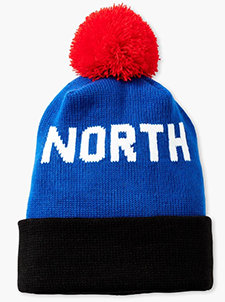 In the summer of 2014, I wrote a lighthearted article for Minnesota Monthly called “Divorcing the Midwest.” It had been an arranged marriage, official only since 1984, when the U.S. Census Bureau tied the knot binding Minnesota to 11 other states in the country’s ample midsection and hoped we’d learn to love each other.

Or not. So long as we were accounted for, out there in Mindianapolis.

Among the alternate identities I explored was the North Coast (invented by Heavy Table, the food-and-drink website, to encompass the Great Lakes states), Top Coast (conceived by Minnesota Public Radio), and just plain North, which had recently become a thing on hats.

North, it’s fair to say, has won out. Askov Finlayson, the Dayton brothers’ store, has propagated the name well beyond its hats, shirts, pennants, keychains, etc. Artful Living, based in Minneapolis, now calls itself the “magazine of the North.” Mpls.St.Paul Magazine has launched the “Made in the North” awards. And Minnesota Monthly has doubled down, rebranding sections as “True North” and “L’Etoile du Nord.” There’s a food-startup incubator called GrowNorth Mn (backed by General Mills) and a FilmNorth (formerly IFP Minnesota) and “The North is Rising,” the slogan for the state’s new pro soccer team, which humbly suggests we’ve been lying low.

Eric Dayton, who coined the term, said at the outset that he wasn’t interested in leading an official campaign, that he was just tossing it out there, like a lofted volleyball awaiting a spike. The Super Bowl, with its “Bold North” concept, delivered the punch — for months and for profit. And because the Super Bowl is the only thing less cool than declaring yourself cool, some Minnesotans are now claiming to suffer from “North fatigue.”

In a Star Tribune commentary last week, writer Chris Clayton describes the symptoms as anxiety and unease, brought on by a vision of the North barely distinguishable from Nordic, without the complexity of contemporary Minnesota. The North, he declares, is “nothing more than A Prairie Home Companion told as an Instagram story.”

Others have complained that the North, if not frozen in time, seems frozen meteorologically. That its hearty denizens have cast it as, well, Frozen — arguably a less attractive prospect than the nine months of the year when Minnesotans break out the jean shorts.

All over but the recriminations

These are ostensibly fair points. It’s not like Phoenix, after all, is bragging about summer. And to the extent that the North (or Bold North) imagery has focused on “stuff white people like”— hockey, Nordic skiing, craft beer, quinzees, Idina Menzel — it’s possible to see Pastor Ingqvist and Florian Krebsbach, after a beer and a bump and a makeover at Askov Finlayson, fitting right into the next #Bold North ad campaign. 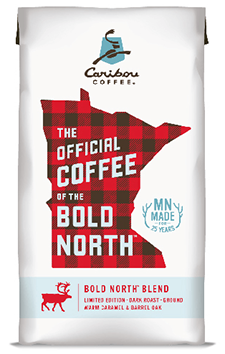 But the Super Bowl was in fact in freezing February, and now it’s all over but the recriminations. Soon it will be spring, and there won’t ever be another month so focused on Vikings and disoriented white people in Minnesota unless the Kensington Runestone turns out to be real.

There isn’t going to be another Bold North campaign. And there won’t be another North campaign, because there never really has been. There’s no trademark, no Twitter account. It’s still a volleyball, up for grabs.

Indeed, the perception of a North propped up by Nordic-themed social media turns out to be more imagined than the North itself. Recent pics tagged the #TheNorth or #BoldNorth are mostly of snow-covered streets, parks, and lakes, which is about as public domain as it gets in Minnesota this time of year. Last summer, the imagery was much the same, only without the snow — the North, it appears, is as warm as the Midwest. One of the most popular tagged pics is of Mayor Frey handing out Somali sambusas. 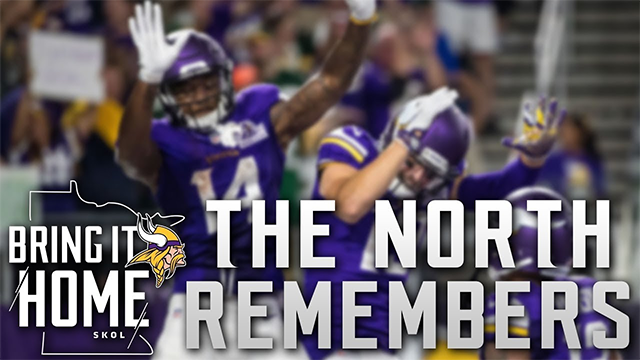 Minnesota has real issues, and attracting people might be one of them. Though it’s outpaced the rest of the Midwest in population gains, Minnesota may well lose a seat in Congress because of higher growth in the Sun Belt. 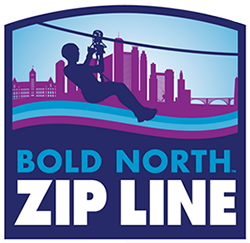 It could lose business, too. Our economy already depends on migration just to get our GDP up about 1.5 percent a year — less than the nation as a whole — because of the decades-long outflow of Minnesotans to other parts of the country. Going forward, as Baby Boomers begin to retire en masse, we’ll need an estimated 4.5 times the number of current newcomers just to boost our labor force by .5 percent.

That’s a lot of people to recruit. And it’s worth wondering whether we’re sending them the right message: about who we are, and who they could become when they arrive. Instead, we’re debating ideal temperatures and who’s imposing on whom, like a couple arguing over the thermostat.

Shortly after conceiving the North, the Daytons introduced a corollary: “Keep the North Cold.” It’s about climate change, a call to action and, more recently, a commitment on the part of Askov Finlayson to donate 110 percent of the carbon cost of producing their merchandise to organizations mitigating the risks of rising temperatures. 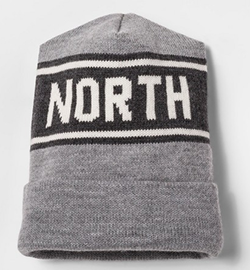 It makes sense: many of the things that make Minnesota inviting — clear lakes, sturdy health, productive farms and forests — are vulnerable to the fastest-warming temperatures in the country, particularly in winter. And we can’t have the idyllic summers — much less the moose, loons, and walleye — without the chilling effects of our deep winters.

But it’s opened Askov to the criticism that the North is a snow globe, cold and cloistered. Keep off the tundra. Clayton goes a step further to suggest that the inevitability of some climate change means we should be looking ahead to new opportunities, if not symbols, for the day when the North is more like the South, and the Twin Cities — far from a cold Omaha, as Hubert Humphrey once fretted — is just Omaha. 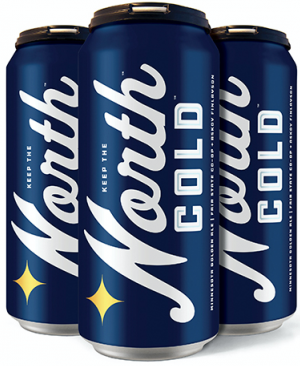 The tagline has also spawned ill-conceived knock-offs, like the “We Like it Cold” signs at Mall of America during the Super Bowl, which might have triggered anyone who recalls Minneapolis’s “The Coolest Place on Earth” campaign from the early aughts. (“Some Like it Cold,” for a couple reasons, would have been more accurate.)

Of course, if their only goal is to advocate for the good life, Northerners could probably do that without the cosplay of an invented region. But I think they’re also into invention itself. The self-determination of not just taking what’s been given, but reshaping it to suit themselves and the times. The way Dylan did when he called himself Dylan, and left what he called the “snowy North.”

In fact the very knock against the North — that times change — is also its justification. We were North Central before we were Midwest, and Northwest before then. Here, in whatever anyone wants to call it, we can be whatever we want.