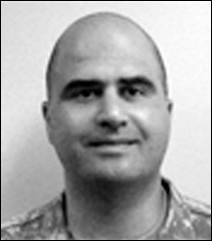 WASHINGTON, D.C. — A complicated picture is emerging of both the shootings at Fort Hood that left 12 people dead and 31 wounded, as well as the soldier suspected of carrying them out, Army psychiatrist Maj. Nidal Malik Hasan.

Officials have so far provided only the most basic of facts. Investigators believe Hasan alone was responsible for the attack on Thursday, and contrary to earlier reports, Hasan is alive and in the custody of authorities, though he was shot by a female first responder, according to Lt. Gen. Robert Cone, the commanding officer at Fort Hood.

Cone adamantly refused to discuss Hasan, other than to say that his death was “not imminent.” But media reports throughout the day offered shreds of information that could illuminate potential motives for the attacks.

Hasan was a US-born Army psychiatrist who had never deployed to a war zone but was due to deploy to Iraq soon. Numerous reports suggest that he repeatedly said he did not want to deploy to Iraq and held strident views about US involvement in Iraq and Afghanistan.

The tragedy began to unfold at about 1:30 p.m. local time at Fort Hood, a sprawling base north of Austin. Cone says that only one suspect opened fire at the post’s soldier readiness center, where dozens of American soldiers had gathered for pre-deployment processing.

This contradicted early media reports that as many as three gunman were roaming the post. Cone says three other suspects were also detained and questioned, but all have been released.

Fort Hood was in “lock down” for at least five hours as authorities scoured the base to ensure the safety of the estimated 50,000 to 75,000 residents.

Cone says investigators have not dismissed the possibility that there might have been other accomplices. There are questions about how one person who reportedly had only two handguns could harm so many people. But Cone said the readiness center was crowded, which could account for the high casualty figures. The FBI is on site to investigate, he added.

There is no evidence, however, to suggest the attack was linked to terrorism, he said.

Who is Nidal Malik Hasan?

Seeking to understand why a psychiatrist trained to help soldiers cope with the stress of warfare instead turned on them, news networks patched together fragmentary stories about Hasan throughout the day.

Terry Lee, a retired Army colonel who knew Hasan, told Fox News about a story he heard secondhand. He said a fellow colleague had told him that Hasan had made “outlandish comments” about the wars in Iraq and Afghanistan and US involvement in them and that “Muslims had a right to rise up and attack Americans in Iraq and Afghanistan.”

“[He] made comments about how we shouldn’t be over there – you need to lock it up, Muslims should stand up and fight against the aggressor,” Lee added.

But the suspect’s cousin, Nader Hasan, gave Fox News a different picture. He said his cousin had never deployed but was affected by the war and had been concerned about his impending deployment.

“He would tell us how he would hear things, horrific things, things from war probably affecting him psychologically,” Nader Hasan said.

Nidal Malik Hasan attended high school in Roanoke, Va., studied biochemistry at Virginia Tech, played sports, didn’t get into any trouble, and appeared to be a normal, well-adjusted individual, the cousin said. He was a psychiatry resident at Walter Reed Army Medical Center in Washington and was apparently working at Fort Hood during the pre-deployment process for soldiers.

The New York Times reports that Hasan felt he was harassed because he was a Muslim. CNN said he was being tracked by the federal government because of inflammatory views about suicide bombings expressed on the Internet.

“It is difficult enough when we lose brave Americans in battles overseas, it is horrifying that they should come under fire on an Army base on American soil,” said President Obama in Washington.