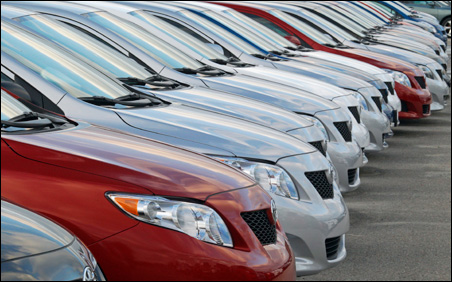 REUTERS/Brian Snyder
Some say Toyota’s very success contributed to some of its failures.

In 2002, Fujio Cho, then president of Toyota, announced Global Vision 2010 — Toyota’s ambitious goal to capture 15 percent of the global auto market and become the No. 1 carmaker in the world by this year.

The company has achieved part of that goal. Although it hasn’t captured 15 percent of global market share, Toyota surpassed General Motors two years ago to become the world’s largest carmaker.

But, as Toyota’s recalls and sales suspensions spread across the globe, some consumers are asking, at what cost? Did Toyota’s drive for rapid expansion cost the carmaker its reputation for quality?

“It’s obvious that they were looking at incredible expansion,” says Aaron Bragman, research analyst at IHS Global Insight. “They were pursuing growth at the expense of quality. And now Toyota is paying a price for it.”

Another former Toyota president, Katsuaki Watanabe (who is now vice chairman), acknowledged these issues well before now. In a 2008 speech to Japan’s National Press Club, he said that Toyota was falling victim to “big company disease” – arrogance and complacency brought on by the car company’s rise to the top.

“The fact that Toyota is growing globally suddenly shouldn’t be used as an excuse [for problems],” Mr. Watanabe said, according to the Associated Press.

Toyota’s very success contributed to some of its failures, some say.

“They probably rested on their laurels,” says Michelle Krebs, senior analyst at Edmunds.com. “Toyota has been the favored child for a long time. Now, all of a sudden, they’re just like the rest of the auto companies: They make mistakes.”

“We’ve always wondered if they’ve stretched their resources too thin,” she says. “Engineering, marketing, manufacturing – they’re doing a lot more with the same amount of people.”

That drive for efficiency may have led Toyota to cut corners, she says.

“They’re just like everybody else, finding ways to trim costs. Perhaps something gets overlooked, or they’re not testing completely. We don’t know yet.”

Outsourcing may have also played a part in the carmaker’s problems.

Toyota used to buy parts from a small group of Japanese suppliers that were longtime partners. But, like almost all automakers, Toyota more recently has outsourced much of its manufacturing and production.

The recalled accelerator pedals were produced in a firm based in Elkhart, Ind. – CTS Corp. So far, pedals made by Toyota’s original manufacturer, Japanese firm Denso Corp., have not had problems.

As part of it drive for growth, Toyota also began putting common components in multiple vehicle models. Component sharing is a common practice in the competitive, cost-conscious auto industry.

“They’re doing a lot of economizing by sharing architecture across the globe,” Krebs says. “When something goes wrong, it can be huge, which we’re seeing now.”