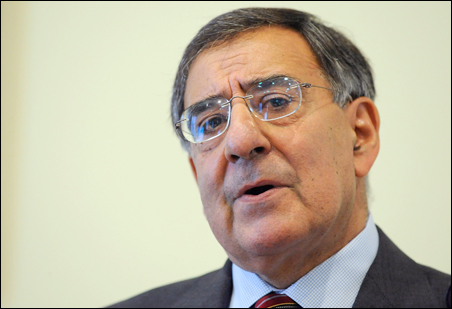 U.S. intelligence officials said that an Al Qaeda member involved in the attack on a CIA base in Afghanistan in December was killed in an airstrike last week.

The announcement was made after CIA Director Leon Panetta told a newspaper Wednesday that U.S. and Pakistani attacks against Al Qaeda in Pakistan have crippled the group and its leadership.

Agence France-Presse reports that the militant killed by a US unmanned aerial drone attack March 8 was Hussein Al-Yemeni, who specialized in bombs and directing suicide operations. He had played a “key role” in the attack on the CIA base on Dec. 30 that killed seven Americans, according to AFP’s source, a US counterterrorism official.

The U.S. had stepped up drone strikes in Pakistan after the attack on the CIA base, and some intelligence officials had promised to exact vengeance on the planners, reports the Los Angeles Times, which says they appeared “elated” upon confirming Yemeni’s death.

The Times also reports that more than a dozen people were killed along with Yemeni in Miram Miram Shah, a city in northwest Pakistan’s North Waziristan province and a known stronghold of the Taliban and Taliban-allied militant groups such as the Haqqani network.

Read a Monitor briefing on the Haqqani network.

According to the Los Angeles Times, Yemeni, originally from Yemen, was among the top two dozen most-wanted Al Qaeda leaders, and was a “key intermediary” between Al Qaeda and the Haqqani network. He was a conduit for “funds, messages and recruits,” and also had ties to Al Qaeda in the Arabian Peninsula, the branch based in Yemen, reports the Times.

The Washington Post reports that it was believed the strike was the first in a heavily populated urban area, and targeted a building where many Al Qaeda militants were building bombs. Mr. Panetta told the Post, without mentioning the March 8 airstrike specifically, that such strikes send a “very important signal that they are not going to be able to hide in urban areas.”

Drone strikes, which have increased during the Obama administration, have incited anger from Pakistan’s public because of the civilian casualties they cause. A counterterrorism official called the strike that killed Yemeni a “clean, precise action that shows these killers cannot hide even in relatively built-up places,” the Los Angeles Times reported.

Panetta also told the Post that the U.S. war against Al Qaeda in Pakistan, which is conducted largely through airstrikes from unmanned aerial drones, was hampering Al Qaeda’s ability to attack targets outside Pakistan and Afghanistan and eliminating its leaders.

So profound is Al Qaeda’s disarray that one of its lieutenants, in a recently intercepted message, pleaded with bin Laden to come to the group’s rescue and provide some leadership, Panetta said. He credited improved coordination with Pakistan’s government and what he called “the most aggressive operation that CIA has been involved in in our history,” offering a near-acknowledgment of what is officially a secret war.

“Those operations are seriously disrupting Al Qaeda,” Panetta said. “It’s pretty clear from all the intelligence we are getting that they are having a very difficult time putting together any kind of command and control, that they are scrambling. And that we really do have them on the run.”

CNN reports that the message Panetta referenced was from Al Qaeda members who were asking Osama bin Laden to take a more visible leadership role. Panetta said in the Post interview that the US onslaught against Al Qaeda has forced the leader underground. According to CNN, Al Qaeda foot soldiers are unhappy with that.

Osama bin Laden is “rarely seen, rarely heard,” the official said, and that is “troubling” to those who see him as their leader. “There are strong indications that some Al Qaeda terrorists would like Bin Laden to take a higher profile,” the official said.