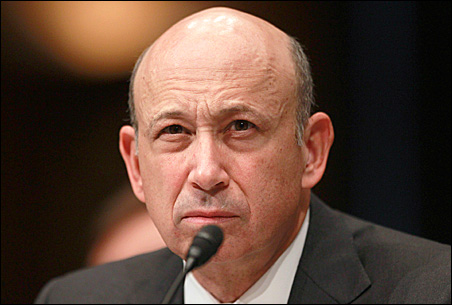 A little bit of both could have been happening Tuesday, as Goldman Sachs officials, including CEO Lloyd Blankfein, appeared before a Senate subcommittee and tried to explain their involvement in the subprime mortgage crisis.

Internal Goldman documents, released by the Senate, show that the firm appeared to be profiting from the collapsing housing market – even bragging about it at times. That wouldn’t be surprising.

On Wall Street, Goldman Sachs is admired to a certain extent for its ability to generate profits. The Wall Street firm is known for its trading expertise and superior market intelligence. The firm is so dominant in some areas that many sophisticated investors feel they have to deal with them.

But Goldman Sachs is also known for a certain swagger – perhaps a feeling that the firm is king of the hill, able to hire some of the best people to manage a sophisticated trading machine.

“The major view of a vast number of agents around Wall Street is that Goldman Sachs is the firm they love to hate,” says David Kotok, chairman of Cumberland Advisors, an investment manager in Vineland, N.J.

“There are several reasons: They hire very smart people, and some of them come across as very arrogant,” Mr. Kotok says. “When you are smart and people are jealous of your success or you act in an arrogant way, you become unloved.”

There is also a perception on Wall Street that Goldman Sachs puts its own interest first, says Bob Brusca, an economist at Fact & Opinion Economics in New York. “All this stuff about how clients are important to them – it’s the same way sheep are important to wolves.”

The Securities and Exchange Commission (SEC) has filed charges against Goldman Sachs, alleging that some of the firm’s dealings in the financial crisis were fraudulent.

To many on Wall Street, the hearing is an attempt by Congress to embarrass Goldman Sachs, thus making financial reform look better. A major financial-reform package stalled Monday night as Senate Democrats failed to get enough votes to begin debate on it.

In documents released by Congress, Goldman Sachs executives sometimes appear to be bragging about their ability to profit as the US housing market disintegrated. However, on Monday night, Goldman CEO Lloyd Blankfein issued a statement denying that the company was trying to profit from the housing crisis.

Still, the Goldman Sachs trading desk appears to have had its own doubts about some products it was trying to sell to clients. Documents released during the Tuesday hearing included disparaging comments by the salespeople about some debt instruments Goldman was trying to get clients to buy.

One Wall Street investment adviser, who requested anonymity because he is not authorized to speak for his firm, says that Congress’s scrutiny of the Goldman Sachs trading desk reveals a dichotomy on Wall Street: Sometimes a firm has a fiduciary responsibility, and other times it acts like a broker.

“When Goldman’s acting like a broker, it’s a matter of ‘buyer beware,’ ” he says. “The people who got duped were smart money, not dumb money.”

Kotok expects the government to extend its gaze to other securities firms and perhaps some hedge funds.

“My sense is that when this is over, there will be more firms, more hedge funds, more civil and criminal charges, and a very aggressive SEC which is unafraid of taking on Goldman Sachs or anyone else – and wants to redeem itself in the eyes of the world in light of Bernard Madoff and others,” he says.