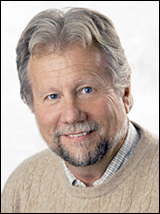 JOHANNESBURG, SOUTH AFRICA — Twin Cities lawyer Peter Erlinder, arrested on charges of denying and minimizing the Rwandan genocide of 1994, will find out today whether he will be granted bail in a trial that is expected to signal just how much room there is for political expression and dissent in the country ruled for the past 16 years by President Paul Kagame.

Mr. Erlinder, a law professor at William Mitchell College of Law in St. Paul, was arrested in the nation’s capital, Kigali, on May 28, soon after his arrival to prepare a case for genocide-denial charges against opposition presidential candidate, Victoire Ingabire.

If convicted of the charges against him, Erlinder could face 10 to 20 years in prison. Even before jail time begins Erlinder’s family worry about his health in custody. Erlinder was taken to hospital on June 16 for concerns about his blood pressure.

“The (Rwandan) government has a reputation in implementing economic reforms, tackling corruption, and in women’s representation, and that makes it a ‘donor darling,’ ” says Jason Stearns, an independent analyst on Rwanda and the Democratic Republic of Congo. “But at the same time, Rwanda’s government has greatly restricted political space and the freedom of expression, which raises fears about the long term sustainability of those reforms.”

With elections looming later this year, the big question isn’t who is going to win, says Mr. Stearns; the greatest possibility of dissent comes from within the ruling party, not the opposition, as shown through a series of high-level defections from Kagame’s inner circle. “The big question is how over the next seven-year term will Paul Kagame transform his government,” says Stearns, “from a very tightly controlled one into one that is more broadly representative.”

A thorn in Kagame’s side
As a lawyer, Erlinder has been a thorn in the side of the Kagame regime since the mid-1990s, defending former Rwandan military officials who were accused of orchestrating the genocide of 800,000 Rwandans from April-July 1994. Erlinder’s defense exonerated the top people accused of orchestrating the genocide, although some subordinates were found guilty of specific war crimes short of genocide.

Erlinder’s statements are controversial. He doesn’t actually deny that the killing of 800,000 Rwandans (mainly of the Tutsi ethnic group) took place; he just denies that the slaughter was organized by Kagame’s enemies, the extremist members of the President Habyarimana government, but was rather the spontaneous reaction by civilians.

Erlinder also alleges that the slaughter was largely kicked off by a military invasion by President Kagame himself, when he was a rebel leader, after the April 6, 1994, assassination of Habyarimana.

“The real news was that ALL of the top Rwandan military officers, including the supposedly infamous Colonel Bagosora, were found not guilty of conspiracy or planning to commit genocide,” Erlinder wrote in a contentious article entitled, “Rwanda: No conspiracy, no genocide planning … no genocide?”

“This raises the more profound question: If there was no conspiracy and no planning to kill ethnic (i.e., Tutsi) civilians, can the tragedy that engulfed Rwanda properly be called ‘a genocide’ at all?” he continues. “Or, was it closer to a case of civilians being caught up in war-time violence, like the Eastern Front in WWII, rather than the planned behind-the-lines killings in Nazi death camps?”

Erlinder frequently questions the use of the word “genocide” to describe the massacre of April to July 1994, and the Rwandan government has compiled evidence of his avoidance of the term to argue that he is in contravention of its nebulous law against genocide denial.

“There is strong evidence against Carl Peter Erlinder especially through his publications and conferences,” reads an English version of the indictment against Erlinder obtained by The Monitor. “For instance, in his article published on February 2, 2009 he said that ‘In early 2008, Spain indicted 40 leading members of Kagame government which followed a late 2006 french indictment charging Kagame and his followers with assassinating former Rwandan and Burundian Presidents, the crime that triggered 1994 civilians-on-civilians killings in Rwanda.’ The fact that Carl Peter Erlinder said that what happened in Rwanda in 1994 were civilians-on-civilians killings is evidence that he denies genocide.”

U.S. reaction
The American Bar Association, the US State Department, and a number of US congressmen have urged Rwanda to release Erlinder and to drop the charges. A congressional resolution reminded Rwanda’s government that its constitution provides for free political expression, and also that the US government has provided nearly $1 billion in foreign assistance since 2000.

Yet those who have faced the Rwandan court system on political charges say that Kagame will remain dogged in his pursuit of those he regards as political enemies, including Erlinder and Ingabire.

“I don’t see how anyone can have a fair trial in Rwanda,” says Retired Col. Patrick Karegeya, Kagame’s former head of external intelligence from 1994 until 2004, when he was jailed for insubordination, and later fled into exile in South Africa. “There is no judicial system. OK, if you get caught stealing a chicken, that is one thing. But when it comes to political cases, which I think this is, even getting bail is very hard.”