Homes and a Roman Catholic church in Belfast, Northern Ireland, came under attack last night in the city’s worst night of sustained violence in recent years. And as riots erupted in a divided Catholic and Protestant area, many are asking why the Ulster Volunteer Force (UFV), the pro-British paramilitary organization being held responsible for the violence, has refused to go away despite having supposedly destroyed its weapons.

In a sign of the progress in combating sectarian divides, politicians from across the political spectrum have condemned the attacks, saying paramilitaries have no role in today’s Northern Ireland.

The Police Service of Northern Ireland appealed to “anyone with any influence” work with them to stop future outbreaks of sectarian violence. Still, questions are being raised about the possible power struggles in the group that could disrupt the peace in the broader community.

The Short Strand, a small Catholic and republican enclave on the edge of predominantly Protestant and pro-British east Belfast, has long suffered from so-called “interface violence,” going back to the effective beginning of the Northern Ireland conflict in 1969.

Willie Ward, who works at St. Matthew’s, the local Catholic church in the area, witnessed the attacks.

“It was purely a sectarian attack on the Catholic community, and people came out to defend their homes,” he says. “Two to three hundred loyalists were attempting to climbs the walls of the church and local homes and attacking them with petrol bombs, stones, bricks and paint bombs.”

Mr. Ward says locals – including some Protestant neighbors – are shaken: “The people here are afraid, we’ve had to move pensioners out of their houses. [The paramilitary members] also attacked a bus going through the area, one that included Protestants.”

Chris Lyttle, a local lawmaker with the Alliance Party, which says it has no position on Northern Ireland’s place in the United Kingdom or a United Ireland, said that “the orchestrated violence in East Belfast is utterly destructive, unjustifiable, and unrepresentative of the new Northern Ireland. Those engaging in this rioting have nothing to offer the local community and we need political representatives from all backgrounds to take a firm and united stance against it.”

Sammy Douglas, a lawmaker with the pro-British Democratic Unionist Party, the largest group in the powersharing government, says he was “sad and dejected” after witnessing some of the “the worst [rioting] it’s been since 1969.”

“For some weeks, there has been sporadic instances of antisocial stone-throwing across the interface in this area,” said Belfast’s Mayor Niall Ó Donnghaile, who is a member of the republican party Sinn Féin and a resident of the area. “Local community representatives and politicians have been trying to deal with it with some success. It is important that this good work continues.

“However, what happened last night was not antisocial behavior or a sectarian riot,” he stated. “What happened was a well planned and orchestrated attack on the Catholic community in the Short Strand by the UVF.”

He says that the UVF’s activities in East Belfast have been a cause for concern for some time. “There has been a marked increase in UVF flag-flying, the painting of new paramilitary murals, and significant agitation around Loyal Order parades,” Mr. Ó Donnghaile says.

The UVF, founded in 1966 – three years before the Northern Irish conflict started in earnest – was one of the two pro-British paramilitary organizations involved in the conflict. A total of 481 killings have been attributed to the group. A leading member, Bobby Moffet, was shot dead by members of his own organization in 2009. Earlier in 2009, the group declared it has decommissioned its weapons.

The Independent International Commission on Decommissioning, led by retired Canadian General John de Chastelain, oversaw the decommissioning process. Despite this, fears have arisen that a new generation is attempting to seize power within the organization – and is willing to return to sectarian violence in order to achieve it.

Brian Walker, a professor of Irish studies at Queen’s University Belfast, cautions against seeing the violence as part of a campaign to reignite the conflict.

“It appears to have been a manifestation of loyalist disaffection. The loyalist side is less well disciplined than the republican side. It’s hard to see it as a campaign, though the numbers involved [last night] are worrying,” he said.

A community activist working in Protestant east Belfast, who did not wish to be identified, told the Monitor the attacks were a result of a power struggle within loyalist paramilitarism.

“You have to look at what’s happening within the UVF: the loss of leadership and loss of control,” he says. “The east Belfast [brigade of the] UVF is flexing its muscles.” 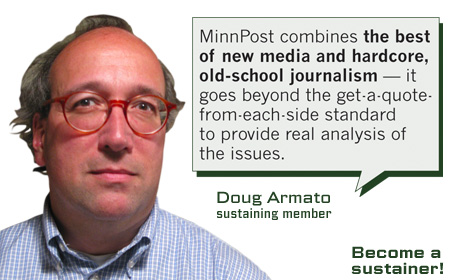