WASHINGTON — Rep. David Wu (D) of Oregon announced Tuesday that he will resign his seat, after allegations of an unwanted sexual encounter with a young woman.

“The well-being of my children must come before anything else,” said Rep. Wu in a statement. “With great sadness, I therefore intend to resign effective upon the resolution of the debt-ceiling crisis,” said Wu, who was elected to Congress in 1998 as the first Chinese-American in the House.

On Friday, Wu’s hometown newspaper, The Oregonian, broke the story about his alleged encounter with an 18-year-old over Thanksgiving weekend last year. Wu told his senior aides that the encounter was consensual, the story reports. 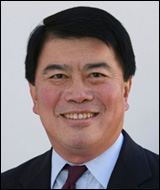 Wu, who is separated from his wife, thus becomes the second House Democrat in the last six weeks to be forced from office as a result of a sex scandal. New York Rep. Anthony Weiner resigned June 16, after admitting he had sent lewd photos of himself via Twitter.

After the Oregonian story broke, many called for Wu’s resignation. House Minority Leader Nancy Pelosi and Democratic Congressional Campaign Committee Chair Steve Israel called for an immediate Ethics Committee investigation. The two Democratic senators from Oregon, Ron Wyden and Jeff Merkley, told Wu’s chief of staff Tuesday morning that they were going to call on him to step down, Politico reports.

Oregon Gov. John Kitzhaber, a Democrat, will set the date for a special election to fill Wu’s seat.

Wu was already expected to face a challenging battle for re-election in 2012, given published reports of erratic behavior, including sending a photo of himself in a tiger costume to staff members.