When the western city of Misurata came under siege during Libya‘s revolution last year, Adnan al-Baghathi grieved for his countrymen. After Misurata residents fled to his town of Benghazi – 20 hours to the east by boat – he arranged lodging for them and organized food deliveries.

Today, however, he has no love lost for Misurata’s residents, claiming they have monopolized top posts in the new Tripoli-based government and sidelined easterners, who spearheaded the uprising against Libyan leader Muammar Qaddafi.

“Everyone sacrificed during the revolution,” Mr. Baghathi grumbles. “It doesn’t belong to any one town or region.”

So now, eastern Libyans like Baghathi who chanted “no east, no west, Libya is one” during the revolution are backing a nascent eastern political movement that is moving to break away from Tripoli. On March 6, about 2,800 political and social activists gathered in an old soap factory near Benghazi to announce the formation of an interim council that would pave the way for the creation of an autonomous government.

Easterners hope that such a return to federalism, which prevailed here before Mr. Qaddafi took over, could provide them with better community services and a greater share of the spoils from Libya’s oil industry, which is largely concentrated in the east and south.

“We see none of our country’s great oil wealth,” laments Mukhtar Jabir of Benghazi. “All we know is oil is pumped from under our feet and goes to pay for health and education somewhere else.”

But the eastern move toward autonomy could also have serious ramifications for the fragile state that has emerged from the ruins of Qaddafi’s 42-year rule. While many proponents say such a move must be accomplished through democratic means, regional militias could take up arms to defend their territories and plunge the nation into a new civil war.

To reverse decades of marginalization, easterners seek to develop a quasi-state with its own legislature and court system. The local government would run education, housing, and health ministries, while foreign affairs would be kept in the hands of the central government.

“We in the east and the south have been marginalized the past 50 years,” says conference organizer Abu Bakr Bueira. “All the major positions, jobs, and money are in Tripoli, not Benghazi.”

Participants at the March 6 conference chose Ahmad Zubayr al-Sanussi, a relative of the monarch whom Qaddafi overthrew in 1969, to lead the interim council.

The monarchy that ruled from 1951 to 1969 was based in eastern Libya. The aristocratic elite came from eastern cities. Foreign ambassadors called Benghazi home. For the first 12 years of the monarchy, Libya comprised three republics: Cyrenaica in the east, Tripolitania in the west, and Fezzan in the south. To mitigate fears that heavily populated Tripolitania would dominate the sparsely inhabited provinces of Cyrenaica and Fezzan, colonial powers pushed through a federalist form of government with a high degree of regional autonomy.

The federalist system was abolished in 1963 after Libya began pumping oil and regional veto power over the nascent industry’s activities proved unmanageable. Qaddafi overthrew the monarchy six years later, leading to a steady decline in the east’s fortunes.

When revolution erupted in Benghazi last year, many easterners were optimistic the uprising would restore the province’s past glory. Most of the members of the interim government, the National Transitional Council (NTC), hailed from the region.

When the capital of Tripoli fell, though, easterners’ hopes were dashed. The NTC moved its offices from Benghazi to Tripoli. The top positions in the first post-Qaddafi cabinet were allocated to Tripolitanians. When the NTC announced its election law in February, Tripolitania was allocated 102 seats in the 200-seat parliament, while Cyrenaica only received 60.

While the allocation was supposed to be proportionate to population, it was based on the 2006 census, conducted under Qaddafi and now distrusted.

“Qaddafi manipulated figures for his own purposes,” says Farag al-Kaza, a US-trained engineer and leading proponent of federalism. “People from Chad, Niger, and Mali were taken from the desert and given Libyan citizenship.”

Same as the old boss?

It is not only technocrats who support federalism. Among those attending the March conference were a number of military defectors and militia leaders who fought to overthrow Qaddafi. 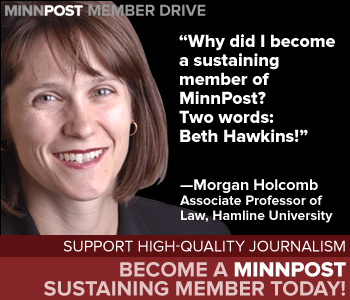 “We did not battle the old regime so a new one could rule us,” says fighter Muhammad Mismari, who lost a brother during the revolution. But when asked if easterners were prepared to fight again to achieve their aims, he dismissed the suggestion. “We are one country and one people. But we want our rights, and we won’t let Tripoli dictate to us.”

Muhammad Kikhia, a college dean whose brother Mansur was Libya’s foreign minister in the 1970s, agrees. “We have to go through a democratic system to convince people. This is a peaceful movement, there will be no violence.” But others, such as Mr. Bueira, are more uncompromising: “If no federal system is adopted across Libya, and we still feel the east is threatened, there is a possibility of separation.”

Such talk has unsettled the NTC. “We are not prepared to divide Libya,” NTC chairman Mustafa Abdul Jalil said March 6. Despite hailing from the east himself, he vowed the NTC would “use force” to defend the country’s integrity.