The finding by a Virginia jury Wednesday that Virginia Tech was negligent in its reaction to a campus gunman who killed 33 people, including himself, in 2007 could play into the politics of a growing movement to allow college students to arm themselves on campus.

The judge in the Virginia case awarded families of two victims $8 million, after the jury found the university waited too long to notify students that a gunman, who turned out to be a student named Seung-Hui Cho, was walking the campus. Two hours after killing two students in what police first thought was a jealousy killing, Mr. Cho killed 30 others in Norris Hall before killing himself in the worst campus massacre in US history.

The negligence finding could be appealed by the school, and there is some question over what the state-funded school will have to pay, given that state law limits damages to $100,000 per victim. Families of the other 30 victims had already accepted an $11 million settlement with the state in 2008.

But the verdict is a point that gun-rights groups say they’ll pick up and use to argue for states to allow legal gun carry on college campuses.

“It’s hard to tell what implications this ruling will have on colleges in the rest of the nation, but I think it does serve to put them on notice that they are liable for student safety,” says David Burnett, spokesman for Students for Concealed Carry, a group founded in the wake of the Virginia Tech shooting. “I think it will make it easier for us to point to these financial penalties and say, ‘Virginia Tech may be able to assume those liabilities, but can you as a college afford to spend $100,000 per victim if, heaven forbid, you’re the target of the next shooting?’ ”

Campus carry has become an issue because state university systems have generally crafted their own restrictive rules for guns on college property.

Since the Virginia Tech shooting, campus-carry laws have been introduced and stymied more than 50 times in seven states. Even Texas, a famously a pro-gun state, narrowly defeated a campus-carry law in 2011. Before the vote, state Sen. Rodney Ellis asserted that such laws could make shooting situations more dangerous, in part because they could create confusion for responding police.

“We don’t need to incentivize campus Rambos,” he said.

But gun-rights groups are starting to make some headway.

Sensing that momentum, anti-campus-carry forces are also gearing up. This week in Atlanta a group of activists lobbied in the Georgia House of Representatives, which recently voted down a campus-carry law despite concern at Georgia Tech about a growing number of students falling victim to violent crimes near the campus. 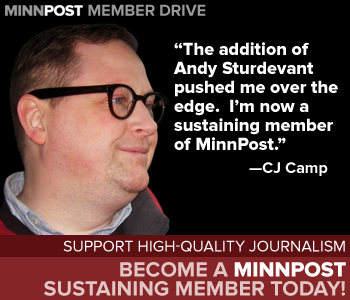 College campuses continue to be affected by gun violence. In 2008, a gunman killed four people and then himself on the campus of Northern Illinois University. This week, authorities arrested a student for threatening to start shooting at the University of Maryland in College Park, vowing “to kill enough people to make it to the national news.” And last week, a gunman killed one person and wounded six at a psychiatric clinic at the University of Pittsburgh before being shot and killed by police.

Campus-carry proponents say such efforts are not enough.

“Frankly, we don’t want guns on campuses, either, but we’re trying to convince colleges that they need more than signs,” says Mr. Burnett. “It’s just naive and dangerous that they continue to assert that signs are sufficient to protect college campuses.”