Professional baseball here is reeling under a bribery scandal that threatens to slow the game’s ascent as Korea’s national pastime while the country’s eight teams wind up spring training in the US and Japan.

Anyone can bet online on anything from the next batter to the next pitch. The problem is that gangsters see easy money in fixing bets by bribing athletes. Prosecutors, hoping to snuff out the latest scandal before it spreads beyond a small number of players and “brokers,” indicted two pitchers last week but acknowledge defeating the problem won’t be easy.

News of the scandals comes as a special shock to US major league veteran Jerry Royster, the only foreigner ever to manage a Korean team. “I never saw anything like that,” says Mr. Royster, who counts his stint as manager for the Lotte Giants from 2008 through 2010 as “one of my most memorable experiences in my 40 years in the game.”

Royster, taken on this season by Boston Red Sox manager Bobby Valentine as his third-base coach,  says “it’s great” that investigators could “get to the bottom of this horrible scandal.”  He adds in an e-mail exchange in the middle of spring training in Florida: “ I am sure it never happened on my team.”

A major question, though, is how did bribery become part of Korean baseball – and other sports such as soccer and volleyball?

The answer, say investigators, is that gangsters, called “brokers,” try to fix bets by getting through to players by Internet, phone, or e-mail to entice them into taking bribes.  One of the indicted players had still-closer links: According to prosecutors, he shared an apartment with a broker who was indicted as a central figure in the racket.

Almost all Internet gambling on sports is illegal in Korea, but it’s so simple to work around that officials have decided a “no mercy” policy is really the only way to deal with a wide range of suspects.  Beside the two pitchers, prosecutors also indicted 16 professional volleyball players – a far less popular sport in which betting did not have the same visibility.

The fear among baseball insiders is that the scandal will cut into fan enthusiasm just as the sport is turning into a national mania. You Byun-sook of the Korea Baseball Organization, which makes and enforces the rules for South Korea‘s professional teams, worries that it “will have a negative effect” on consumer confidence – though, he adds,  how negative “depends on how we deal with it, how we deal with individual players.”

Prosecutors say the two indicted pitchers, both with the LG Twins, owned by the sprawling LG conglomerate, accepted bribes for up to nearly $5,000 for issuing the first walk in a game.

LG has fired both players, one of whom was the team’s biggest winner last year, with 13 victories for a club that wound up near the bottom of the league. No one questioned his pitching prowess – especially since he racked up all those wins purportedly after having deliberately walked batters at the behest of the broker who took the bets.

The other player, the broker’s roommate, who won only four games in 2011, is accused of taking bribes with another team before the Twins acquired him.

“This is the first time we’ve had such a scandal in Korea,” says Michael Park, who handles liaison between the Korea Baseball Organization and major league baseball in the US.  “Probably it will hurt, but we hope the investigating will be over when the season begins.”

The KBO has suspended both of them pending the final verdicts but realistically sees no chance of acquittals. Eventually they will almost certainly be banned  from playing professionally in Korea.

“I really want them to play,” says Mr. Park, “but for the benefit of the game, they have to be ineligible for life.”

Protecting the rise of baseball

The severity of the penalties reflects the need to protect the integrity of a sport that Royster, the former Lotte Giants manager, sees as rising rapidly in quality as well as popularity.

“Baseball is a big part of the Korean society and the international growth of the nation,” says Royster. “I am proud of the fact that I was the first foreign manager in Korea.  I will be a follower of KBO for the rest of my life.”

On the basis of his years with the Lotte Giants, owned by the same far-reaching empire that owns the Chiba Lotte Marines in Japan’s Pacific League, Royster is “not surprised to see that baseball has taken over as the No. 1 sport in Korea.” The next step “is getting new stadiums,” he says, to replace the somewhat decrepit structures where most of the games are played.

No, “the teams in KBO don’t measure up to pro teams in America” yet says Royster, who played 16 years in the major leagues, including 10 with the Atlanta Braves, and coached and managed for several years for the Colorado Rockies and Milwaukee Brewers. He estimates that play is on the same level as on double-A or single-A minor league affiliates of major league teams.

Still, he says, “Individually there are several players that could make an impact in [Major League Baseball].” Early training, he believes, is what counts.

“Youth baseball and high school baseball have contributed to the growth also,” he says. “Every kid wants to be Lee Dae-ho” – a reference to the Giants’ star hitter who signed to play this season with the Orix Buffaloes in Japan for approximately $10 million.

Hopes for baseball this season

Baseball industry insiders are hoping the scandal will subside by the time the teams return from spring training in the US and Japan and take to the field on opening day, April 6.

“A lot of people will forget very quickly,” says sports writer Cho Mu-hyun of the English-language Korea Times. “I don’t think the damage will be that much.”

He points out that match-fixing is a worldwide issue. Moreover, he says, despite a large-scale scandal last year in which some 50 professional soccer players were accused of match-fixing and banned “forever” by the Korea Football Association, “K-league soccer is more popular than ever.”

Mr. Cho believes that Korean fans will be more interested in the performances of three or four Koreans who have played in the major leagues in the US and are joining Korean teams this year. “People will want to see Park Chan-ho,” he says, referring to the pitcher whom Americans knew as Chan Ho Park.

Mr. Park signed with the Los Angeles Dodgers while still a college student here and posted 124 wins against 98 losses for 7 teams before retiring after 17 seasons. Now Mr. Park, in his late 30s, is joining the Hanwha Eagles this year in his Korean professional debut.

The popularity of baseball here is a national phenomenon. Anyone who’s been to a Korean baseball game can see the incredible enthusiasm fans hold for a sport that most Koreans knew very little about as recently as the 1970s.

“All Koreans have a favorite team,” says Chung Sung-jin, a photographer and LG Twins fan. Mr. Chung goes to about 20 LG games a year in Seoul’s huge Chamsil Baseball Stadium, built for the 1988 Seoul Olympics, and watches many more on television. “I am angry and sad about LG,” he says, not just because of the loss of two of its pitchers in the scandal. “Every year they have a low ranking,” he says. “They built up a good team for this year. We were expecting a good year.”

In the wake of the soccer scandal, some people believe a baseball scandal was almost inevitable: In Korea, corruption is endemic and payoffs are periodically reported just about everywhere – from university campuses to large corporations to political campaigns to the government and the armed forces. And all eight teams are owned by some of Korea’s largest and best-known corporations.

Yoo Eui-dong, a researcher for the Korea Institute for Sports Science, says gamblers operate more than 1,000 illegal sites. “They are all illegal. It is very difficult to stop,” says Mr. Yoo, who earned a doctorate at Florida State University after doing a thesis on Korean baseball. 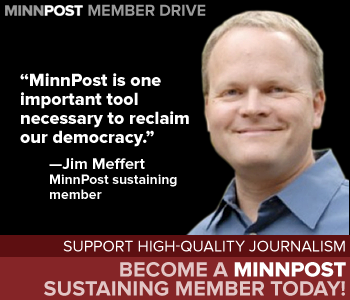 To be sure, as in the US, Koreans can legally bet on the outcome of games. The regulated Sports Toto, under the aegis of the government’s Korea Sports Promotion Foundation, promises to donate all earnings to a fund for developing sports at an amateur level, maintaining enough enthusiasm for some stars eventually to go professional. “You can only bet win or lose,” say Mr. Yoo.

One thing is sure, says Royster.  He’ll be cheering for the Koreans.  “Between the players, coaches, front office personnel, and fans, I have been able to stay on top of the day-to-day happenings in KBO,” he says. “Along with being close to Bobby Valentine, managing in Korea has led directly to me becoming the third base coach for the Boston Red Sox.”

Korean baseball: Could scandal unseat the country’s most lucrative sport?