In an unprecedented move, Russia is offering NATO the use of a Russian airbase for aircraft refueling and the transit of “non lethal” supplies and personnel. Moscow says the offer is an effort to ease the strain on the alliance’s increasingly restricted supply chain to forces in Afghanistan.

The tentative offer was described yesterday by Foreign Minister Sergei Lavrov during a speech to the Russian Duma, the lower house of parliament. It could see up to 30 NATO cargo flights a day come through the Vostochny airport in the Volga region of Ulyanovsk, en route to or from Kabul, about 2,000 miles away.

NATO has been struggling to deliver supplies to troops in Afghanistan since Pakistan‘s decision in November to close US overland supply routes into Afghanistan. And if Kyrgyzstan follows through with its announcement this week that it wants to make an airbase used by NATO a purely civilian facility, that could throw another wrench into NATO’s supply efforts.

The plan still needs to be approved by the Russian government, but there seems little doubt that the idea comes straight from the Kremlin and is unlikely to face any obstacles.

Russian experts say the apparent change of heart in Moscow is partly because of president-elect Vladimir Putin‘s desire to turn away from his sometimes-strident anti-American electoral rhetoric and return to more normal cooperation with the West. Another reason, they say, is that Moscow has become alarmed at talk in the US and other NATO countries about a precipitous pullout of forces from Afghanistan, particularly in the wake of last weekend’s deadly shooting rampage by a US soldier that killed 16 civilians, which appears to have undermined public support for the war.

Despite its often critical stance toward the US, Moscow has long acknowledged that NATO forces are fighting for essential Russian interests in Afghanistan. Should the coalition troops depart and the Taliban return, Russia believes it would face a wave of potential consequences, including an upsurge in Islamist radicalism across former Soviet Central Asia.

Since President Obama started his controversial “reset” of relations with Russia, Moscow has moved to increase cooperation by allowing NATO aircraft to use a permanent “transit corridor” through former Soviet territory (Russian and former Soviet airspace was previously off-limits to NATO military flights) and stepping up joint action against drug trafficking, which Moscow views as one of the biggest threats emanating from Afghanistan.

“It’s in our interests that the coalition achieves a success before withdrawing and makes sure that the Afghans are capable of defending their country and ensuring an acceptable level of security,” Mr. Lavrov said. “We want those who are fending off threats directed at Russia to efficiently fulfill their tasks. Our assistance to the coalition proceeds from our own interests.”

After 9/11, then-President Putin acquiesced in the establishment of US-run airbases in Kyrgyzstan and Uzbekistan, but Moscow quickly soured on the deal and worked through the regional Russian-and-Chinese led Shanghai Cooperation Organization to get the US evicted from Uzbekistan’s Karshi-Khanabad base, located near the Afghan border. In 2005 they succeeded in persuading Uzbekistan to throw NATO forces out.

But despite several threats from Moscow, Kyrgyzstan has regularly renegotiated the US presence at Manas airbase, which has served as a vital link in NATO’s efforts to keep its forces in Afghanistan supplied.

But this week Kyrgyz leaders told visiting US Defense Secretary Leon Panetta that they want to end the military mission at Manas, located near the capital of Bishkek, and turn it into a fully civilian facility by 2014. President Almazbek Atambayev has said that the presence of the US base on Kyrgyz soil could leave the country vulnerable to “retaliatory strikes” in the event of US military action in the region, presumably a reference to widespread talk of war with Iran.

Base would bring business, security

Russia’s offer of the airbase at Ulyanovsk (birthplace of Soviet founder Vladimir Lenin) has, ironically, generated local demonstrations against the idea.

“The anti-NATO demonstrations in Ulyanovsk were, kind of ironically, organized by United Russia [Putin’s party],” says Alexei Malashenko, an expert with the Carnegie Center in Moscow. “It seems people took Putin too literally. There is a contradiction between the things Putin says about US imperialism, and the need to take practical decisions for cooperation. It’s clear all that anti-American rhetoric was mostly an electoral tool.” 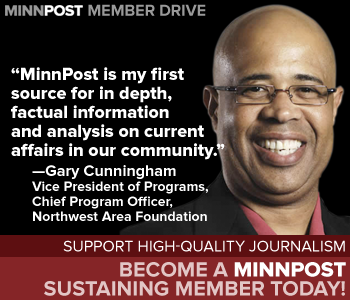 Ulyanovsk Governor Sergei Morozov is on record as supporting the NATO airbase as a “profitable enterprise” for his economically hard-hit region. The airbase being offered was once developed for the Soviet-era Buran space shuttle project, and is considered one of the best airfields in Russia.

“We’re thankful to the Americans: For 10 years they’ve been protecting us from the Taliban,” says Anatoly Tsiganok, an expert with the independent Institute of Political and Military Analysis in Moscow. “Letting them use Ulyanovsk could be just the beginning. We can move on to address other outstanding issues between us, such as the anti-missile shield in Europe.”

But the main incentive driving Moscow to offer NATO a base on its own territory – a previously unthinkable idea – might be a touch of panic at the thought that NATO might really be about to exit Afghanistan in the next year or so.

“A sudden withdrawal of NATO forces from Afghanistan would be bad for Russia, bad for everybody,” says Mr. Malashenko. “There is no doubt that a big part of Russian thinking right now is: let’s do something to encourage the Americans to stay.”

US-Russia ‘reset’ gets a boost with Russian offer of airbase