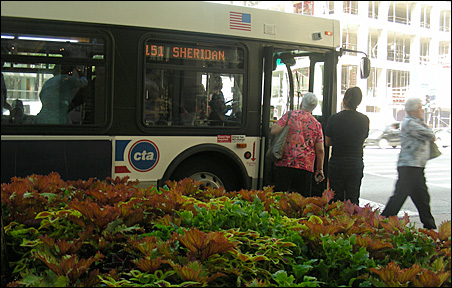 MinnPost photo by Steve Berg
Mayor Daley proved that a Midwestern city doesn’t have to be drab and boring.

It’s impossible to place a value on the accomplishments of Richard M. Daley, not only for Chicago but for other Midwestern cities, including our own. Daley’s decision this week to end his mayoral reign when his sixth term expires next year hit Chicago like a shock wave and set off all kinds of attempts to explain his remarkable legacy.

Here’s my small take. When Daley took over in 1989, Chicago was headed for the same scrap heap that already had claimed most of its Rust Belt neighbors — Detroit, Cleveland, Buffalo and so on. Heavy industry was in full retreat and the old-style political patronage system honed by Daley’s father (Richard J. Daley, mayor from 1955 to 1976) was hastening Chicago’s decline.

But the younger Daley, then 47, recognized his city’s residual greatness. He wasn’t an articulate leader and, indeed, never developed a talent for eloquence. But he understood that his father’s Chicago could not succeed without being transformed. So, he tore down the old patronage machine and invited corporate partners to help run (and finance) the city’s projects. He worked to erase the racial barriers that his father had helped to erect. And he began to see Chicago as his own personal renovation project.

Amid all his plotting, Daley had a little secret that he never explicitly shared for fear of backlash: What Chicago needed most were more affluent residents, or, at least, a greater share of its region’s middle class. Without a wealthier commercial and residential tax base, the city could never afford to fix the public schools or begin to help lift out of poverty the legions of former blue-collar families — most of them black — that heavy industry had left behind.

How to attract wealth?
Chicago’s problem was essentially the same one that Minneapolis and St. Paul still face on a smaller scale; there were plenty of leafy, lakeside suburbs to attract affluent people who would just as soon turn their backs on the city and its problems. Daley knew he had to regain their attention and loyalty. He knew that presiding over “a city that worked” wasn’t good enough. Chicago had to become a city that people with money could fall in love with, could consider shopping in, investing in and even living in. 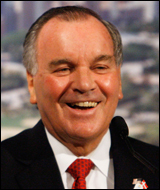 His strategy was rather simple: beauty. If Chicago hoped to become a world-class city, he often said, it had to look like one. He pursued civic beauty relentlessly and without embarrassment. When Illinois highway officials told him he couldn’t dig up Michigan Avenue to plant trees and flowers, he did it anyway. When the federal government told him he couldn’t close a small lakefront airport (Meigs Field) to build a park and wildlife center, he sent bulldozers to wreck the runways. When surface parking lot owners balked at his beautification efforts, he set a deadline for them to plant trees and install iron fences or face penalties. Within a decade he turned central Chicago into one of the world’s loveliest cities.

Investment and residents flowed back into the core. Tourists flocked to new attractions like Navy Pier, Millenium Park, new theaters and museums, revived waterfronts and a reenergized shopping corridor. Residents loved the city’s new emphasis on culinary and graphic arts. Daley essentially took away all of the old excuses that big, cold-weather, Midwestern cities couldn’t be remade into lively, attractive, competitive places.

‘Plant trees; they’re cheap’
“He has done unbelievably transformative work,” said Minneapolis Mayor R.T. Rybak. Daley is the hands-down leader on how to green a city, Rybak said, as well as on job creation, tourism, environmental innovation, the arts and public education. Rybak recalled getting peppered with advice during his early days as mayor, but that Daley offered just a few words. “I’ll never forget it,” Rybak said. “He told me, ‘Plant trees; they’re cheap.’ That’s all he said, but it’s some of the best advice I ever got.”

Not that Daley hasn’t had his faults.

His civic shopping spree ran hard into the current recession. The city’s deficit stands at $655 million, and its debt continues to mount. Its bid to host the 2016 Olympics failed. As with most Chicago mayors before him, Daley has not dodged corruption. Indeed, the city’s reputation for insider dealing has persisted, with tainted corporate partners picking up the traditional role of old cronies on the take. For all the wealth and success Daley has brought to Chicago, he has not made much headway against the isolated poverty, crime and gang violence that still besets vast areas of the city, especially on the south side. Chicago remains partitioned by race and class despite the mayor’s destruction of high-rise housing projects and dispersal of impoverished residents.

Still, it’s fair to note that no big city mayor has solved the race/poverty problem or turned around a failing public school system. Daley’s legacy is that he led Chicago away from the Rust Belt precipice and transformed its core into one of the world’s great urban places. That’s a huge accomplishment. He proved that a cold, windy Midwestern city doesn’t have to be drab and boring. He set high standards that his neighbors are still struggling to meet.