Americans spend about $600 billion a year on public education but aren’t much satisfied with the results, especially among the growing number of disadvantaged children who never really engage in productive learning. School reformers like Michelle Rhee,  the former Washington, D.C. schools chancellor, are sharpening their attacks on what’s happening — or not happening — in the classroom. I say good for them.

But schools have limited influence over kids. Kids are in school for only about 6½ hours a day during only 180 days a year. Most of their experiential learning comes from parents, friends and the surrounding community, and what they learn outside of school often damages their chances to learn inside.

That’s where OST steps in. OST stands for out-of-school-time learning. The McKnight Foundation announced this week an $11 million grant to launch a new nonprofit effort to intervene in the afterschool lives of Twin Cities children.

“Demographic changes have made us realize that our economy and our society needs every child to have a better chance at becoming a productive adult,” said St. Paul Library Director Kit Hadley, who will chair the board of the new nonprofit organization. “We need a more systematic approach to make that happen.” The grant covers 2011-2013.

Bringing back Father Flanagan?
Afterschool activities in troubled neighborhoods are nothing new. Parks departments, libraries, churches, Y’s, Boys and Girls clubs, 4-H, Scouting and police athletic leagues have a long history of involvement. While well-intentioned, those programs are often underfunded, poorly staffed, out of date and lacking the popular allure needed for kids to choose them. What’s required is a weaving together of existing and new programs that will arouse children’s natural curiosity and spark their interest in ways that regimented academic programs cannot.

“It’s the difference between reading about science and doing science,” said Dale Blyth, associate dean for youth development at the University of Minnesota Extension Service, who will serve on the new agency’s board. The idea is to present a wide array of possibilities — science, the arts, sports, technology, etc. — so that kids can explore and refine their actual interests.

“Athletes refer to that kind of experience as ‘being in the zone,'” Blyth said, “a place where time passes quickly and you are totally absorbed.” Such a discovery heightens a child’s confidence and improves attendance and performance in school, he said. “People used to say that it was ‘nice’ for kids to have afterschool activities; now it’s a necessity.”

The change arises from major shifts moving through the economy and society. Starting in the 1960s and ’70s, the decline of heavy industry and the rise of information technology placed a premium on academic learning. Kids can no longer goof off in school and still make a good living working in a factory. Underachievers have been left behind to struggle on the lower end of a widening gap between rich and poor, a gap that’s further complicated by a breakdown in family and social structure. The result is a brand of intergenerational poverty and hopelessness that can be seen clearly on many urban street corners, most noticeably after school.

Cops and social workers will tell you that the most critical time of day for kids is between 3 p.m. and 9 p.m. Kids who find constructive things to do during those hours have a far better chance to succeed.

Discoveries in brain development
It’s popular to say that children are impressionable, but there’s more to it than that. Research shows that brain development during the first two decades of life is critical, or, to put it another way, that non-academic learning is more important than previously thought.

“Children are learning all the time,” Blyth said, explaining that kids learn less from books than from experiences outside of school. It’s critical, then, that they develop “pathways” in their brains that weigh the consequences of the life decisions they make. That weighing process isn’t automatic, he said.

The McKnight effort is an offshoot of a 2005 report from a study commission headed by University of Minnesota President Robert Bruininks  and of Mayor Chris Coleman’s Second Shift afterschool program in St. Paul.

“We want to take Second Shift to the next level,” Hadley said. She steered me toward an effort in Rhode Island, the Providence After School Alliance. 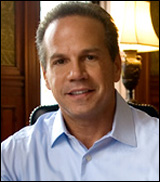 “This is about engaging Providence’s youth in high-quality learning opportunities from the moment they wake up until they go to sleep at night,” said Mayor David Cicilline in launching the project in 2004. The focus is on attracting middle-school students to “after zones,” neighborhood campuses that offer a variety of learning options.

Can every kid be helped?
OST programs are relatively new, so progress is hard to track. The Rand Corp. took a stab at it earlier this year with its report “Hours of Opportunity,” which reviewed projects in Providence, Boston, New York, Chicago and Washington. Among early findings: School systems must cooperate, mayors are important and funding is a problem that never goes away.

Initially, the hardest part might be marketing — attracting kids who could benefit most from afterschool learning. The effort can’t be mandatory because then it turns into just another version of school. It can’t be strictly voluntary either because the self-destructive lure of the streets is so great. No one should believe the rhetoric about helping every child. That won’t happen. Not every kid is going to hike up his pants and consider the upside of life. The challenge is to attract all but the hardest cases, to ignite the spark of curiosity in kids who might otherwise fall through the cracks, to help kids discover and refine their interests in a way that leads to productive lives. It’s hard to think of a more important task.

• Cheers to Gov. Elect Mark Dayton for reappointing Tom Sorel as transportation commissioner. Sorel has restored professionalism at MnDOT and has brought to the agency an updated, holistic transportation policy that recognizes the limitations (and costs) of metro freeway expansion.

• Boos to Wisconsin and Ohio for turning over $1.2 billion in federal money to California, Florida and other states for high-speed rail. The Midwestern states had planned to use the money to begin a Chicago hub of new passenger rail service, including a Chicago-Twin Cities line. But the giveback leaves Minneapolis-St. Paul out of the high-speed rail picture – at least until Wisconsin elects its next governor.

• Cheers to the opening this week of the 46th Street BRT station in south Minneapolis. Bus Rapid Transit is a level of commuter bus service that operates much  like light rail — with stations, frequent schedules, sliding doors and exclusive lanes. The Twin Cities version will arrive in increments, first along Interstate Hwy. 35W between downtown Minneapolis and Burnsville. There are no sliding doors yet. Buses will share lanes with toll-paying cars. And additional stations will appear at 98th, 82nd, 66th and Lake streets by 2012. Future lines? An extension to Lakeville, a line along Cedar Avenue to Apple Valley, a Northwest (Bottineau Blvd.) link to Maple Grove and Rogers, and a connection between downtown St. Paul and Woodbury along Interstate Hwy. 94.

‘OST’: A new approach to afterschool time in the Twin Cities