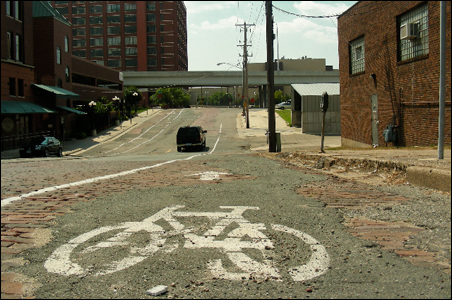 At first glance, the 2010 Census results seem satisfying and unremarkable. Only upon further review do they reveal unbalanced patterns of growth and wealth that spell trouble for Minneapolis-St. Paul as the metro economy tries to regain momentum.

The official count placed MSP’s 13-county metro population at 3,278,833, up 10.4 percent from a decade ago. That was enough for the Twin Cities to retain its rank as the nation’s 16th largest metro market. While the region grew 40 percent slower than during the go-go ’90s, it still outpaced the 9.7 percent national rate, and it grew faster than all other Midwestern and Northeastern metros in the top 20.

That’s the good news; now the bad. How the region grew should deeply trouble Minnesota’s political, business and civic leaders. Virtually all growth was on the suburban edge, while the central cities and most inner suburbs lost both population and relative wealth. Not only did the cities of Minneapolis and St. Paul fail to gain population, they are now fully 30 percent poorer than the metro region as a whole.

That’s not a healthy trend. Unless a more balanced growth pattern emerges, one that also includes the metro area’s inner districts, and unless prosperity is shared more broadly, the MSP region will lag behind in competing for the young talent and high-quality jobs needed to keep pace as the economy recovers.

Imbalance hurts MSP’s prospects
Here’s how Bruce Katz, director of the Metropolitan Policy Program at the Brookings Institution in Washington, D.C., responded in an email:

“This is an unfortunate trend for a host of economic, fiscal, environmental and social reasons. Economic, because strong central cores enhance the ability of metros to attract and retain talented workers and innovative firms, yield real benefits associated with density and allow metros the reap the full returns on prior investments.

“Fiscal, because population (and job) dispersion across fragmented metro areas raise the cost of building and maintaining infrastructure and delivering basic services and lead to immense fiscal disparities (mitigated to some extent in MSP by tax sharing).

“Environmental, because population and job dispersion lengthen commutes, increase greenhouse gas emissions, and degrade land. In some metros, there are enormous issues associated with water scarcity.

“As for social, the dominant trend is the increasing suburbanization of poverty — which presents enormous challenges for the delivery of social programs and resources given low capacity and high demand in changing communities.”

In other words, MSP, despite its stellar reputation for metropolitan planning, is growing in ways that are inefficient, unsustainable and noncompetitive.

No ‘doughnut effect’ in Denver, Seattle or Portland
Urban geographers sometimes refer to what may be happening to MSP as the doughnut effect, meaning the strengthening of the periphery at the expense of a core that’s hollowing out. It’s a sequence associated with economic decline, seen most dramatically over the last several decades in older Rust Belt cities like Detroit, Pittsburgh and Cleveland.

MSP’s is not a Rust Belt economy, however. If, indeed, the region is in the early stages of doughnut disease, there must be another cause for it. I’m hard-pressed to name another major northern metro area in which the region as a whole is flourishing and registering double-digit growth while the central city and inner suburban populations are getting smaller and poorer. MSP’s lopsided suburban growth is, then, something of a mystery.

Denver, Seattle and Portland offer a startling contrast. They are metro areas that MSP admires and regards as peers. Like MSP, all three are growing and thriving. But unlike MSP, their core cities are also thriving, adding big chunks of population. Each of the three peer metros grew by about 15 percent over the past decade. The cities of Denver and Seattle each grew by about 8 percent, each adding about 45,000 residents. Portland grew by about 10 percent, adding 55,000 residents.

In any case, the Denver, Seattle and Portland metros present admirable examples of balanced growth patterns in which all segments share as the region moves ahead.

“Bottom line: MSP should be following the Denver, Seattle, Portland model,” said Katz of the Brookings Institution. “Their settlement patterns are indicative of successful economies punching at the global level.”

Concentrations of poverty impede MSP
One major clue emerges as to why the central cities and inner suburbs are failing to share in MSP’s growth and relative prosperity: concentrations of racial poverty.

Data from the Census Bureau’s American Community Survey, released last December, show the metro areas of MSP, Denver, Seattle and Portland with similar poverty rates, about 10 percent. The data show also that residents of the central cities of Denver, Seattle and Portland aren’t much different from residents of their metro areas as a whole. City residents are more likely to be black or Hispanic, but not by much. They are poorer on average, but not by much.

MSP shows far sharper contrasts on race, income and location. Minneapolis and St. Paul households earn, on average, nearly $20,000 less per year than do metro residents as a whole. And they are 2.5 times more likely to live below the poverty line. Race continues to be an important element in the poverty picture. For more than a decade, MSP has been beset by one of the nation’s largest black-white income gaps, and nothing in the ACS data suggests that that has changed.

By contrast, Seattle households earn only $5,000 less on average than those in the metro area as a whole; race place a lesser role; and the city’s share of those living in poverty is only a fraction greater than the metrowide share.

In sum, the tragic American link between race and poverty may partly explain the failure of Minneapolis and St. Paul to attract a larger share of middle class population growth. Other theories include: Midwestern preferences for suburban living; the physical attractiveness of Twin Cities suburbs; a relative lack of traffic congestion; a conservative banking and development community and political trends that reward suburban interests.

Will MSP get stuck in the 20th century?
John Norquist, CEO of the Congress for New Urbanism (and the former mayor of Milwaukee), suggested that complex or outdated city codes and a time-consuming permitting process also could have stifled infill development in Minneapolis and St. Paul, along with a strong tradition of neighborhood opposition to density. “It’s up to the cities to make themselves more competitive,” he said.

Christopher Leinberger, an expert on metropolitan real estate and author of the book “The Option of Urbanism,” agreed with Norquist’s assessment and expressed alarm over MSP’s imbalanced census results.

“My concern for the Twin Cities is that, despite your impressive educational and corporate platform, you’re not positioning yourself for the future market. The U.S. is dividing into 21st century metros with lots of urban growth, vitality and walkable urban-style places, and spread-out, suburban-style 20th century metros, and you’re headed for the latter group. You still think it’s 1970. People who think like that will be lapped. They’ll wake up one day soon working for the same wages as the Chinese while those in 21st century cities will be the innovators and the ones who prosper.”

Leinberger credits MSP for finally moving ahead on light rail and for beginning to understand its importance as a catalyst for urban revival. But he regards the first line (Hiawatha) a flop because Minneapolis failed to rezone and encourage development near stations. “It was designed primarily to move people, not to encourage development. That was wrong. You got the goals and means mixed up. It’s a shame because with so little development to show for Hiawatha it’s now much harder to build Central and Southwest.”

It’s “illusionary,” he said, for MSP to use Denver, Seattle and Portland as peer models because they are so far ahead in their ability to use urban design to attract new jobs and residents. In a sobering summation, Leinberger described MSP as a “schizophrenic place” that can’t decide whether it wants to do the hard work of retrofitting its central cities and inner suburbs for the 21st century or just revert to the old ways. “So far,” he said, “the ‘What me worry?’ folks seem to be winning out.”