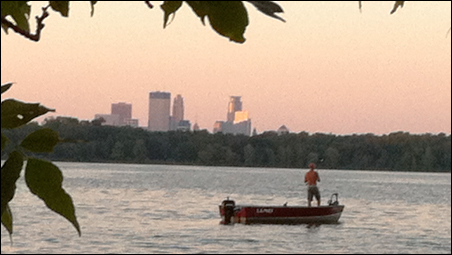 Note: After today’s post, Cityscape will be on hiatus for the summer. Our plan is to return Sept. 7.

Ranking cities has become all the rage. You know the drill: Best city for dining, biking or dating. Best for working, retiring or shopping. Cities that are the thinnest, best-dressed, best-educated or just plain best.

But just because a city has phenomenal restaurants, leafy streets, or great trout fishing within an hour’s drive doesn’t make it livable, or even lovable. Gritty places that have endured hard times often draw more affection. Brooklyn or Pittsburgh could never win a beauty contest, but each has an X factor that inspires uncommon loyalty from residents and city lovers. Durham, N.C., is the poor stepchild in the Raleigh-Durham-Chapel Hill triangle, but people love Durham so much that every year hundreds line up to “marry” the city, promising to love, honor and contribute to civic betterment.

When we lived in the Bay Area, a street lady who was a ward of the county put up a terrible stink when the authorities tried to move her to a nursing home in the next town. Palo Alto was her only love, she declared, and nobody was going to move her to Mountain View!

That kind of devotion can be created by simply building attractive places, some city planners believe. Install a farmers market, plant some flowers, erect a row of decorative streetlights, et voilà: True love!

You can’t build a city on contempt
Sometimes it works, but not always. Boston built a lovely greenway in the space above the Big Dig, but almost no one goes there. Minneapolis built a flashy entertainment complex (Block E) in a sketchy quarter of downtown, but the sketchiness refused to go away. Loving a city, it seems, is a lot like loving another human being. You can’t remake a person on your terms; you must accept that person the way he/she is while understanding your own faults, too. Improvement? Sure. But only with mutual agreement to move ahead together.

Jane Jacobs’ great insight was similar: You can’t build a city on contempt, as the urban renewal movement of the 1950s and ’60s was attempting to do. Her classic work, “The Death and Life of Great American Cities (1961),” was, at its heart, a love story. With all of its chaos and eccentricity, she loved the traditional city form that planners of her day were eradicating in favor of a kind of superimposed, utopian blandness. In Minneapolis, the “progressive” planning movement tore down hundreds of old brick buildings in the Gateway District and along Washington Avenue in an attempt at “slum clearance.” Those blocks became, for the most part, soulless office parks and surface parking lots — lonely, sad places.

“There is a quality even meaner than outright ugliness or disorder,” Jacobs wrote, “and this meaner quality is the dishonest mask of pretended order, achieved by ignoring or suppressing the real order that is struggling to exist and to be served.” 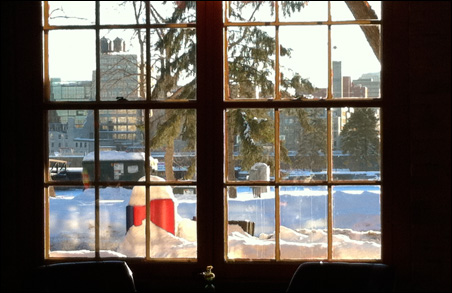 • Short blocks; the more traffic of all sorts, the better. (Chaos is good.)

• Mixed uses; housing next to jobs and shopping. (Convenience and pedestrian activity are good.)

• Buildings of various styles, ages and states of repair. (A sense of history, diversity and organic change is good.)

Jacobs and University Avenue
Jacobs’ ideas are no longer radical. Younger generations of Americans raised in the suburbs — and now priced out of the home-ownership market — have adopted her urban sensibilities. There’s a growing market for her “love story.”

City planners, too, have come around to her way of thinking, although decades of old habits are difficult to break. My favorite local example involves the Central Corridor light-rail line and the construction havoc it’s causing along University Avenue. I’m confident that when the dust clears the line will succeed as a transportation option. But I’m worried about the viability of neighborhood business along the street, primarily because on-street parking may disappear.

The rail line is being blamed for that, but I think the real culprit is the insistence that two lanes of auto traffic be maintained in each direction, even though a parallel freeway (I-94) runs only one block away.

My point is one that Jacobs might have made: Don’t sacrifice neighborhood business for the sake of maintaining through traffic. You will have light rail and I-94 for that. Why not allow University Avenue to evolve into a busy neighborhood street, with one lane of auto traffic in each direction and curbside parking? Or if that’s not quite acceptable, why not copy First Avenue in downtown Minneapolis, where curbside parking is offered for most of the day but turned into a through lane for traffic during the morning and afternoon rush hours? Just because light rail is coming doesn’t mean cars won’t be vital to local business. If the choice is between a lively local business scene and another lane of through traffic, I’ll take lively business every time, especially when there’s parallel freeway a block away. 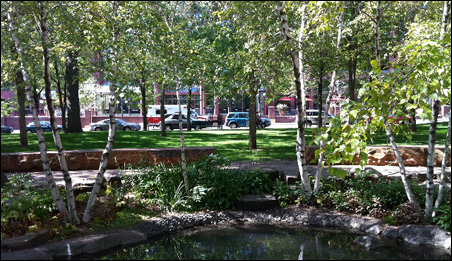 Looking for the X factor
In Jacobs’ heyday, all this talk of city ranking would have seemed pointless. A city wasn’t something to choose. It was where you happened to be. Your family and friends were there. Your job was there. You made the best of it.

For Jacobs, the “best of it” was a lively street and a diverse neighborhood going about its daily tasks. She saw her Greenwich Village neighborhood as a model. Beauty was fine, too, as long as it didn’t hinder what Jacobs called a city’s “underlying order” which, to outside eyes often resembled chaos but was actually “organized complexity.”

Edwin Heathcote, writing in the Financial Times, draws on Jacobs when he attacks the practice of ranking cities by such “livability” traits as proximity to nature, efficient mass transit and high-quality health care. Vancouver, he notes, ranks consistently at the top of those charts, and he agrees that it’s truly one of the world’s most beautiful cities, with its stiletto glass towers set against the ocean and snow-capped mountains. But after a few days Vancouver is dreadfully boring, he writes, and he wonders why the world’s most popular and energetic cities — places like New York, London and Hong Kong — are seldom mentioned in the best-city rankings.

His piece made me wonder what I love about my own city. I do love Minneapolis-St. Paul, and for complex reasons. I don’t love it all the time; between November and April my feelings run closer to hatred. I don’t love our eagerness to spread out and dilute our inner districts. I don’t love the tone of our politics, not because it’s so different from everyone else’s, but because it has fallen so far so fast.

But I do love the level of artistic and cultural life and the fact that people can do more things here with less hassle than anywhere else I know. I love the bike trails. I regard the walk around Lake Harriet in the summer twilight to be among the best urban experiences anywhere. Mostly I love our perseverance. Against all odds and despite a harsh climate and a remote location we’ve built a remarkable city that people care deeply about. We are not a place that inspires love at first sight. But sometimes an acquired taste is the one you end up craving the most.

What makes a city lovable?