One of the prime responsibilities of the Metropolitan Council is to prepare a long-range Regional Development Framework to guide the “orderly and economical development” of the seven-county metropolitan area.

There’s little question that the council members appointed earlier this year by DFL Gov. Mark Dayton are taking this responsibility seriously. On Wednesday, they held their fifth meeting to discuss the broad outlines of the plan, which will look out to the year 2040.

And they don’t plan to complete the plan until the end of 2014. So it’s not exactly a rush job.

The new plan — being developed under council Chair Susan Haigh — is likely to be very different from the one adopted in 2004 under Chair Peter Bell, an appointee of Republican Gov. Tim Pawlenty. 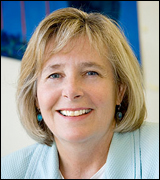 First, the economic climate has changed dramatically — population growth has slowed and the job supply has actually declined. The Met Council’s new growth forecasts — looking out 10, 20 and 30 years — are likely to be much less optimistic than those prepared for the last Framework.

Guy Peterson, the council’s director of community development, said Wednesday that the new growth forecasts for the region as a whole should be ready by the middle of next year. Forecasts for individual communities won’t be ready until 2013, he said.

Second, the Dayton-appointed council members appear to take a much more expansive view of their planning function than their Republican-appointed predecessors.

GOP criticisms
Reacting to GOP legislative criticisms that previous Met Councils had engaged in “mission creep,” Bell and his colleagues narrowly interpreted their role in developing their 2004 Framework. They largely avoided issues that did not fall within the confines of the four regional “systems” defined by state law — transportation, aviation, water resources, and regional parks and open space.

Under the 1976 Metropolitan Land Planning Act, the Met Council is charged every 10 years with preparing a Framework to guide regional development, as well as more detailed plans to govern the expansion of the four regional systems.

Cities and counties then are required to adopt or update local comprehensive plans that are consistent with the council’s regional plans. The last regional planning cycle was just completed in 2008.

In 2004, when the council prepared its 2030 Regional Development Framework, the major focus was working with local governments to “accommodate growth” in a collaborative and cost-effective manner. The council projected that the region’s population would grow to slightly over 3 million by 2010.

Thanks largely to the Great Recession and the housing meltdown, actual growth fell short of that number by 155,000, or 5 percent.

The council projected that the number of jobs in the region would grow by 2010 to just over 1.8 million. However, the job supply fell short of that number by 272,000 and actually declined by 64,000 over the last decade.

Clearly, Haigh said recently, “our plans must shift from preparation for robust population growth” to policy objectives that will “positively impact our regional economy and quality of life.”

On Wednesday, in discussing their “vision” for their plan, Haigh and her colleagues ventured well beyond the four regional systems defined by state law.

Of course, the discussions are still in their formative stages. It is possible that the council could use its existing powers to achieve change in some of these areas.

However, the Dayton appointees run the risk of agitating members of the Republican-controlled Legislature, many of whom would like to curtail the existing powers of the council or eliminate it altogether.

Possibly anticipating such a reaction, several council members raised a cautionary note about being too aggressive in pursuing their agenda.

“It’s great to throw out all of these wonderful ideas,” said Harry Melander of Mahtomedi, president of the Minnesota Building and Construction Trades Council. But the Met Council has only so much time, he said, that perhaps “we need to focus on our mission.”

Gary Van Eyll, former mayor of Chaska, expressed similar sentiments. “We can’t do everything for everyone, but perhaps we can focus on some areas where can we make a difference.”

The council plans to meet next in January to further refine its vision of the region and invite input from the public.

Met Council looks to 2040 amid slowing population and job growth