The Metropolitan Council on Wednesday provided a welcome boost to area communities, approving $11.3 million in Livable Communities grants that will help them leverage new development and expand the supply of affordable housing.

The grants were awarded from two companion funds — the Livable Communities Demonstration Account (LCDA), which is designed to encourage efficient development and links housing, jobs and services, and the Local Housing Incentives Account, which seeks to expand the supply of affordable housing. 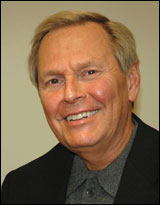 They come at a critical time for cities, which have seen a dramatic reduction in development activity in recent years as a result of the recession. In 2010, communities in the region issued just 5,761 residential building permits, the third lowest total in four decades. Commercial development has been similarly stagnant.

Guy Peterson, the council’s director of community development, said the grants will help cities “create and retain jobs and leverage millions of dollars in other public and private investment.”

His staff estimated that the LCDA grants will create 2,100 new housing units, add 619 living-wage permanent jobs and leverage more than $360 million in public and private investment. The housing grants will help build or rehabilitate an additional 400 housing units. 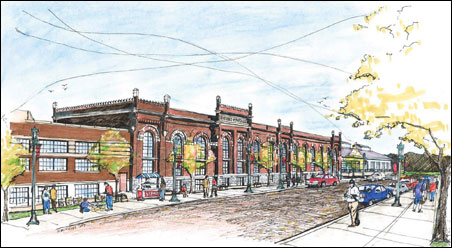 “Year after year, this program continues to be a success, helping communities perform extreme makeovers on outdated strip malls, for example, improving transit and pedestrian connections, supporting efforts to provide quality housing for working families, and helping to ensure the region maintains the quality of life that continues to attract quality employers,” Peterson said.

The grants also include $100,000 to the City of St. Paul to help develop a zoning framework for the 122-acre site of the Ford Plant in the city’s Highland Park neighborhood. That plant is scheduled to shut down next week after 86 years of production.

A total of 36 LCDA grant applications were received from area communities. They were evaluated with the help of a 13-member committee headed by Mary Hamann-Roland, mayor of Apple Valley.

One of a kind
The council’s housing grants are awarded as part of a coordinated process with the Minnesota Housing Finance Agency and the Family Housing Fund, which also bring dollars to the table. All told, the three agencies will provide $26.6 million in grants to help build or rehabilitate 887 affordable rental units and 285 affordable ownership units.

The coordinated process, which helps the three agencies get the most from the region’s available housing resources, “is the only one of its kind in the country,” says Linda Milashuis of the council’s housing staff. “Nationally, people come to us to ask about the process, how it works, how we are able to do this.”

Under the 1995 Livable Communities Act, communities must negotiate long-term affordable and lifecycle housing goals with the Met Council  to be eligible to compete for  grants under three programs, the two mentioned above and one that helps fund the cleanup of contaminated sites. In 2011, 94 communities participated in the program.

From 1996 through 2010, the council awarded 633 grants totaling more than $212 million in Livable Communities funds. Of those, 68 awards have been relinquished, for a net of 565 grants totaling $181 million. The net results of these grants are expected to leverage billions of dollars in private and other public investments.