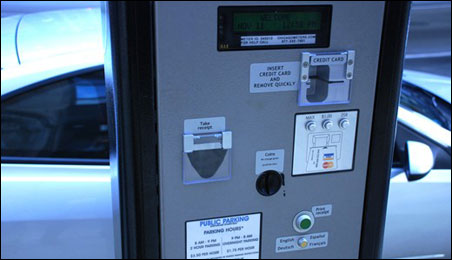 The term “privatization” invariably sets off bells for liberals, but occasionally it pays dividends for governmental entities and their taxpayers.

The city of Chicago appears to be cashing in on the privatization of its parking system. The initiative has enabled the city to extract large up-front payments from parking concessionaires, modernize its parking system and launch a form of “congestion pricing” aimed at reducing the parking crunch in downtown Chicago.

David Zavattero, deputy director of the Chicago Department of Transportation, described the five-year-old parking effort during a workshop last week at the University of Minnesota’s Humphrey Institute of Public Affairs.

Zavattero said the city launched the effort in 2006, soliciting proposals to modernize four downtown parking garages and awarding a 99-year lease for $563 million.

Two years later, he said, the city did the same thing with 34,500 on-street parking meters and 18 metered lots with another 1,240 spaces. It ultimately awarded a 99-year lease for $1.56 billion.

Zavattero said the city went the privatization route because it “lacked the resources” to modernize and effectively manage its parking facilities. The city gave up with revenues from parking, but gained the upfront investment in new technology and the rewards that go with it.

Parking meters
The story of the parking meters is particularly interesting. Within three years, Zavattero said, all of the city’s “dumb” parking meters were replaced with more than 4,600 “smart,” solar-powered pay boxes at a cost of more than $40 million. The pay boxes can handle the fees for up to 15 parking spaces and the rates can be changed via wireless technology.

“That would not have happened in the absence of the concession system,” he said.

In conjunction with the new meters, Zavattero said, the city implemented the first increases in metered parking rates in two decades.

He said the city was divided into six zones and a rate schedule was established that will raise rates by 2013 to amounts ranging from $6.50 per hour in the Chicago loop to $2 per hour in more remote neighborhoods. Prior to 2009, the rates at most meters were 25 cents per hour.

Zavattero acknowledged that the changes were not well received by the public. “Thank God we don’t have capital punishment” in Illinois, he said.

However, he said the objective of the higher rates, two-hour parking limits and better enforcement was to bring the rates more into line with off-street parking, free up more on street-spaces for short-term parking and reduce the amount of street-clogging traffic by motorists in search of parking.

Zavattero said the new parking rates also may have contributed to an uptick in transit use, though it has no supporting data at this point.

To avoid creating any huge holes in its operating budget, Zavattero said, the city put $400 million of the upfront payments into a reserve fund and is drawing $20 million a year — approximately the same amount it had been receiving in meter revenue. The city also continues to receive the fines from parking violations.

Wireless technology
Zavattero said Chicago uses wireless technology to reduce rates at some parking meters during non-peak hours. However, thus far, city officials thus far have resisted the idea of employing a system of “dynamic pricing” to change rates depending on demand — similar to the variable rates on the “MnPass” lanes on I-394 and I-35 W in the Twin Cities.

That’s such a hot political issue that Chicago actually rejected a $158 million federal grant for congestion relief in 2008 because it included a dynamic pricing component.

The nation’s the boldest parking experiment, called SFpark, is now under way in San Francisco.

Sensors have been embedded in 7,000 on-street parking spaces and in 15 city-owned ramps to track when and where parking is available. Sensor data is uploaded wirelessly to the SFpark data feed, making this information available to the public via this website, smartphone applications and eventually text message and 511.

The system allows SFpark to adjust meter prices based on demand to encourage drivers to make trips in off-peak hours and to use parking lots and garages. The goal of these pricing adjustments is to have at least one parking space available on every block,

Such technology may not have widespread application in the Twin Cities. However, it could eventually be beneficial in congested areas such as the Minneapolis entertainment district and the University of Minnesota campus.

As Zavattero pointed out, “The technology is there. The economic theory is there. We know we can influence people’s behavior through pricing.”