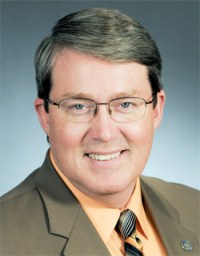 Who would have imagined that Republican legislators, those champions of government efficiency and effectiveness, would come up with a plan to create multiple boards and commissions to do the work now performed by one agency?

But that’s what state Rep. Mike Beard, R-Shakopee, chair of the House Transportation Committee, and some of his colleagues have in mind.

They are circulating a proposal to strip the Metropolitan Council of its powers over transportation, weaken its authority in other areas and create two new boards – one for transportation planning and funding, and one for transit operations. The bill has not yet been introduced in the Legislature, but parts of it have been offered as amendments in committee.

“They are just rewinding the clock to 1994,” says Curt Johnson, former chair of the Met Council and a public affairs consultant/writer who has helped lead studies of urban problems in more than 25 metro areas.

Johnson was referring to legislation in 1994 that eliminated the Regional Transit Board, Metropolitan Transit Commission and Metropolitan Waste Control Commission, and consolidated their operating functions under the Met Council, the region’s planning agency.

“People have a nasty problem with amnesia,” Johnson says. “All that fragmentation didn’t work very well. We widely came to the conclusion that we had to consolidate all of these boards into one agency and hold it accountable for results.” 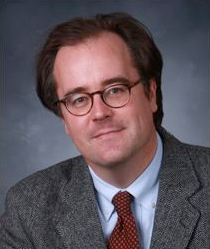 Myron Orfield, a former DFL state senator from Minneapolis who helped write the legislation, says it was a bipartisan effort and that former Gov. Tim Pawlenty, then a Republican legislator, was one of its cosponsors.

Orfield also is a University of Minnesota law professor who has written several books on regional planning and governance.

“It has worked pretty well,” Orfield says of the consolidation. “I would be surprised if the business community is supportive of this [Beard plan]. It would give us a system much closer to what they have in Detroit and Milwaukee, not very successful cities.”

Beard’s proposal grew out of clashes between the Met Council and officials of several suburban counties, most notably Scott, who don’t feel they are getting their share of the regional pie and don’t buy into the need for regional solutions to regional problems.

However, in the view of Johnson, Orfield and others, the Beard proposal has several serious flaws.

First, Beard would create two new boards along the model of COGs – councils of local governments made up of local elected officials — that have not worked well in most other metro areas.

He would create a Regional Transportation Governance Board of more than 30 members – including two county commissioners appointed by each of the several metro county boards and 16 city elected officials appointed by the governor. 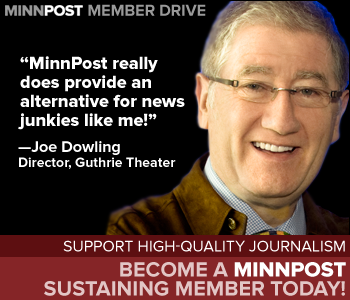 (One positive for the Beard proposal: He would eliminate the regional rail authorities established by the seven metro areas and fold them into his new transportation board. Not infrequently, the county rail authorities have spent money promoting rail transit lines that have little potential for ridership and are not a part of the Met Council’s long-range plan for the region.)

Jim Solem, a former regional administrator of the Met Council and state planning official, says employing the COG model would be a huge mistake.

“We had a COG for 10 years – the Metropolitan Planning Commission – that existed from 1957 to 1967,” Solem recalls. “It did a lot of good research and planning, but it was singularly unsuccessful at resolving any major regional issues.”

Says Johnson:  “COGs are a piece of government apparatus that I would classify as the unburied dead. In most regions, they don’t work very well.  Everything they do is advisory and they are widely ignored.”

Beard’s proposal also is likely to reduce government accountability, rather than enhance it.

The Met Council, whose 17 members are appointed by the governor and serve at his pleasure, is accountable to both him and the Legislature. Its budgets and activities are regularly reviewed by multiple legislative committees, as well as a special Legislative Commission on Metropolitan Governance. In contrast, Beard’s new commissions would not be clearly accountable to anyone. 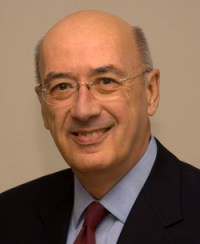 Orfield fears a return to the regional infighting that took place before the 1994 consolidation. “We had  multiple boards that were not cooperating with each other at all – they were competing. It was pretty dysfunctional.”

In recent years, the Met Council has won $21 million in federal and foundation grants to help promote and leverage sustainable development in seven regional transit corridors while increasing ridership and expanding access to jobs, affordable housing and essential services.

Beard’s draft bill also would weaken the Met Council by making its long-range plan for regional growth – called the Regional Development Framework – “advisory” only for metro cities, and by requiring legislative approval of the council’s annual budget.

Johnson says it is “sheer irony” that the Met Council is looked upon with such scorn by some officials in this region, while delegations of governmental, business and civic leaders from other regions frequently come here to look at the Minnesota model.

“They travel here to look at this set-up and go away envious, wishing they could have this kind of regional structure in their community,” he says.