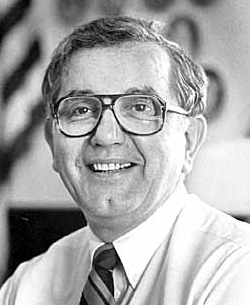 To help fund a new Vikings stadium, DFL Gov. Mark Dayton wants to borrow a page from the political handbook of the late Gov. Rudy Perpich – to expand legalized gambling in Minnesota.

Perpich, who gave Dayton his political start, was about as straight an arrow as they come. However, during his 10 years as governor, he presided over the greatest expansion of legalized gambling in state history.  As biographer Betty Wilson noted, Perpich is remembered by some as “the gambling governor.”

Under Perpich’s watch, the state:

At the end of the 1989 legislative session, then-Sen. Dean Johnson of Willmar said, “The gambling floodgates are open.” By 1992, Minnesota was “the largest casino gaming center between Nevada and New Jersey,” according to a State Planning Agency report.

Now Dayton and his legislative allies want to build on this unfortunate legacy, proposing the legalization of electronic pull-tabs to fund the state’s $398 million share of a $975 million stadium. The Minnesota Department of Revenue has estimated electronic pull tabs could bring in up to $42.7 million annually.

Questions about the expansion of gambling may be the least of the political hurdles facing the latest stadium proposal.

For much of the state’s history, legalized gambling consisted largely of low-stakes bingo games in church basements. In 1947, Gov. Luther Youngdahl made a political name for himself by passing legislation to drive out slot machines that had crept into Minnesota and become popular attractions in many resort communities.

However, over the last three decades, legal gambling increasingly has become a part of the state’s culture. It started with a 1981 law allowing nonprofit and charitable organizations to sell pull-tabs, which forged a regrettable link between gambling and youth athletic programs, among others.

Last year, pull-tabs generated nearly $1 billion in sales and the lottery sold another $500 million in tickets. As for the 18 tribal casinos, who knows how much they raked in? In 2007, the most recent year for which figures are available, these casinos attracted 24.6 million visitors, three times as many as people as Minnesota state parks.

The unfortunate message, amplified in advertising for the lottery and Powerball: The way to get ahead is not through education and hard work, but rather by buying a ticket and striking it rich.

“How would you like a chance at a million big ones?” asked the Minnesota Lottery’s website. “ Check out our new  Million $$ Match TV spot and see if any of these scratching styles could  bring you a million dollars instantly!”

Perpich, who championed the lottery proposal, justified it as a way to generate money for economic development and conservation programs. Now Dayton and his allies see the electronic pull-tabs as they only way to build a football stadium and hang onto the Vikings.

If you’ve ever sat in a sports bar and watched patrons fill multiple baskets with the pull-tabs they’ve ripped through, it may be difficult to imagine electronic pull-tabs being any more seductive, if not addictive.

If you’ve followed the news even casually over the years, you know there are church staff members who have embezzled from their employers, elected officials who have written bad checks and law students who have robbed banks – all to support their gambling habits.

As for the state, it’s much like the problem gamblers within our borders. As a William Thompson, a professor at the University of Nevada, once observed, “What happens in gaming is that the government becomes hooked on gambling just like a compulsive gambler.”