Stereotypes, someone once told me, have roots in reality. Problem is, they can persist in our heads long after they’ve become outmoded.

Take the suburbs. Most of us think of them as vast expanses of single-family houses containing prosperous whiter-than-white families like the Andersons (of “Father Knows Best”) or Wally and the Beav.

Now that image will have to go into the dustbin along with notions that men don’t cook and women can’t play basketball.

According to a new study out today from Myron Orfield and Thomas Luce of the University of  Minnesota Law School’s Institute of Metropolitan Opportunity, the typical suburb these days is likely to be racially diverse, meaning that 20 to 60 percent of its residents are nonwhite. Between 2000 and 2010, the number of diverse suburbs in the nation’s 50 largest metropolitan areas rose 37 percent, up from 1,006 to 1,376. The Beav’s grandchildren could now be living down the street from the Huxtables.

The trend is a happy one, according to Orfield. “The diverse suburbs are in good shape,” he says, pointing to a number of indicators that demonstrate their health: solid incomes, an increasing number of jobs, a strong tax base and low poverty rates. True, predominantly white suburbs are still richer and better funded, but diverse suburbs aren’t trailing too badly.

“Diverse suburbs now represent the best hope for realizing the dream of equal opportunity,” write Orfield and Luce. They offer integrated schools, which research has shown, boost academic achievement among non-whites and don’t lower it for white students, increase graduation rates and send more minority students to college. And, of course, there are the unquantifiable benefits conferred on residents who learn to live and get along with people of different backgrounds and races, something too few of us have done.

Before you rise from your chair to cheer this post-racial Nirvana, you should be aware that diverse suburbs can be as fragile as dandelions blowing in the breeze. Many of them, says Orfield, have a difficult time staying diverse. Over a period of 10 or 20 years, they reach that proverbial tipping point and resegregate, becoming predominantly minority. In the last decade, 16 percent of suburbs classified as diverse moved into the predominantly non-white category.

When that happens, those suburbs start to look like central-city ghettos once again. Median income sags, poverty rates increase and housing values drop. Worse yet, jobs are scarcer than in central cities.

What are the causes of this shift? Orfield and Luce point to a number of factors. Real estate agents still steer non-whites to non-white neighborhoods and whites to white neighborhoods. Financial institutions deny middle- and upper-income blacks mortgages as much as two-and-a-half times more often than they deny whites. And banks charge non-whites more. As evidence, think about the fact that Wells Fargo recently agreed to pay $175 million in settlement to the U.S. Department of Justice for shunting Latino and African-American borrowers into more costly and risky sub-price loans.

Further, federal, state and local housing programs funnel more low-income housing into poor and minority neighborhoods. And of course, there’s white flight. Surveys show that whites like integrated neighborhoods, but only up to a point.

“An ideal integrated neighborhood for whites has a larger percentage of whites than the ideal neighborhoods of non-whites,” say Orfield and Luce. And when the discomfitted whites move out, generally non-whites replace them.

That is what’s what’s going on nationally. But what about the Twin Cities?

Although we remain one of the whitest areas in the country, we’ve experienced similar changes. The cities and the exurbs still comprise about the same portions of the metro as they did a decade ago; their populations are now 11 percent and 20 percent of the total. But only 45 percent of the population lives in white suburbs, down from 62 percent. Diverse suburbs are on the rise with 23 percent of the population, up from a tiny 5 percent in 2000. Among the biggest: Bloomington (23 percent minority), Brooklyn Park (50 percent), Eagan (21 percent) and Woodbury (21 percent).

Better yet, we have not resegregated at all. A couple of suburbs, Brooklyn Park and Brooklyn Center, have become majority minority — if that term makes any sense. But they have not tumbled over the 60 percent line to become segregated. 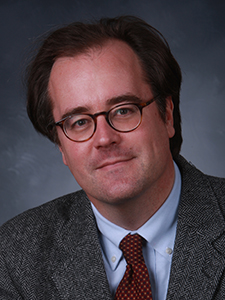 “We’ve done a better job than just about anywhere in the country,” says Orfield.

Fair housing policies, aggressively pursued in the past, are primarily responsible for this healthier picture, he says.

By law and policy, the placement of affordable housing was required to be spread across the metro, not built solely in poor neighborhoods, which has the effect of rigidifying patterns of segregation.

Under the 1968 Fair Housing Act, the federal government created standards that prohibit construction of new affordable housing in racially segregated neighborhoods. But then in the early ‘70s, exceptions allowed cities to wriggle out of the mandate. Minnesota created a similar requirement, but since 1986, says Orfield, only 17 percent of new affordable housing units have been placed in integrated settings.

The state has followed the pattern. Between, 2005 and 2011, the Minnesota Housing Finance agency set criteria that resulted in the building of 1,200 units in segregated areas of the central cities with lousy schools. And it rejected $32 million worth of projects in suburbs with better schools — and, I might add, cheaper building costs.

Persisting with such policies will keep central cities ghettoized and undermine the development and survival of diverse suburbs where equal opportunity, upward mobility and maybe even racial tolerance could flower.

The Metropolitan Council, says Orfield, has the power to reverse that course and scatter affordable housing across the suburbs instead of stuffing it into areas that are already poor.

Let’s hope they do that.