“Stop” may be Minneapolis’ secret mantra.

A couple of weeks ago, I wrote about why a prize piece of land across from Lake Calhoun continues to sit empty after seven years of attempts to redevelop it.

But that’s hardly the only example of rampant stoppage. The other day, the City Council refused to issue a waiver to a developer whose 60-unit housing project was halted by a Linden Hills building moratorium on so-called large-scale developments. Activists in my own condo nearly thwarted the construction of an Izzy’s ice cream plant (with parlor) on a nearby lot. And Trader Joe’s failed in its bid for a store on Lyndale Avenue in Uptown.

The worst example perhaps is Hiawatha Avenue, along which runs the Southeast LRT. Plans call for TOD or transit-oriented development on the route—housing, stores, offices full of people who will utilize the mass transit our taxes paid nearly $1 billion to construct. And, since the train started running nearly a decade ago, an increasing number of people are using it. But Hiawatha remains mostly empty with only a few developments jutting up like mesas in a desert.

Please understand. I am not advocating old-fashioned urban renewal where cities took bulldozers to entire neighborhoods (sometimes blighted, sometimes not) only to substitute ugly hi-rises and freeways. Nobody wants that. But it seems as though right now, we can’t even put up a modest apartment building or a store without requiring developers to rejigger plans 17 times and jump through a batch of political hoops only to fall on their faces at the end. The result is that we are choking off our own growth from the inside.

You may be saying, “Well, we don’t want growth, and so there!” But, like it or not, cities must redevelop to stay alive. Sure that little grocery on the corner of 5th and Whatsis or the Dairy Queen on Wherever Ave. used to be lively meccas when you were a kid. But times have changed. The buildings—not architectural marvels in the first place—have run down and no longer suit people’s needs. If we don’t respond, either through private or public redevelopment, our cities become patched with weed-choked empty lots that can bring down whole neighborhoods.

So I’ve been asking developers, planners, land use experts and others why we are having so much trouble making things happen. Here’s what they point to.

The attitude toward anything new seems to be negative at the outset.

It’s good to be skeptical. After all, developers are known to have ruined coastland, lakeshores, nature preserves and neighborhoods. But what we’re talking about in Minneapolis right now is mostly infill development —a reutilization of one or several plots of land that have fallen on hard times. Nobody is chopping down trees, dredging ecologically-sensitive swamps or doing away with local wildlife on Lyndale or 11th Avenue South. That was already done 150 years ago.

Unless the developer is trying to put an abattoir in a residential neighborhood, maybe we should take a breath before taking a stand. After all, property tax revenues and jobs from new construction would benefit the city and its residents. The question should not be: How do we stop this, but how can we make it work for all of us? 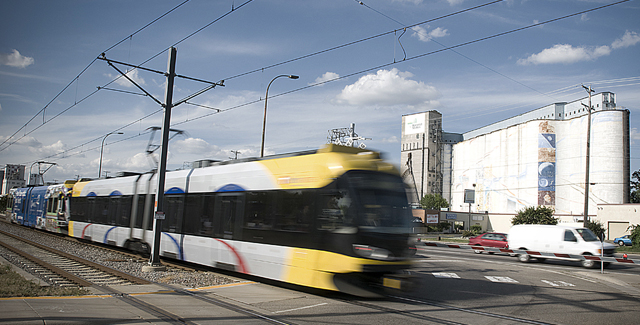 MinnPost photo by Raoul BenavidesHiawatha remains mostly empty with only a few developments jutting up like mesas in a desert.

The economics of building often cannot support what a neighborhood insists on.

It’s fine to negotiate. Having said that, some neighborhood groups insist on low-rise development, say, three to six stories. Anything else is considered akin to the World Trade Center. But building fewer floors reduces a developer’s economies of scale and raises the cost of each unit. If the location’s amenities don’t justify the cost, the developer won’t be able to sell or rent the apartments or commercial spaces. Some developers will foolishly accede to any demands to get something done, but empty stores and apartments are hardly a good advertisement for a neighborhood or city.

Another example: The model for housing is one that includes parking, even along corridors with bus lines and light rail. A structure for parking boosts the price of every apartment unit by about 16 percent. Looking ahead, however, we may gradually be moving into a less car-centric culture. Already more people are doing more shopping via the Internet and also increasingly working from home—or from a nearby coffee shop. So is our insistence on parking with every building reasonable? 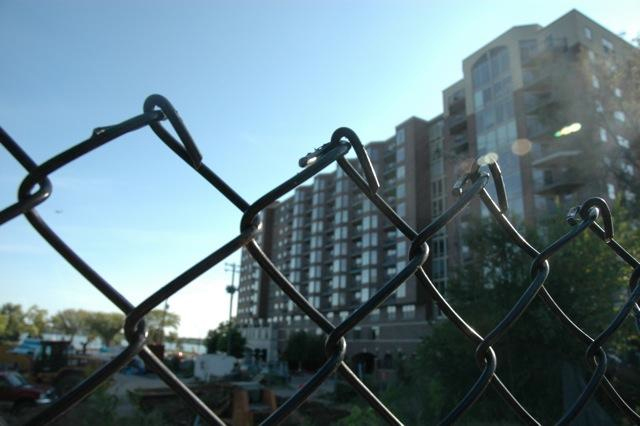 Zoning regulations should reflect what can be built.

Minneapolis has a very strict code. And every neighborhood is governed by several plans, the comprehensive plan, the small area plan, and the shore overlay district, to name a few, to which new buildings must conform. Says Sixth Ward Councilman Robert Lilligren, “We’re a city of 10,000 plans.”

Because there are so many requirements and regulations, developers must seek zoning variances or conditional use permits (CUPs) to build. In recognition of the stringent nature of the code, the planning commission and the City Council constantly allow modifications. As a result, developers spend a huge amount of time lobbying neighborhood groups and public officials to get the exceptions they need. At that point, whatever happens is often simply the expression of the personal opinion of a key public official.

We should make the zoning code more flexible and expressive of what the city really wants built in that area. And, if no one wants to put up the specified development, well then, maybe the zoning is infeasible and needs to be changed.

And we could consider other options besides the usage-based zoning we have now, which separates everything into uses—industrial, commercial, residential and so on—and then tries to insulate them from each other. Doing that may have made sense back in the days when noisy and smelly steel mills and slaughterhouses were sitting next to single-family houses and schools. Most of those operations have moved far from cities, and we have nuisance laws to combat them if they try to return.

In contrast, another system—form-based codes—aim at creating more human-scale communities by focusing on the existing streets and building forms and adjacent uses. So a neighborhood can mix in a variety of uses through design and orientation rather than strict codes. I’m not saying that it’s the answer; I am only pointing out that there are other ideas floating around that might free us of a nit-picking fussy batch of regulations.

Then maybe we could get stuff done.