The already-lively North Loop neighborhood near Target Field will soon be even more dynamic.

The Hennepin County Board last week approved an ambitious plan to add a public plaza with an amphitheater, giant display screen and new stores and offices to the rail hub being built in the area. And it’s all supposed to be up and running before the Minnesota Twins host the All-Star Game on July 15, 2014.

Twins President Dave St. Peter says the upgrade is meant to make it easier to get to games and other events in the area and to give fans “an enhanced experience.”

Target Field Station, which will provide access to four light-rail lines and a commuter line, will include a 60,000-square-foot plaza that St. Peter says he hopes “will entice fans to come earlier to the ballpark.”

He envisions game-day events such as an interactive speed-pitch batting cage for youngsters, live pre-game radio programming and even opportunities for fans to connect with players.

The amphitheater, St. Peter says, “has great potential to be a pretty cool music venue.”

Hennepin County Commissioner Peter McLaughlin, who represented the county in negotiations for the project, expects the public space to become a vital part of the neighborhood.

“You can imagine movie nights, community festivals and the like there in the plaza,” he says. “It’s going to make the North Loop a more interesting place to be.”

The video screen could broadcast games involving other Minnesota teams.

Metropolitan Transit police will move their headquarters to the project and office space could be developed above those offices. The Twins will develop 2,400 square feet of retail space nearby. A tunnel will run under the rail lines. 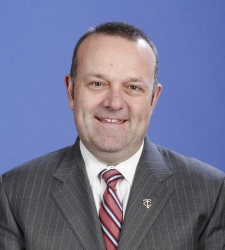 The Twins and its development partner, United Properties, will pay the county $3.7 million for the newly announced additions. Metropolitan Transit and the team will share the costs of operating the plaza.

The project reflects fans’ embrace of mass transit as an alternative to the expensive and time-consuming drive-and-park mentality.

“Since the ballpark opened, the demand for transit as a means of transportation to and from Twins games has far exceeded expectations,” St. Peter says. “The original design had inadequate transit infrastructure.”

St. Peter says the ballpark itself, which opened on April 12, 2010,  doesn’t need a major facelift. “A lot of ballparks are trying to catch up with Target Field,” he says.

But it’s important to “keep it fresh,” he says.

Ballparks around the country

In Chicago, Wrigley Field is about to get a $232 million upgrade.

Target Field Station will have more impact on the city than on the ballpark, St. Peter and McLaughlin agree.

“It enlarges downtown Minneapolis,” McLaughlin says, and will spur more private development in a neighborhood where condos and apartments already are attracting new residents. 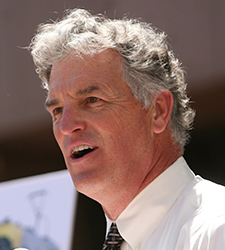 “This is all going to reinforce this as an area for development, and that’s going to make this a more vibrant place,” he says.

St. Peter says the neighborhood “was starting to move in the right direction before the ballpark opened.” Together, Target Field and plans for a light rail station “provided a potent one-two punch that accelerated that development,” he says.

“We’re very proud of the fact that we have one of the more urban ballparks in the country,” St. Peter says. “We think ultimately that is a game-changer in terms of the long-term viability of baseball teams and ultimately what they bring to a city.”

The Twins plan some other changes before hosting the All-Star Game, St. Peter says. The most visible one will be the addition of security barriers around the facility’s perimeter.

He expects the design to incorporate Minnesota granite that will complement the Minnesota limestone used on the ballpark’s façade. The security enhancement is a requirement for hosting the All-Star Game, he says, and the alternative was being forced to use temporary “ugly highway barriers or dump trucks.”

The team also is exploring ways to enhance wifi capabilities inside Target Field, perhaps by installing a sophisticated distributed antenna system to handle the amount of data transmitted during games.

Tailgating, which is popular at some baseball venues such as San Diego’s Petco Park, is not a priority here, St. Peter says, though “I would never say never.”

The Twins don’t control any parking facilities, he says, and “local parking lot operators haven’t seen fit to go down that road.”