The Minneapolis skyline is visible from Robbinsdale’s West Broadway Avenue, but unlike some neighboring first-ring suburbs, the little city has a flourishing downtown and a growing population.

Robbinsdale has worked hard to retain its small-town character while blossoming into something of a “foodie” destination.

Restaurants such as Nonna Rosa, Broadway Pizza, El Toro, Pig Ate My Pizza and nationally praised Travail Kitchen and Amusements — which will soon reopen in a new space — and locally owned Hackenmueller’s Meat Market and Wuollet Bakery draw customers from all over the metro area.

“It’s become more hip and cool,” says Scott Bergquist, a mail carrier who grew up in Robbinsdale. Broadway hasn’t changed much since he was a kid, he says, but it has become busier in the last few years. “Almost too lively at times,” he says, referring to increased traffic and lines outside popular dining establishments.

But Joe Anderson, who has worked at Strait Stuff, a custom printing shop, since 1989, says the influx of visitors is good for all of Robbinsdale’s merchants — and so is its intact downtown business district.

“It’s like a small town next to the big city,” Anderson says.

Jackie Eagles, who opened Birdtown Café on West Broadway in June 2012 — creating 15 jobs — says she chose the location in part because she can benefit from foot traffic created by Robbinsdale’s more renowned restaurants.

“We can all work together,” she says. “We get their overflow.”

Robbinsdale schools aren’t keeping up with state averages when it comes to test scores. 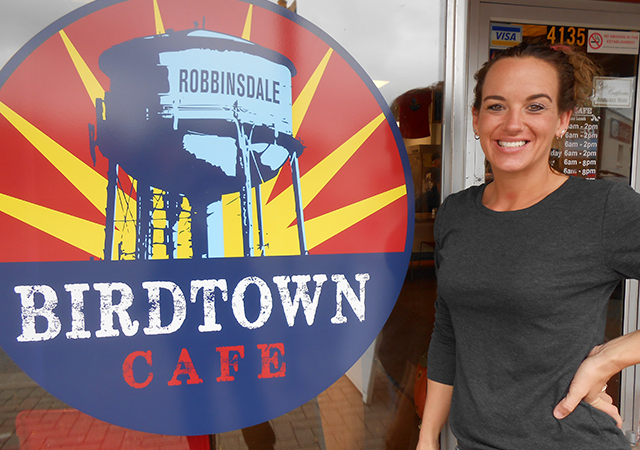 Rick Pearson, Robbinsdale’s community development coordinator, says the city was considered “fully developed” in the 1970s when population peaked at about 15,000.

There’s potential for more population growth, he says. Although the city has acquired some excess right-of-way property near Highway 100 and platted it for housing development, it is landlocked and can’t expand outward.

That means increasing density and building up, Pearson says.

The improving economy means new opportunities for construction of town homes, condos and apartments, he says, and changing demographics also could boost population.

“We used to be thought of as a senior community,” he says. “Now we have a lot of young families,” which is “an indicator that household size will start increasing a little bit.”

Retiree Tom Berry and his wife moved to Robbinsdale five years ago after living in Florida for 30 years.

He says they were attracted by “the nice little downtown and the fact that people keep their houses real nice.”

Retaining that “nice little downtown” vibe and attractive neighborhoods are a matter of city policy and investments, not happenstance, Pearson says.

“Robbinsdale has always been very proud of its Main Street look and has actively tried to preserve that,” he says.

The Economic Development Authority rehabilitates or tears down substandard homes and resells the properties and offers financial incentives to improve historic buildings. It has a rebate program that encourages homeowners to remodel.

Regulations urge businesses to install exterior illuminated signs that “could have been here 100 years ago,” Pearson says.

When Wuollet Bakery opened its Robbinsdale commercial bakery, the city urged its owners to open its retail shop right away instead of waiting to get the baking operation up and running first, Pearson says. 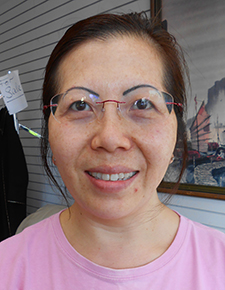 The city worked with Walgreens to ensure that its West Broadway store wasn’t jarringly different from neighboring buildings, including the Broadway Court senior apartments across the street.

Avoiding generic suburban characteristics is a priority. The city debated before allowing the drug store to include a drive-up window because that feature “smacks of suburban development” and could have conflicted with downtown’s walkable atmosphere, Pearson says.

Town Center, a strip mall development that was built in the 1980s, “does have a more suburban character,” he says, but it too has policies restricting the sorts of signs that can be used.

There are some gaps in Robbinsdale’s good news. A commercial property occupied by TCF Bank until last year still is vacant. Rainbow Foods closed its Robbinsdale store in April, but Pearson says efforts are under way to open a co-op in town.

Robbinsdale also hopes to land a light rail stop on the Bottineau line; environmental impact studies are under way.

People who live or work here are pretty content already.

“We like the location. It’s pretty busy and there’s a good flow of people,” says Julie Lee, who works at Kings and Queens Tailors on West Broadway and lives in Brooklyn Center. “It’s a clean, safe neighborhood.” 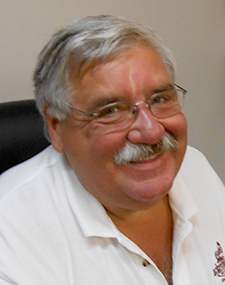 Like almost everyone else, he says he loves the city because it’s “like a small town.” Its retail offerings aren’t spread out as they are in many suburbs, Lindenfelser says, which means more business for everyone.

“Customers come here, they’ll stop at the bank, they’ll go eat at one of the restaurants or stop at Ace Hardware,” he says.

Mary Baker, who lives in St. Paul, visited Robbinsdale for the first time after friends recommended that she check out Hackenmueller’s. “I can’t believe that a town so close to Minneapolis has such a small-town feel,” she says. “I’ll be back.”