Building a neighborhood from scratch takes God-like perspicacity. There’s housing to consider, and water, roadways, stores, transportation, sewage, parks, landscaping, pricing and hundreds of other elements. Putting it all together successfully may lie beyond human or even divine capacity. After all, the Supreme Being Himself (or Herself) wound up having to evict the Garden of Eden’s two original tenants after they messed with the vegetation.

Given all the difficulties, you’d have to admit that the Minneapolis Public Housing Authority didn’t do so badly with Heritage Park, a mixed-income housing development that lies north and south of Olson Highway just west of I-94. Speeding by, you see an agglomeration of suburban-style pastel townhouses sitting a bit bleakly on the prairie. But a drive through the community reveals pleasantly winding streets lined with trees, parks, ponds and pedestrian bridges. Even on a gray winter day, without benefit of flowers or greenery, it looks rather pretty.

Minneapolis did not decide to create a new neighborhood merely for the joy of doing so. The development was part of the settlement of a 1992 lawsuit, Hollman v. Cisneros, whose plaintiffs, Minnesota Legal Aid Society and the NAACP (among others) claimed that public-housing programs in Minneapolis were concentrated in a way that perpetuated racial segregation.

The practice started in 1938 with the 350-unit Sumner Field projects, red-brick boxes north of Olson Highway. In the late 1950s, there was an attempt to disperse new public housing units to a far-flung suburb — and even to an unincorporated area where there was no government to reject the “projects,” but such a hue and cry arose from suburban residents that several new housing projects wound up back in Minneapolis just south of Sumner Field.

In 1995 the defendants in Hollman v. Cisneros, who included the Metropolitan Council, the Minneapolis Public Housing Authority and HUD (again, among others), entered into a consent decree. One provision required them to raze the 770 units of public housing on the 73-acre northside site, creating both rental and “ownership” housing that would include a mix of housing types — and ultimately a mix of races. (Don’t mourn the loss of the housing; it was falling apart and infested with cockroaches.)

Various governments from the feds on down poured millions into the project, to remediate the land, build housing and reconfigure the roads. A kind of senior campus has arisen on the south side of Olson highway that includes Thomas T. Feeney Manor, a public housing assisted-living complex, Heritage Commons for independent living and a senior services center offering clinic, health and rehab services.

Heritage Park is only partly baked, however. There were to be 900 housing units, about 360 of them condos or houses. So far, however, only about 90 of such “ownership units” have been built, and most of those who bought them went underwater on their mortgages after the housing market’s collapse. Many of the original tenants of the area did disperse to the suburbs and other less racially concentrated neighborhoods as part of the settlement agreement. But Heritage Park itself, while containing a mix of income levels, according to Bob Boyd, director of policy and special initiatives at the housing authority, is about 80 percent African-American.

What’s more, four substantial parcels of land totaling about 14 acres, on the south side of Olson Highway, remain vacant. Such large stretches of nothingness can make neighborly contact difficult and lead a community to feel isolated and neglected. The housing authority had hoped to put more “ownership” housing units there, but last summer, when it convened a group of developers to try to interest them in building out the site, the response was underwhelming. The market was not ready for redevelopment and probably wouldn’t be for another four to five years, they said — or maybe even a decade.

What to do? In late January, the housing authority and the Urban Design Committee of the American Institute of Architects in an effort to be super-creative hosted a charrette — a brainstorming session — on “temporary urbanism” or “interim uses” for the empty lots in Heritage Park. The idea was to explore “how temporary uses and activities could bring life and activity to the now vacant parcels, connect to the greater community and contribute to the vitality of the neighborhood.” So said the invitation. So, on a bone-chilling Saturday morning, about 50 or participants who included community residents, architects, designers and city housing officials showed up at Heritage Commons, gobbled up Danish and spewed out ideas. 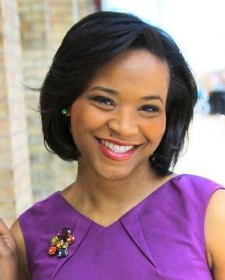 It’s not just the open land bedeviling Heritage Park. Terra B. Cole, a resident, executive director of the Heritage Park Neighborhood Association and 2012 candidate for the Minnesota House, complained, “We don’t have enough stuff here.” By stuff, she means commercial outlets, like coffee houses, flower shops, dry cleaners and grocery stores. The community very definitely does not need more pocket parks. Nobody uses them, she argued, and they wind up full of weeds and trash.

The plan created a suburb in the cities. Heritage Park looks and feels almost like a gated community (without a gate) out in Burnsville or Chaska. Like most suburban developments, it provides housing and greenery, but not much more. To buy groceries, gas or prescription drugs, residents need to use a car. And although Heritage Park was built to be walkable, there really is no place to walk to, except the park, and, Cole added, there’s not much there except bathrooms. Glenwood Avenue to the south mostly serves the light industry around it — and it’s not exactly charming. And, although the farmer’s market is a draw for residents, getting there isn’t easy. They have to trot down noisy streets and then cut under I-94 freeway, a journey that’s far from scenic.

To salt our minds, Tom Fisher, dean of the College of Design at the University of Minnesota, ran through a slide show of possible interim land uses that would not require heavy cash outlays or preclude later development. He discussed setting up parks in parking spaces, creating pop-up retail outlets and turning streets into temporary plazas. All the ideas, while ingenious and interesting, seemed designed for very congested cities where space is at a premium. Minneapolis hardly needs to develop pop-up parks in parking spaces when it could rent an entire surface parking lot downtown for $100 or so. And, at issue in Heritage Park are 14 whole acres. Clearly, our group had to think bigger.

So we divided into groups and beat our brains for a while. The architects provided a kind of tracing paper to allow us to draw schematics over large maps of the street grid. One group devised plans that looked almost construction ready. My group, of course, was design-istically challenged, and our schematic looked like a bunch of blobs and scribbles. Nevertheless, participants came up with some interesting ideas  that might bring the neighborhood to life. The most notable to bubble to the top:

A couple of themes emerged from this exercise, at least for me. First, it may be fortunate that some of the land in Heritage Park remains undeveloped. Those now-empty expanses may provide the space for services and activities that planners failed to think about when they came up with the original scheme — stores, for example.

Using the empty spaces, moreover, requires less building than programming. It’s fine to create a pretty park, but people won’t necessarily visit unless there’s something to do beyond sitting on a bench. One big improvement to the park, Terra Cole added, would be cooking grills to allow people to barbecue and picnic.

Finally, as she pointed out, the temporary uses “should reflect what the permanent uses should be.” That makes sense. People become wedded even to the interim. When the housing authority decides to redevelop one of the empty parcels, you just know that a group dedicated to saving the dog park or keeping the flea market will arise and battle to near-death to keep it.