It was a foregone conclusion that the Southwest LRT Corridor Management Committee would endorse the plan to send the proposed commuter line through shallow tunnels and over a bridge in the scenic Kenilworth Corridor between Cedar Lake and Lake of the Isles. And so it did, despite the determined opposition of Betsy Hodges, mayor of the largest and most populous municipality in the project, who insisted that the project, as constituted, was unfair to Minneapolis.

That assertion was “astounding,” said Peter McLaughlin, a committee member and a Hennepin County commissioner. The line “will bring thousands and thousands of people to Minneapolis.”

In previous meetings about the line, emotions had run hotter than pizza ovens, and normally calm citizens turned purple with rage. But the 150 people who came to hear the proceedings at Beth El Synagogue in St. Louis Park on Wednesday seemed somewhat dispassionate — possibly because they already knew how the vote would go. A few Kenilworth residents pleaded with Hodges to stand fast in her objections to the LRT plan. “Use every legal means at your disposal to fight this plan,” directed one of her constituents.

Hodges’ opposition could stall the entire project. Next week, the whole Met Council meets to hear more testimony. Assuming that it, too, endorses the plan, it will submit the project to all the cities along the line for ratification. If any refuses consent, then the entire project could come to an abrupt halt.

Well, maybe not so abrupt. The plan for the Southwest LRT, which would carry passengers from downtown Minneapolis to Eden Prairie, has been lurching ahead in fits and starts for the past couple of decades. Already its opening has been set back a year to 2019.

The latest standoff occurred last fall when Minneapolis refused to approve the LRT’s path along a shallow tunnel in Kenilworth unless the Twin Cities & Western Railroad Co. freight line that now operates there moved to St. Louis Park. St. Louis Park refused to accept the freight train because it would travel along a two-story high berm, divide the town, run close to a school and force the removal of several homes and businesses. 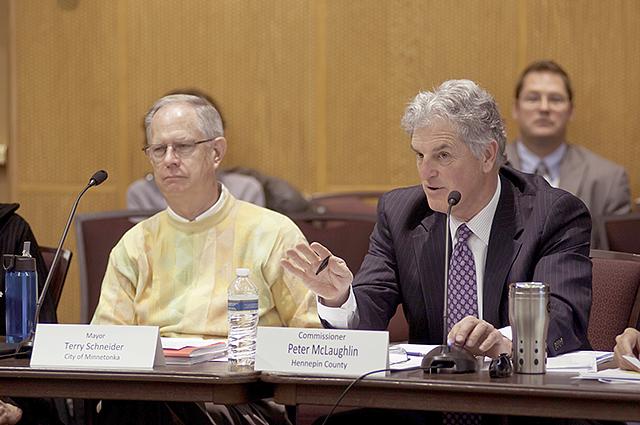 Hoping to settle the dispute, Gov. Mark Dayton delayed the Metropolitan Council‘s vote by 90 days to allow study of alternate freight train routes. An analysis undertaken by TranSystems, a Kansas City consulting company, identified a rerouting of freight trains through St. Louis Park, minus the berm and the school. TC & W, however, objected that the route wasn’t safe, and so the Met Council staff returned to its previous plan — to squish the light rail underground, rebuild the bike trails and nature walk on top and leave the freight train where it is now.

The only other dissenter in the 11 to 2 vote came from Anoka County Commissioner Matt Look, who objected to the line’s newly hiked $1.683 billion cost. He argued that the project could save millions by moving the bike bath and running the LRT line at grade. He goes, he said, by the utilitarian principle that a project should produce the greatest good for the greatest number. “I don’t think this meets that threshhold,” he added. 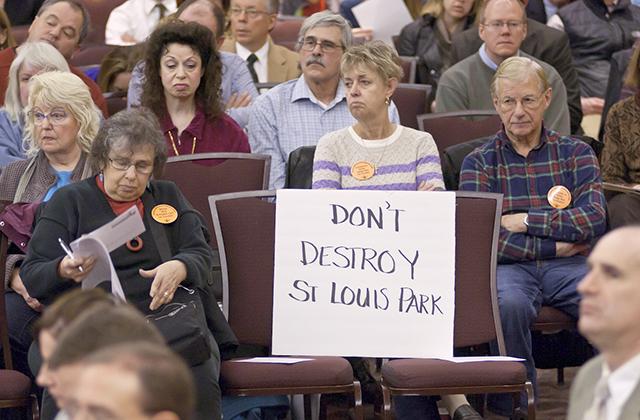 MinnPost photo by Bill Kelley
The 150 people who came to hear the proceedings at Beth El Synagogue in St. Louis Park on Wednesday seemed somewhat dispassionate — possibly because they already knew how the vote would go.

Despite the pro forma nature of the vote, some 49 people provided testimony. They shook out into several groups and subgroups taking the following positions:

3. Just plain mad: St. Louis Park has won the dispute; freight trains won’t be running through their suburb, but residents seem angry anyway. According to them, the spoiled folks of Kenilworth put recreational bike trails ahead of the safety of children whose school would be near a rerouted train. “They’ll jeopardize the safety of kids for the convenience of people with bikes,” said one.

4. Fix it: Several people argued that running the freight train through the corridor was supposed to be a temporary fix; St. Louis Park had made a deal to accept the freight train in exchange for $55 million in state funds used to clean up an industrial site. Now it had reneged. They all blamed Hennepin County for failing to resolve the problem years earlier.

Among this group was Hodges, who stood fast in opposition to freight trains in the Kenilworth Corridor. The question isn’t about support of mass transit — she is all for that, she said; it’s about a “fundamental failure” of the Metropolitan Council to stand up to the freight line and to ask the Surface Transportation Board, the federal agency that mediates such disputes, to allow a rerouting. “We should not give the railroad veto power over us,” she said. “I won’t vote yes.” she said.

Now the question is: Can and will the Metropolitan Council force Minneapolis to gulp down the plan? Look out for lawsuits around the next bend in the track. 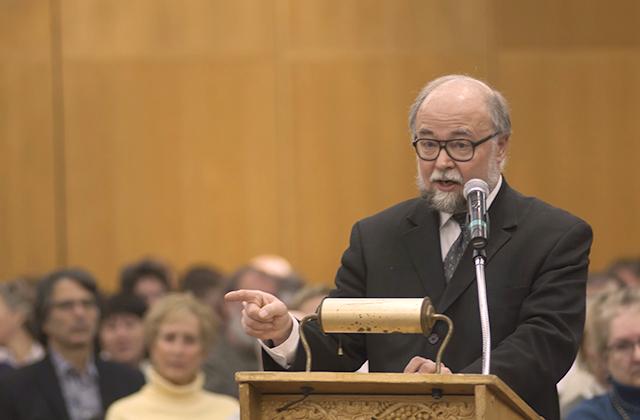