As you probably know, the World Cup kicked off in Brazil last week, and over the next couple of days you’re likely to improve your flag-identification skills. Meanwhile, the MLB All-Star Game comes to Minneapolis next month, and the Vikings Stadium is a construction hotbed.

Even if you don’t care for sports, each of these moments deserves your attention because each event represents an intersection of sports and public space in our cities. For example, just as elaborate protests surround each Brazilian soccer game, rules for free speech during All-Star weekend are being tossed around Minneapolis City Hall like a double play ball. And last week, as the Star Tribune scooped out the details of the NFL’s Super Bowl bid to a slack-jawed public, the question of how many rights Minnesotans might sacrifice to the gods of football has become a hot-button issue.

The elephant in the room is “The Yard,” the three-block park that is the fortuitous offspring of the Vikings Stadium. The park will replace the long-neglected surface parking lots of the east edge of Downtown, and will front a planned 5,000-employee Wells Fargo office development. The stadium design will leave a long-lasting imprint on Minneapolis, and The Yard might be the most important piece.

The origins of The Yard are complicated. Once funding for the stadium was approved, a miniature land rush occurred in the acres of parking that have languished for decades. The current proposal was hammered out by the Metro Sports Facilities Commission (MSFC), the Vikings, Wells Fargo and Minneapolis, and calls for a 3.4-acre park sitting between the stadium and the Hennepin County Jail. The city and the Minneapolis Park and Recreation Board are currently debating how to pay for maintenance of the park. 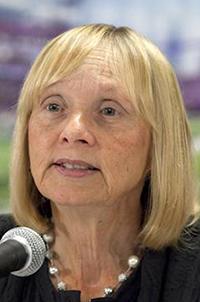 One key sticking point seems to be how often the park’s spaces will promote events at the stadium next door. While the Vikings play less then 10 home games a year, according to Michele Kelm-Helgen, chair of the Minnesota Sports Facilities Authority (MSFA), The Yard could also be home to many other stadium-themed events through the year, ranging from marching bands to monster trucks.

The wrangling over The Yard illustrates how designs for sports stadiums have evolved through the last century. In the early 20th century, stadiums pressed their shoulders against the city. Think of Chicago’s Wrigley Field or Boston’s Fenway Park, the oldest remaining major-league ballparks. Fenway’s “green monster” outfield wall is an architectural compromise with Landsowne Street just outside, while at Wrigley, the apartment buildings across Waveland Avenue famously boast their own bleachers.

But as sports teams expanded to the suburbs during the 1950s, they moved away from eccentric designs and built on large footprints. Bloomington’s old Metropolitan Stadium, where the Mall of America sits today, offers a classic example: a 20,000-seat field surrounded by parking lots in a cornfield by a new freeway. Until recently, almost every post-war stadium followed this model, and many stadiums (particularly football) are still designed this way. 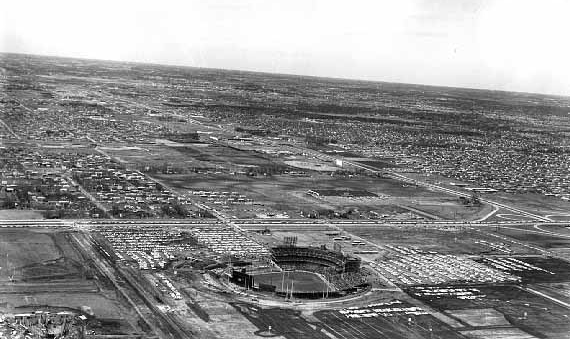 But beginning sometime in the 1990s, sports teams began moving back toward the city center. For example, Target Field was shoehorned into an 8.5-acre parking lot, and its plazas flow onto the sidewalks outside. San Diego’s stadium designers literally moved an old warehouse to become part of the outfield wall. And even football teams are becoming more urban; both of Ohio’s NFL teams, the Cincinnati Bengals and the Cleveland Browns, built stadiums within walking distance of downtown. When offered a choice of locations, for better or worse the Vikings chose a spot by light-rail lines between downtown and the West Bank.

The big difference between suburban and urban stadiums are the vast surface parking lots that surround those in the suburbs. These acres of asphalt serve many purposes beyond the obvious car storage. (For example, take tailgaiting, the time-honored tradition of having a boozy picnic next to your car.) According to Kelm-Helgen, parking lots also become crucial event management tools for hosting large events. As she told me, “If you had a suburban stadium, all those parking lots would become staging areas and a security perimeter. For a Super Bowl or a Final Four, you don’t want everybody showing up at 5 o’clock for the game, you want people to come through the day. So you put up a tent so that people can come throughout the afternoon.”

The fact that the Vikings stadium will sit on an urban site is both its main advantage and its main disadvantage. As Kelm-Helgen describes, “When you have an urban site like we do, you need that exterior space. Those seas of vacant parking lots that were used on those 10 game days might not a very good use of space from a city design standpoint; however, once they are gone, having something like the park plaza for a pre-game event space is really a big plus.”

And in the stadium legislation, an exterior event space was always part of the plan, originally consisting of a few blocks on either side of the massive building. But instead, The Yard will combine those spaces into a place that might also serve as a public park during the rest of the year. No matter what you think of the stadium deal, on the surface The Yard seems like a win-win.

Will The Yard be a public space?

While that might be true in theory, real-world public spaces are a messy affair. Nathan Clough, a professor of geography at the University of Minnesota-Duluth, has researched the contested nature of public space, focusing on protest sites like the Republican National Convention in St. Paul. As he explains, the idea of public space is a new concept in U.S. history, achieving a lot of importance following the tumultuous 1960s and ’70s protest eras. 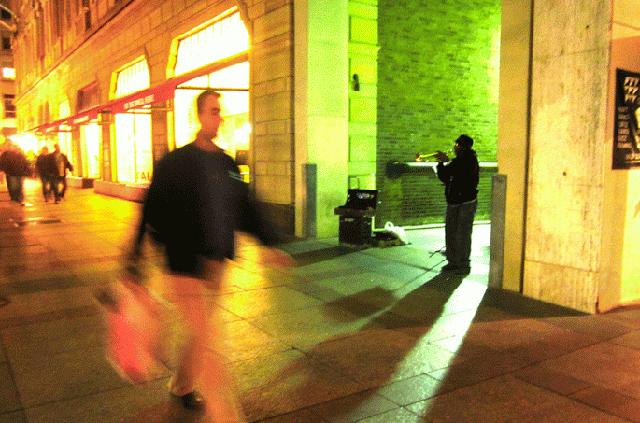 MinnPost photo by Bill Lindeke
The idea of public space is a new concept in U.S. history.

“First, public space must be owned by the public, so that all people collectively have access to it,” Clough told me. “But that access is funneled and regulated within certain parameters.” According to Clough, there is no such thing as a pure public space; there are always implicit and explicit social rules governing behavior, clothing, speech and activity. Just as you can’t yell “fire” in a crowded theater, every public space has social expectations for things ranging from skateboarding to nudity to street vending. These rules vary widely across time and space, so that things that seem normal in one place seem quote wrong in another.

As Clough describes, public spaces have evolved during the past few decades, particularly in our cities. Following the urban decline of the 1970s, downtowns developed methods for designing public spaces to compete with suburban shopping malls. Approaches like business improvement districts (BIDs), where property owners establish control over branding, security and streetscape amenities, merged with “crime prevention through environmental design” (CPED), where authorities shape behavioral expectations about small crimes and perceptions of blight. Both approaches involved ceding control of public spaces to private interests. The end effect, Clough argues, was to make public spaces into “middle class sites where any kind of activity that’s not OK feels transgressive, which is an amazingly powerful thing.”

Who will belong in The Yard?

As for The Yard, Clough calls it a “classic example of privatization,” and warns that there are two big questions still in play. First, who will pay? Will it be a BID-style nonprofit, with private backers and a limited mandate? Second, will events in the park during events affect its appeal to nearby workers and residents?

Striking a balance of public and private imperatives also concerns City Council Member Cam Gordon. Gordon, who wrote a long post on his blog about The Yard, is worried the park won’t serve the needs of nearby residents. Instead, Gordon would like to see a “destination park, with tables, playgrounds, barbecues or soccer fields … something that draws people.” Gordon is frustrated by recent privatized public spaces such as the nearby Gold Medal Park, built with private money and maintained through a complex regulatory structure. By contrast, Gordon believes that “The Yard should be operated and managed and programmed by the Park Board. This is what they do: they have park land, they program it well, and are held accountable.”

Meanwhile, the details of The Yard are still up in the air. Right now, the Park Board, the city and other groups are negotiating rules for programming, control and funding. It remains to be seen what kind of public space The Yard might become.

Michele Kelm-Helgen and the MSFA assured me that no matter what happens, the park will be an improvement over the existing parking lots. By the time the Super Bowl gets here in 2018, The Yard will have become an everyday public space, with rules and expectations governing how people use it during events and for lunch breaks. Whether making snowmen in the winter or playing Frisbee in the summer, or maybe just watching the marching bands pass by, by then we’ll know the rules.