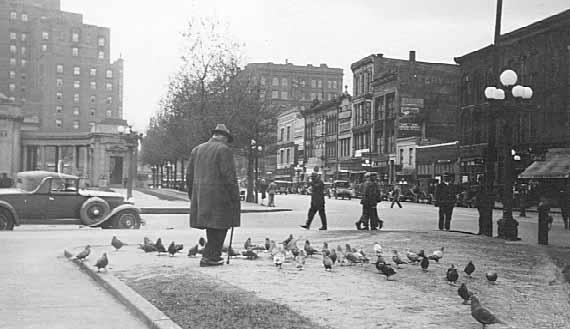 This column is called Cityscape, and thanks to MinnPost and its funding partners, I am able here to write about many different aspects of urban life, design and relationships. But what is a cityscape anyway? It’s not a word that is used much in everyday speech. What does cityscape even mean?

At first glance, “cityscape” seems like an obvious neologistic mashup of “city” and “landscape.” But the more you think about it, the more this doesn’t quite answer  the question. Because, what is a landscape?

To talk about landscape is complicated, but the OED is as good a place as any to start. The word “landscape” derives from Dutch, where it originated as a term to refer specifically to paintings of the countryside. In that sense, the landscape has always had both a dominantly visual character, and connotations with the rural. (Both of these things will prove to be crucial for understanding “cityscape.”)

The classic example of this is landscape painting. Go to the Minneapolis Institute of Arts, and landscapes will be all around you: pictures of mountains, fields, and quaint cottages nestled under tree. (PBS’ Bob Ross was uniformly devoted to panting landscapes.)

But landscape paintings are not as innocent as they seem. According to University of Minnesota geographer George Henderson, this concept of landscape was closely tied to the growth of private property. Images of landscape “fostered a vision of land as property to be owned, managed, and viewed. Land was physically shaped as a thing to be viewed, as property that provided pleasure in the facts of ownership visually displayed, usually to other land owners and at the expense of the less pleasant, gritty facts of labor and production.”

In a sense, to paint a landscape was to cultivate a certain sense of propriety, an image of the land the supported how we like to see ourselves. The same kinds of principles apply today with views of urban skylines, which are often coveted by apartment and home owners. As Henderson describes, landscapes in this sense “tether community and land,” and because they play such a key role in our identity, landscapes can be the sites of heated contestation. (For example, fights over building heights or standards for lawn care.)

As it evolved through the 20th century, the United States developed a unique sense of the term landscape through the work of the writer and teacher J.B. Jackson, who founded and edited Landscape magazine for many years, beginning in the 1950s.  And it was Jackson, more than anyone, who led us into the terrain of the “cityscape.”

On one hand, Jackson seems like a traditional landscape lover. He lived in and focused on the terrain in the Southwest United States, spending a lot of time looking at classical southwestern landscapes (e.g. geology, deserts). But on the other hand, Jackson was famous for thinking about everyday “vernacular” landscapes. For example, he loved looking at, and writing about, strip malls, road signs, urban spaces, quotidian homes. Through his writings and teachings at universities on both coasts, he encouraged a generation of architects and scholars to “read” the spaces around them and ask questions about how it looks, and why places evolved in their locations.

For Jackson, the city became a landscape that people could “read” by looking for clues and knowing a basic vocabulary about architecture, urban planning and economic history. Since then, the notion of “reading the city” has become a common idea, with writers like Grady Clay, Dolores Hayden — or, locally, Larry Millett and Andy Sturdevant (who writes for this site), offering lessons on how to look at the city.

One tip from Jackson: To read an urban landscape like Minneapolis or St. Paul, it helps to have a basic understanding of architectural styles and land use types. For example, looking at the details, size or architectural styles of a house can reveal approximately when it was built. (Locally, attached garages did not become common in Minneapolis until the 1950s; any home with a front-facing garage was likely built after that time).

Another potential meaning of “cityscape” refers specifically to the built environment, the collected sum of material infrastructure that surrounds us: lampposts, fire hydrants, sewers, power lines, the many varieties roads, and so much more. Walking through the city and simply noticing all of these things can be a fascinating exercise. (For example, next time you’re in either downtown, look for the windowless district energy substation buildings. Or notice at all the different kinds of traffic lights, or styles of lampposts.) 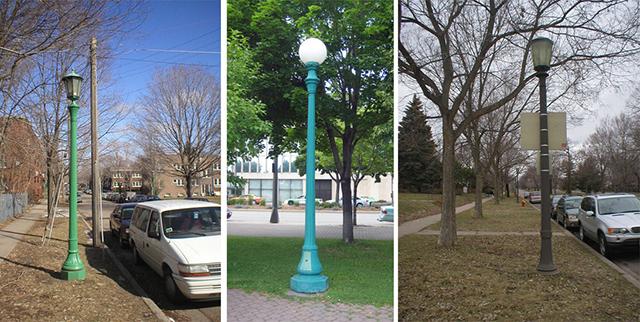 For the advanced observer, there are a few key tricks to learn. Grady Clay suggests deploying oneself along a “cross-section analysis” of a city or town by following a general path cutting across both run-down and booming neighborhoods, through “ethnic enclaves” of different ages, and into different kinds of land use zones (e.g. industrial vs. residential). This gives you a great sense of the cityscape as a whole.

There are other tricks, too, that can help with exploring the cityscape. I call one of my favorites “the sensation game.” Pick a spot in the city and sit down for a few minutes. While you’re there, pick one of your senses (sound is a good one), and simply focus on that one. Spend a few minutes and notice all the different things you can hear in that space, in that particular time. I often hear birds, wind in the trees, the ubiquitous sounds of cars; if you’re lucky, you might add church bells, raindrops, people’s voices, lawn mowers, or many other things. You can do the same for smells, and even touch. (Yes, it’s OK to stop and touch the flowers.) Moving through the city like this will help the everyday cityscape come alive around you.

Particularly in the later 20th century, these kinds of exploring exercises have become fruitful sites for artistic work. For example, the Situationist radical art movement in 1950s Paris encouraged people to make their own “psychogeographic” maps of the city, based on personal or economic situations. Or the “Fluxus” movement in the 1960s had fun with exploring cities.

(For example, here is an example of a 1961 Fluxus instruction by George Brecht: “Arrange to observe a sign indicating direction of travel. / Travel in the indicated direction. / Travel in opposite direction.”)

If landscapes are a visual concept that reifies a particular rural community in our imaginations, the cityscape is an ever-changing mix of people and material. A great place to start looking at the cityscape is Gateway Park, at the South end of the Hennepin Avenue bridge. Look around here and notice the large flagpole and read the plaque. Look at the Park Board signs, and try to guess what year they were made based on the fonts and materials. Look around and notice the ages of the different buildings. (Gateway Park was the site of many different attempts by the city to define itself through architecture, yet remained one of the central sites of social interactions (and conflicts) for much of the 20th century.

These kinds of cityscapes are all around us all the time. Unlike landscapes, which tend to cling to a particular identity or community, cityscapes are swirling, diverse social kaleidoscopes, filled with people of all shapes, sizes and backgrounds. (Jim Walsh offers a great example of the diversity of downtown Minneapolis in his recent photo essay for this website.) Walking through the city and noticing how differently people cross the street, talk to each other, or arrange their homes is a hobby that can keep you entertained for a lifetime. The trick is to feel comfortable with getting a bit lost. Then you’ve found your cityscape.

Just what is a ‘cityscape’?