Two weeks ago I happened across a grisly scene: the death of a shortcut. I often wander around downtown St. Paul with friends, paying special attention to back alleys, old buildings and parking lots. I was walking through one of my favorite alleys when I found three construction workers placing bricks and mortar in an alley off 7th Street. They were friendly enough and told me they were working for Dave Brooks, who owned the property and the surrounding buildings. Still, the sight of the new wall made me sad because St. Paul had lost another shortcut. 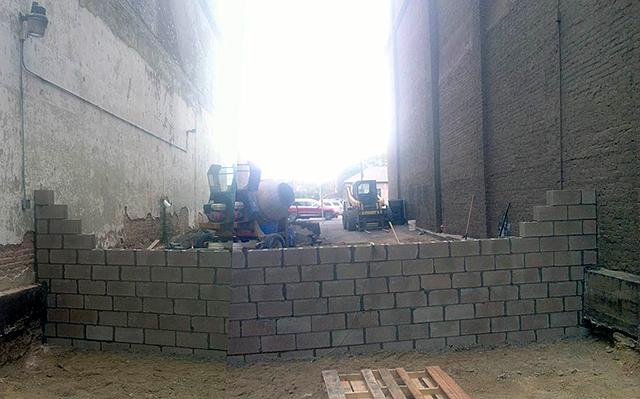 The hidden value of shortcuts

In Jane Jacobs’ groundbreaking book “The Death and Life of Great American Cities” she argues that “small blocks” are one of the keys to healthy and walkable cities. According to Jacobs, great cities need small blocks because frequent street corners and shortcuts foster urban diversity.

But Jacobs’ lesson seems lost in many of today’s urban designs, where massive buildings on mega-blocks have become the norm. If you compare today’s downtowns to photos from 50 years ago, you’ll find that shortcuts have all but disappeared in the city core.

There’s a hidden value to shortcuts. Most people who get around on bike or on foot have secret routes around dangerous corners or urban barriers like freeways or railroads. These include parking lots, one-way streets, back alleys, holes in fences, and even un-sanctioned railroad crossings. In fact, once you start using shortcuts, real-life journeys can bear little resemblance to directions on Google Maps.

But shortcuts pose problems for private-property owners. As I asked friends about the Twin Cities’ best shortcuts this week, I got the following warning from Paul Dickinson, a local poet and media purveyor: “If you write about the shortcuts, THE MAN will shut them down!”

Dickinson is right; shortcuts are fragile things and must be handled with care, because many of these secret routes occupy a gray area between public use and private property, where authorities can choose whether to forgive our trespasses.

Minneapolis’ hot spot for shortcuts has to be the Cedar-Riverside neighborhood (aka the “West Bank”), the historic immigrant melting pot surrounded by freeways and big institutions.

Cadillac Kolstad is a musician who grew up around the West Bank, and works with the West Bank Business Association when he’s not playing piano. These days, he’s nostalgic for the era when it was easy to walk around.

“One of characteristic things [about Cedar-Riverside] is that the grids collide between downtown and the rest of the city,” Kolstad explained to me this week. “There were a lot of triangular shaped small blocks. The neighborhood was relatively porous and you could get around really easily.” 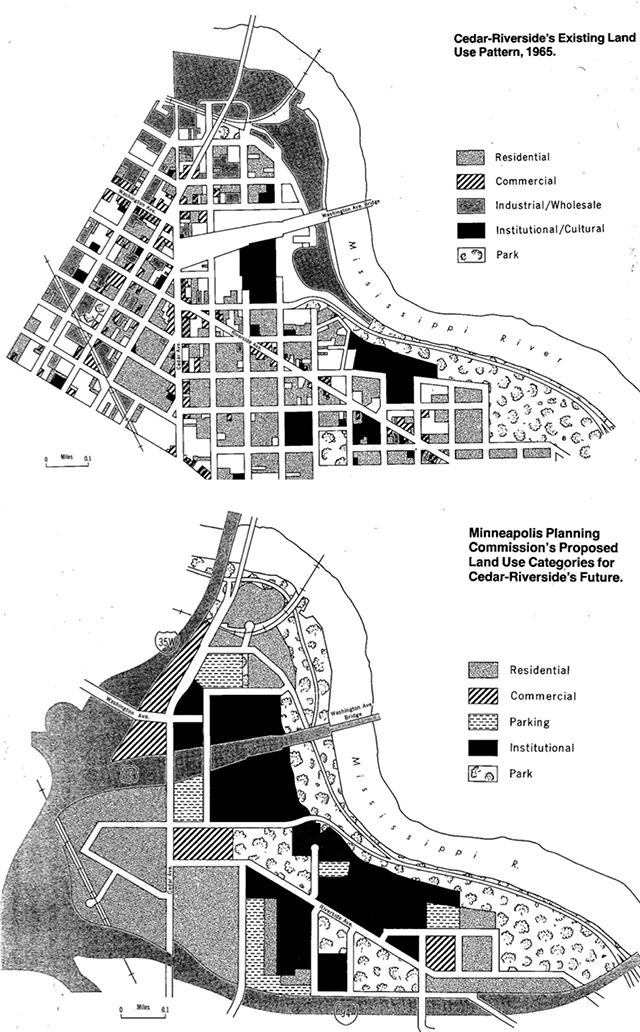 Minneapolis Planning Commission
From 1965: Cedar-Riverside’s existing land-use pattern, and a plan for its future. Many of the changes proposed in ’65 never took place.

Starting in the 1960s, planners focused on large-scale development and traffic flow by consolidating smaller blocks and “vacating” pedestrian rights-of-way. Many of these changes made Cedar-Riverside more difficult to get around.

Even today, the corner of old 5th Street and Cedar Avenue is the site of a battle over a historic shortcut. For years, there’s been a sidewalk running through the site of Dania Hall and old 5th Street that connected Cedar Avenue to the neighborhoods to the East. But the shortcut has been fenced off since the next-door Nomad Pub received a permit to screen World Cup soccer matches in the space over the summer.

“Having the fence there is definitely inconvenient,” Kolstad said about the missing shortcut. “It’s a frustration for people, but it’s been a controversial piece of land for 15 years. Even the [fenced-off] sidewalk that was put there was controversial, because it was technically illegal. But most people were pretty happy that it was put in.” 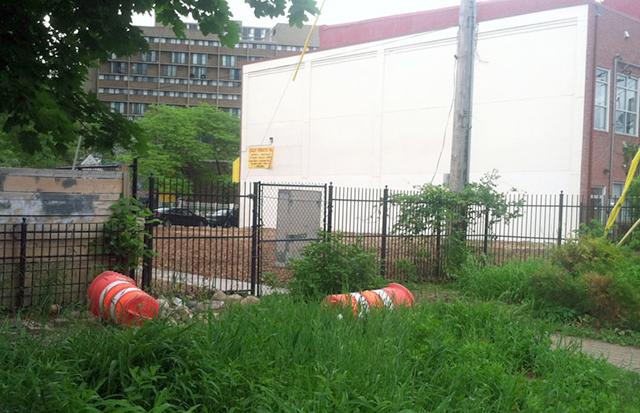 Back in September, I wrote to City Council Member Abdi Warsame to ask about re-opening the sidewalk shortcut.

“We understand that this is a space that provides a key connection to both sides of Cedar Ave.,” Marcela Sotela, Warsame’s aide, replied in an email. “It is important to highlight, however, that this is not a public sidewalk. It is actually part of the lot that the City owns and therefore private property. As you mentioned, the Nomad Pub leased the property over the summer. That lease has expired and this passage will be re-opened very soon.”

To this day, the fenced-off shortcut has yet to re-open, and pedestrians looking to get to and from Cedar Avenue have to walk blocks out of their way.

Granary Road, another famous Minneapolis shortcut, sits right across the river between the Dinkytown Greenway and St. Anthony Main Street. Instead of high-speed 4th and University Avenues, many bicyclists and joggers opt to trespass along the old rail yard overlooking the river. There a gravel path runs along old boxcars before turning into a paved road leading to the Stone Arch Bridge.

“It’s a popular albeit kind of scofflaw shortcut,” said Paul Buchanan, who chairs the Marcy-Holmes Transportation Committee. “You can get between that part of the neighborhood, Dinkytown, and even Stadium Village. It’s safer most of the year, and much safer during the winter, than it is to walk or ride on the street level of things. It’s separated, and there’s really never any traffic down there.”

But like many shortcuts, Granary Road occupies a gray area between private railroad land and public use, so that bicyclists and joggers are occasionally warned by campus police about trespassing. That’s one reason the Marcy-Holmes neighborhood group has spent years trying to make the shortcut official.

“The neighborhood really could use this,” Buchanan explained to me this week. “Defining a public right-of-way and creating an actual public trail is our eventual goal.”

In fact, in hopes of officially sanctioning the shortcut, Mayor Betsy Hodges wrote a letter [PDF] this summer to the University of Minnesota asking that the university “include non-motorized commuting and recreational uses in [ongoing] lease negotiations” over the railroad right-of-way.

Use them while you can

When you examine the real world of walking and biking, shortcuts become one of the lesser-known urban secrets. A well-placed alley or sidewalk easily can shave a mile off your route, and that can often make or break someone’s experience of a city.

But if history is any guide, shortcuts are in constant danger. As I write this, St. Paul’s 7th Street alley remains walled off, Cedar Avenue still has a fence, and you might get yelled at by a security guard for going along “granary road.” Keeping shortcuts open in the face of private development is a difficult job, which is why I’m going to keep the rest of my favorite shortcuts a closely guarded secret.