It’s easy to chuckle at the thought of robot cars. As a kid growing up, I spent afternoons watching old re-runs of “Knight Rider”: KITT, the electronic Trans Am, talking away with then-hunky David Hasselhoff as they fought off the bad guys. The vision always seemed like a mixed bag to me, spending hours of your life talking to a machine, a robot car taking all the fun out of driving.

But there’s one simple reason that self-driving cars are inevitable: The current status quo is very bad. Because we all do it almost all the time, it’s easy to forget that driving around in cars all the time is extremely deadly. Over the last 50 years, an average of 40,000 people were killed annually by distractible humans driving cars. (That’s the mind-blowing total of 2 million Americans.) Unless you’re a lumberjack or an Alaskan fisherman, getting in your car is the most dangerous thing you do each day.

Frank Douma is a research fellow at the University of Minnesota’s Humphrey School of Public Affairs who recently hosted a conference on autonomous vehicles (aka robot cars) and explained to me that more than 90 percent of auto crashes are the fault of a driver making a mistake.

“After nearly 100 years of having cars, we’ve made them very safe,” Douma told me this week. “The one area we’ve not been able to really improve is the driver interaction with the car. There’s only so many other things we can do.”

David Levinson is an engineering professor at the University of Minnesota who attended this month’s conference. He explained to me that the key for autonomous vehicles is that they can react far more quickly and precisely to their surroundings.

“We could go down from 33,000 to a few hundred deaths per year by car,” Levinson told me. “In mixed environments, speeds can be regulated so that cars go much slower. People might be more wiling to travel at slower speeds in neighborhoods when they don’t have to stop at stupid traffic lights. And we won’t have the option to be more aggressive, like we can right now.”

Unlike many harried urban drivers today, robot cars would always stop for a child crossing the street or give plenty of room to a bicyclist. Saving tens of thousands of lives, while making cities safe again, is an inspiring vision.

Impeccably driven robot cars would also greatly expand our road capacity. Compared to mistake-prone humans, over twice as many robot cars might fit onto a lane of highway, which could make traffic jams (and freeway expansions) obsolete. 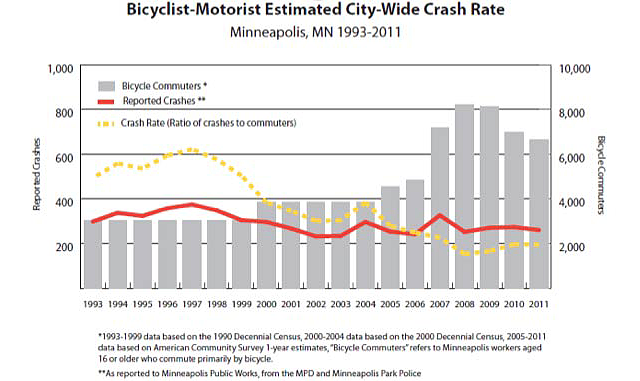 What happens to driving?

But in the short term, the driver remains the biggest challenge for robot cars. Completely autonomous cars (known in the industry as “level 5”) are still a long way off. Until then, drivers’ cars would still have some level of responsibility. You wouldn’t be able to go to sleep or drive your robot car drunk, but you might be able to use a computer, read a book, or watch the latest episode of the inevitable “Knight Rider” remake.

And according to Douma, who is a legal scholar, this gray area poses tricky legal questions.

“Personal liability won’t go away,” he told me. “You’ll see quite a bit of interaction and negotiation between manufacturers and the NHTSA (National Highway Traffic Safety Administration) about what is going to be an acceptable level of safety. You probably won’t see so many of those mom-and-pop injury lawyers, but you’d see more on the class-action side.”

Liability is a sticky problem because, outside of drunk driving, car drivers have remained largely immune to responsibility for the tens of thousands of deaths on the road. (A case like Amy Senser’s is the exception that proves the rule.)

But that’s beginning to change as texting and mobile technology uproot the delicate balance of automobile violence. Robot car technology will add a whole new level of complexity to a system, and nobody is quite sure how that might work.

At the same time, the ability to daydream while driving is appealing to stressed-out commuters. As Levinson explained to me, robot cars might lead to even more driving than we see today.

“Autonomous cars will be faster on average, and as a result they’ll increase the distance people are willing to travel, “ Levinson told me. “They will also reduce the cognitive burden of drivers, and so people will be willing to spend more time driving. Both things would lead to further suburbanization.” 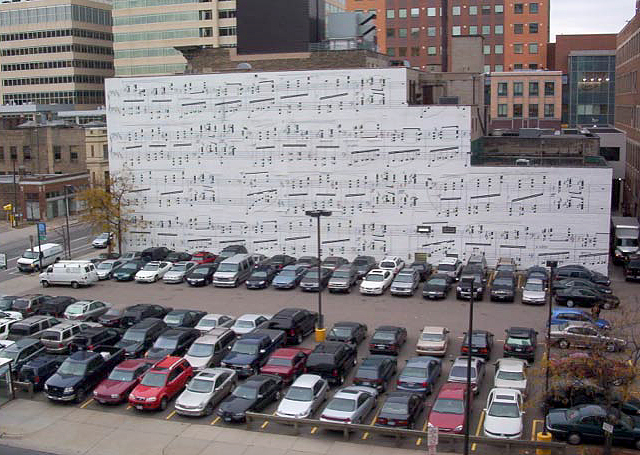 Courtesy of Brendon Slotterback
Each year we spend hundreds of millions of dollars on expensive parking lots and freeway expansions; what if those massive projects were obsolete in a decade or two?

In a world filled with robot cars, drivers would have less stressful commutes. Picture cities where mega-commutes of 50 or 100 miles were commonplace (for those who could afford the surely more-expensive gas).

And in the city core, on-demand robot car sharing programs might mean that more people wouldn’t own one of their own. Robot cars could park themselves, ending the need for expensive downtown lots or car storage in apartment buildings. (Imagine Hasselhoff going out to dinner and using KITT as a robo-valet.)

Brendan Slotterback is the sustainability program coordinator for the city of Minneapolis, and sees a lot of promise in cities filled with robot cars.

“Theoretically, if you can save space in the right-of-way by moving people more efficiently; you could use that space for something else,” Slotterback said. “More space for non-motorized transportation or green space or whatever. And there’s the parking question: What do you need so many ramps in the downtown area? We could use those for redevelopment areas.”

All this might sound like a fantastical vision, but any one of these outcomes would be a game changer for urban policy. Each year we spend hundreds of millions of dollars on expensive parking lots and freeway expansions; what if those massive projects were obsolete in a decade or two?

There are still a lot of questions surrounding robot cars. How quickly could they be adopted across the country? Could they be “hacked”? How will governments handle frightening privacy concerns? And, here in Minnesota, can they be designed to work in the ice and snow? (Currently, bad weather really ruins the performance of cameras and sensors.)

Personally, I’m still a bit skeptical about whether the technology can really work. Solving the driver liability issue seems devilishly complex. But robot cars are happening right now, and the safety benefits are impossible to ignore. Like it or not, robot cars mean that driving could look different in a decade: thriving walkable cities, far fewer parking problems, and traffic jams melting away in favor of a class of supercomputer supercommuters. In no time, those long-term highway plans might look as silly as Hasselhoff’s hairstyle.