They say, “All politics is local.” If that’s true, then you’ll find most politics in your city’s public works department because in both Minneapolis and St. Paul those departments have the most budget money and the most employees. Their staffs manage everything from sewer maintenance to recycling to parking lots. But their biggest job is building, designing and maintaining the miles of roads, traffic lights and sidewalks running through all corners of the city.

These days, big changes are happening under the surface of public works’ streets and snowplows, as both Minneapolis and St. Paul are rethinking how public works departments operate in response to changing public demands and financial constraints.

Keeping up with walking and biking demands

Most public works departments grew up during the booming automobile years, when traffic counts kept climbing year after year like an ocean tide. As a result, most cities’ public works officials have spent their lives planning for increasing traffic: widening streets, adding more car lanes, or redesigning intersections to increase traffic flow. But over the last decade, in cities like Minneapolis and St. Paul the growth in traffic has tapered off while people have increasingly begun demanding streets better designed for walking and bicycling.

Robin Garwood is a council aide for Minneapolis City Council Member Cam Gordon, and believes that some changes to the Public Works department could improve Minneapolis’ streets. 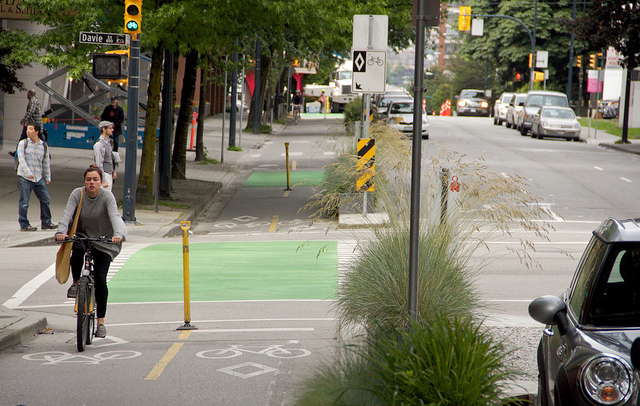 Garwood points in particular to how the pedestrian and bicycle planning takes place in a separate department from the automobile planning, which often makes coordination difficult. That’s one of the things Minneapolis Public Works Director Steve Kotke is looking to change by consolidating his planning and traffic divisions.

Community engagement poses another challenge for Public Works departments, where engineers make up the bulk of its employees. Back in the old days, road and highway projects didn’t have to do much community engagement at all. For example, New York City’s Robert Moses was justifiably famous for bulldozing first and asking permission later.

These days, though, everything is changing. For engineers, designing streets for walking or bicycling involves thinking about different criteria from designing for cars, which makes listening to the community and neighborhoods very important.

Typically in Minneapolis, project budgets are approved before any community engagement takes place. For example, by the time many street reconstruction or repaving projects get brought to neighborhoods, bike lanes or expanded sidewalks are already off the table. But Kotke wants to change how staff perform public engagement, to allow his department to reach out to neighborhoods before the scope and budget are determined.

One other change from the old days is that tighter purse strings pose a challenge for public works departments. As Kotke explained to me, federal transportation grants used to be somewhat lenient about deadlines. For example, if a city received funding for a new road project, but had to make changes to designs, they might be given some leeway. These days, under the new guidelines (called MAP-21), so-called “sunset provisions” have been eliminated. That change means that public works departments have to be far more thoughtful about the project designs process. 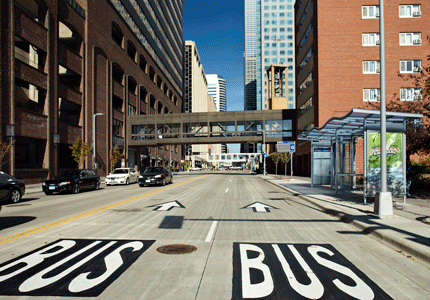 “Lesson learned is to get some of this advance planning, community engagement and concept design done earlier,” Kotke explained. “That way, we’re better prepared to deliver the projects when the funding comes available.”

These kinds of fiscal imperatives mean that public works departments like Minneapolis’ have to rethink how they go about community engagement. For Kotke, that means freeing up some staff time to do community engagement work holistically and earlier along in the project timeline.

Meanwhile, across the river in St. Paul, the public works department is also changing. Long-time director Rich Lallier is retiring this month, and the mayor’s office is coordinating a search for a new director. Kristin Beckmann, the deputy mayor of St. Paul, is leading the search.

“We are looking for a public works director who can carry out Mayor [Chris] Coleman’s vision of an 8-to-80 city,” Beckmann told me. “We want a built environment where someone who is 8 years old or 80 years old can walk, bike, take transit, or drive in a safe, walkable and livable community.”

Beckmann points to the citywide bicycle plan and the huge redevelopment project at the Highland Park’s former Ford Plant as two examples of making St. Paul’s walkable vision into a reality. 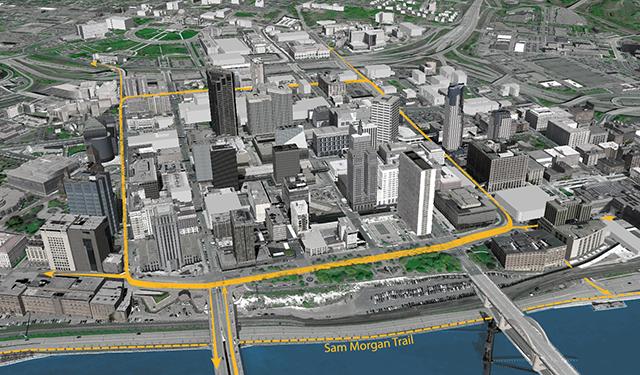 “Our public works department has been on this path for a while called Complete Streets,” Beckmann told me. “You don’t just build a road, but you think about the built environment in connection with everything else. That’s probably the change. We’re trying to decompartmentalize our departments, and have them all fit together.”

For example, St. Paul has typically run its public works department on a project-by-project basis, but is considering reorganizing how they allocate funds to allow for more community engagement earlier along in the process. With the new director hire alongside these other changes, St. Paul’s transportation discussion might change a lot in 2015.

When the Minneapolis City Council was asked to approve a public works director earlier this year, they called for some changes in the way that the department operated. Council Member Lisa Bender represents Ward 10, and believes that the city needs big changes to its transportation policies.

“There are so many reasons why we need to change course,”  Bender told director Kotke during his reappointment hearing. “You have a challenging job ahead of you to change course, turn this ship, and retrofit our transportation system to bring balance to the overemphasis on building for cars for so long.”

When combined with near constant snow these days, all these changes mean that public works have a lot on their to-do list. They’d better start plowing ahead.