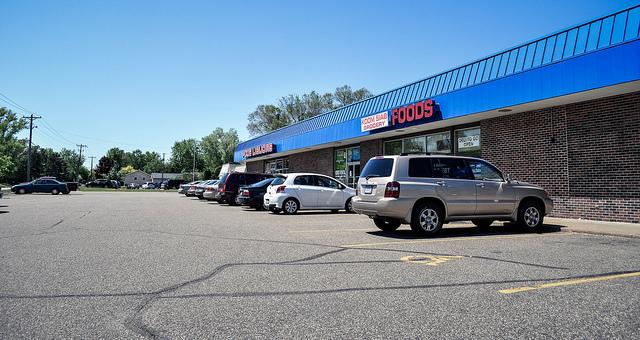 Unless you live there, you probably didn’t take much notice of last month’s Brooklyn Center mayoral race. But in a way, it was one of the most interesting results out there. Mike Elliott, whose family immigrated from Liberia when he was 11, came within 150 votes of being the first African-American mayor of Brooklyn Center. Elliott’s near-victory reflects how many Twin Cities suburbs are rapidly growing more diverse; at the same time they're facing increasing rates of poverty. Given the tensions around suburban race relations in places like Ferguson, Missouri, do Twin Cities suburbs need to begin paying more attention to race and class divides? 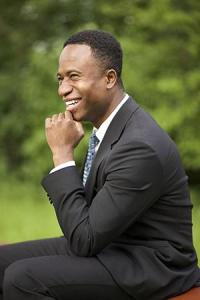 Over the last 10 years, suburbs have been changing rapidly all around the country, and the Twin Cities have seen some of the most rapid changes. According to a 2013 Brookings Institution report, the Twin Cities rank in the top 10 nationwide in fastest growth rates of suburban poverty.

This trend has been most noticeable in suburbs like Brooklyn Park, Brooklyn Center, Richfield and Hopkins. For example, as of last year the nonwhite population outnumbers the white population in Brooklyn Park. The rise in both diversity and poverty poses lots of issues for these suburban cities, which have to deal with increasing foreclosure rates and a rapidly changing school system.

When faced with concentrated poverty, suburban cities face a different set of challenges from many of their larger core-city counterparts. Myron Orfield heads the Institute on Metropolitan Opportunity at the University of Minnesota, and has been working on issues of regional equity for years.

Non-white population of selected suburbs
Minneapolis suburbs have seen their nonwhite populations increase in recent years, though the percentages are still lower than those in Ferguson, Missouri.
Source: U.S. Census

“Racially diverse older suburbs have especially hard problems because they tend to be places that don’t have lots of fiscal strength,” Orfield explained to me. “They tend to be discriminated against by real-estate agents and banks and have a limited amount that they can do.”

One of the key issues, according to Orfield, centers on the homogeneity of housing stock and infrastructure. Unlike center cities, most first-ring suburbs were built rapidly within a space of a few years, and so many of their homes, streets and schools are aging at the same time. This places large burdens on city budgets that can be hit hard by recession. For example, according to a Star Tribune report earlier this year, Brooklyn Center had some of the highest rates of mortgage forfeitures in Minnesota during the housing crisis.

But Twin Cities’ suburbs have a few advantages compared to many other metro areas. Regional policies like the Fiscal Disparities Act and the state’s unique Local Government Aid system help to offset the some of the inequalities between wealthy and poor suburbs in the Twin Cities.

Poverty rate of selected suburbs
Poverty is also on the rise in the suburbs.
Source: U.S. Census

“Fiscal disparities makes it better,” Orfield told me earlier this year. “And also these suburbs are helped by state school aid programs, but it’s still not equal. [These cities] don’t have a lot of tax base. Richfield or Brooklyn Park has half the tax base per household than Minneapolis has. That means that they have to tax harder.”

According to Orfield, despite the areas of concentrated poverty in cities like Minneapolis and St. Paul, core cities are greatly helped by their income and housing diversity. For every struggling neighborhood like North Minneapolis or Frogtown, core cities have places like Uptown or Highland Park where the tax base is healthier and can begin to offset the effects of concentrated poverty.

Just like its smaller neighbor, Brooklyn Park, one of the state’s largest cities, has changed rapidly over the last 10 years. Increasing poverty and shifting demographics have forced city leaders to quickly adapt to new issues like community policing, language barriers, and quality of life concerns.

Mike Trepanier is a long-time Brooklyn Park City Council member who has worked on helping the city’s different cultures learn to work together.

“There’s been big demographic changes, like right now we’re 50 percent diverse,” Trepanier explained.  “Part of the issue when we talk about livability is cultures bumping up against each other. [For example] Liberians party at times different than what I was used to. It could be a graduation party or a baptism or any of those things, and so people would come and they would stay later and it would get noisy. They’re just having a good time, but neighbors say ‘I’ve got to sleep and work in the morning.’ So we work with the community to smooth that out.”

Along with the school system, one of the most difficult issues in a place like Brooklyn Park is differing understandings about how to maintain yards and how to use public spaces. Cross-cultural communication and language barriers are challenges as well.

“We are trying to work at people becoming comfortable with the police,” Trepanier told me. “Our police and our city hall have access to language lines, so if we’re having a real hard time communicating, our staff can access a language line where they get an interpreter.”

To help better understand its rapid changes, Brooklyn Park has begun dividing up its neighborhoods into smaller quarter-square-mile areas to identify “neighborhood action zones” where they could focus on community outreach and quality-of-life concerns. They’ve targeted these areas for extra engagement around things like yard maintenance and housing quality.

The recent attention to race relations and police violence in Ferguson, Missouri, has thrown suburban poverty into the national spotlight. Just as in the Twin Cities, Ferguson is a St. Louis suburb that has seen rapid changes in racial and economic patterns. Those changes are one of the big reasons that issues like segregation and police relations have come under scrutiny surrounding the death of Michael Brown earlier this year.

But there are a number of key differences between Twin Cities suburbs and Ferguson, Missouri. For example, even the most diverse Twin Cities’ suburbs don’t have the levels of racial segregation found in the St. Louis metro area. Similarly Twin Cities’ economic segregation has not reached Ferguson’s levels, where 17 percent of the population lives in poverty.

But, particularly when you look at the school system, some Twin Cities suburbs are not far behind. The number of students eligible for reduced or free school lunches, a common proxy for poverty rates, are close to 70 percent in cities like Brooklyn Park and Brooklyn Center. And as Orfield’s work shows, Twin Cities’ suburbs are changing more rapidly than in St. Louis. If current trends continue, in a few years the levels of concentrated suburban poverty found in Ferguson might not be unusual here in Minnesota.

Embracing the challenges of diversity

Though Mike Elliott didn’t win this year, Brooklyn Center did elect its first ever woman of color to the City Council. April Graves ran on a platform of bridging the city’s increasing divides around race and ethnicity. During the campaign, she wrote:

Whether you’re talking about the diversity of culture and ethnicity, or differences in age and generational worldview – [my background] would be an invaluable and unique asset that would give voice and insight to the council’s decision-making.

Given the challenges facing some rapidly changing suburbs in Minnesota and around the country, Graves will have a lot on her plate. Let’s hope she succeeds.