One of the only notes of discord at last week’s public hearing on the St. Paul Bicycle Plan was the testimony of Doug Lamb, who owns Candyland on Wabasha Street. Candyland, which has specialized in chocolates and flavored popcorn for 80 years, is one of the few surviving retail businesses in downtown St. Paul. At the meeting, which featured two hours of people asking for better bike infrastructure, Lamb inserted his concerns about the city’s proposed downtown loop, which might remove the on-street parking spaces in front of his business.

“The biggest complaint we get from our customers is that it’s hard to find a place to park,” Lamb told me this week. “People go around the block once, twice, a few times, and sometimes they give up and leave. I thought it was a joke at first: Are they serious about taking away half the parking on Wabasha? Where are people going to go?”

For business owners like Lamb, on-street parking spaces seem like the only way to keep his store in business, and he estimates that 200 or 300 customers a day use the spaces in front of his store. But for many people, finding free, convenient parking downtown seems like an impossible challenge. It prompts the question: What kind of parking policy is good for downtown?

The struggle for parking in American downtowns has been going on for almost a hundred years, long before Candyland started selling its patented Chicago Mix™. As Robert Fogelson describes in his book, “Downtown: Its Rise and Fall, 1880 – 1950,” starting after World War I American cities quickly filed up with cars.

In those early days, downtown parking was a free-for-all with drivers leaving cars wherever they liked, often double- and triple-parked, blocking streetcars or congesting streets. Eventually parking regulations spread throughout the U.S., making parking illegal near fire hydrants and intersections. Downtowns began trying to limit the number of hours you could park, though these rules were almost impossible to enforce. And the first parking meter was invented in Oklahoma City in 1935; ever since, cities have been struggling to figure out how best to use them. 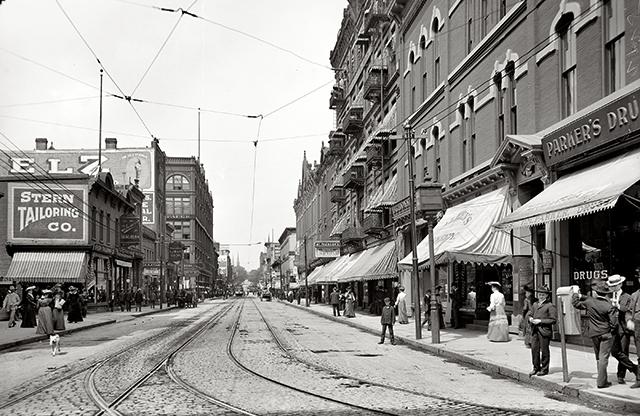 Courtesy of the Minnesota Historical Society
Wabasha Street circa 1905.

As Fogelson points out, despite the best efforts of planners, retail has largely abandoned downtowns, and parking is often seen as the culprit. That’s one reason both Minneapolis and St. Paul have spent hundreds of millions of dollars over the years building downtown ramps. But no matter how many they build, nothing seems to stop people from complaining about parking, and shying away from downtown shopping.

The perverse effects of parking policies

Over the last few years, there has been a quiet revolution in parking planning led by a professor named Donald Shoup, who wrote a long book on the subject called “The High Cost of Free Parking.” Shoup describes how traditional downtown parking solutions, like free on-street meters, have unintended consequences that can often make parking problems worse. For example, free parking downtown can lead to low turnover of parking spaces, where a worker at a downtown St. Paul restaurant might pay $2 to park in one of the Wabasha Street’s spots at 4:00 p.m., and not have to move the car until the next morning.

The importance of parking turnover is a lesson that Matt Kramer, president of the St. Paul Area Chamber of Commerce, says St. Paul has been slow to learn. 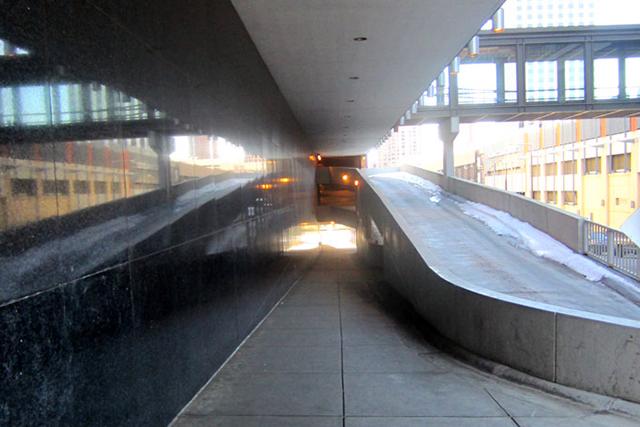 MinnPost photo by Bill Lindeke
A sidewalk in downtown St. Paul with a parking ramp leading into it, at 6th and Wabasha.

“Cities need to really look hard at metered parking,” Kramer told me this week.  “Parking meters can be configured to encourage turnover. There’s lots of opportunity for parking when you enforce meters 7 days a week, or until 10 pm. There’s plenty of parking when you limit it to 2 hours or 4 hours.”

Four years ago, Kramer and the chamber pushed the city to extend the hours of its parking meters past 5 p.m., and to think about raising prices in order to make sure that spaces turn over and remain accessible for customers. 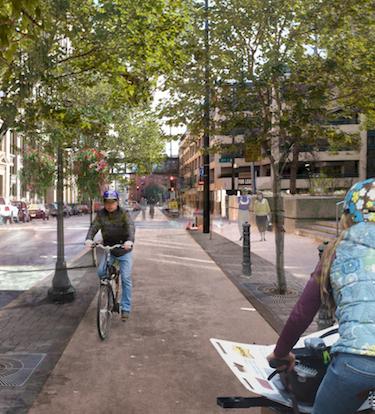 The second perverse impact of free parking is that people end up “cruising” streets in a search for free parking rather than paying to park in more expensive ramps. Everyone is surely familiar with this story: You drive around the block in ever-expanding circles, frustrating yourself and others, your anger slowly boiling as you search in vain for the free parking spot, only to find someone else taking the one you wanted just as you make an illegal U-turn. Meanwhile you almost run over someone crossing the street, and end up facing the wrong way while other drivers lean on their horns. Driving downtown is full of stories like this.

Apart from frustration, parking cruising can also dramatically increase the amount of traffic in cities. Shoup cites studies [PDF] where as many as a third of the cars driving the streets were simply looking for parking spots. Instead Shoup suggests that downtowns balance on-street and off-street parking pricing to match demand. For example, Shoup encourages cities to raise prices for on-street meters for those who want convenient parking in front of businesses, but lower prices at ramps for penny pinchers willing to walk.

The tension between Lamb’s complaints and Kramer’s suggestions is one reason St. Paul is conducting a downtown parking study. [PDF] Hilary Holmes is a St. Paul planner coordinating the study, which she says is aimed at resolving tensions between development and parking concerns. According to Holmes, one of the key problems is that nobody is really sure how many on- and off-street parking spaces St. Paul actually has. 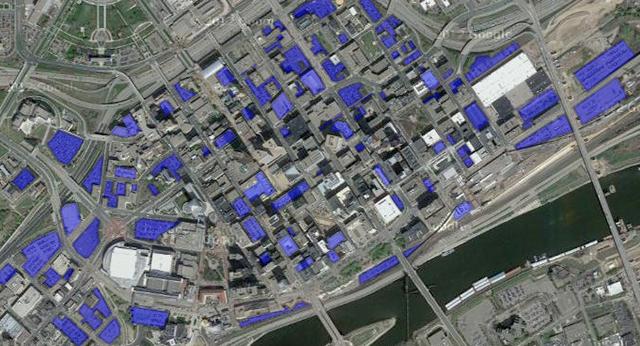 Courtesy of Nate Hood
A map of downtown St. Paul where all the parking is colored blue.

As Holmes explained to me this week, over the next few months consultants and city staff are going to be conducting a parking survey, riding bicycles around downtown St. Paul to count how parking spots are actually used throughout the day. The hope is that the city can figure out ways to better manage existing parking, either through pricing or regulations, so that more time and money isn’t wasted on this intractable problem.

Downtown St. Paul is changing quickly, and that means many of the city’s downtown surface lots are slated for redevelopment. For example, there are plans to turn the surface parking lot across the street from the downtown hockey arena into a mixed-use hotel, which would mean the loss of a large parking lot. Similarly, the proposed downtown bike loop, a long-overdue bicycle connection through downtown, would remove on-street parking spaces along some of the city’s downtown streets.

According to the Chamber of Commerce, the existing city parking policies, combined with expensive off-street requirements for new developments, are the wrong solution for a thriving downtown. 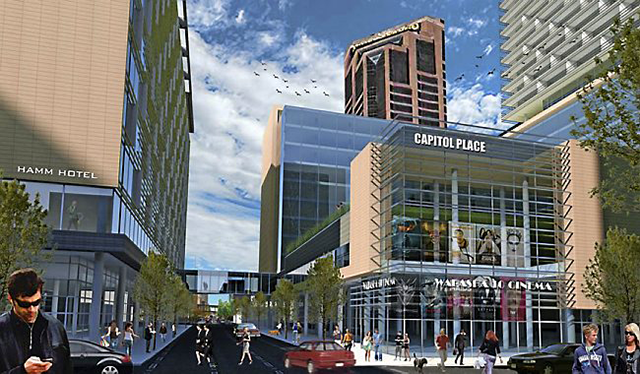 “Our core central tenet is that we have to let the market decide about parking spaces,” Matt Kramer told me. “Why is the city dictating a market demand? Let’s let the financier and the business owner make that decision vs. the city deciding how many parking spaces are necessary. It’s not the worst thing in the world when you have to walk a block.”

No matter what happens, the idea that you can easily park for free in downtown St. Paul might be going away. Given the quickening of pace of change, with a new baseball stadium, housing developments and historic conversions, I’d suggest that concerns about parking should be added to the list of sure things, right alongside “death and taxes.”

What kind of parking policy is good for downtown St. Paul?