Sitting side by side, the Twin Cities’ contingent histories of distinct cultures and bureaucratic quirks can often make for striking contrasts. For example, from the Minneapolis perspective, St. Paul’s “strong mayor” system can seem enviably efficient. While in St. Paul, the dispersed power of the Minneapolis City Council can smell like democratic fresh air. A lot of the time, the governmental grass is greener on the other side of the river.

The same goes for the complex world of “public input budgeting.” Compared to St. Paul’s complex series of overlapping committees, the low-profile way that Minneapolis gets public input for budgeting bonding money seems as organized as its alphabetical streets. But for many of the players, the lack of public clamor is a missed opportunity for bottom-up democracy.

A month ago, I wrote about the capital improvement budget (CIB) process in St. Paul, a Kafka-esque series of committees, presentations and rankings that guide city spending. At the time, a few of you wrote in to ask about how community budgeting is done in Minneapolis.

The city has about $100 million in annual bonding capacity that it budgets in rolling five-year cycles, ranked by the publicly appointed Capital Long-Range Improvement Committee (CLIC). The CLIC has 33 members serving two-year terms, two appointed by each of the 13 City Council members and seven appointed by the mayor. (Note: Finding a list of current members is surprisingly difficult.)

Each year, the CLIC committee meets for about four months to hear capital budget requests (CBRs) [PDF] from city departments: police, fire, art, information technology, parks, buildings, and the all-important public works (which gets the lion’s share for streets and sewers).

Each spring, the CLIC spends two long eight-hour days listening to department presentations, while reading through hundreds of pages of documents (known as “the CLIC book”) filled with detailed descriptions of the wide range of projects. Then, using previously agreed upon criteria, each member of the committee applies a detailed set of numerological rankings, and the projects are scored and combined into an overall ranking that determines which projects will be funded. 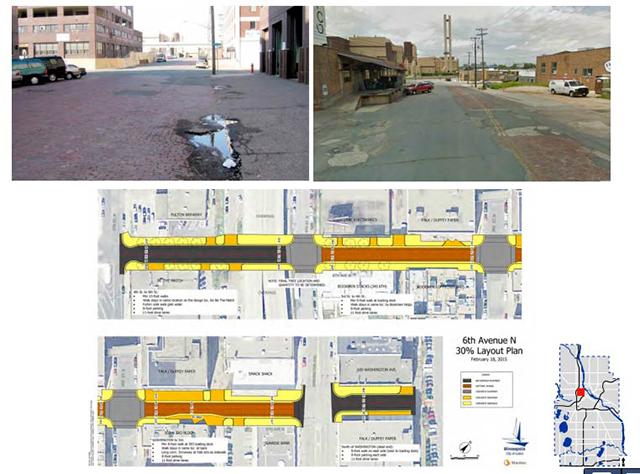 Courtesy of the City of Minneapolis
Detail from a 2014 budget request to do street paving work on 6th Avenue North.

“It’s a very intensive process,” Cecil Smith, a long-time CLIC member, explained this week. “Some years, we’re looking at over 100 requests, and spend hours in meetings. Appointed representatives are all volunteers, and are not compensated for it. It’s an incredible commitment.”

Especially for newcomers, the detailed budget requests can be overwhelming at first, but after a few years members grow accustomed to the bureaucratic detail.

“As a new CLIC member, you’re drinking from the firehose, but trying to make sure you’re figuring out what’s important and saying what you think about it, and learning the process,” Mauter told me.

In the end, CLIC ranks over $600M worth of city spending spread over five years. The recommendations are passed to the mayor, who can make changes, before they go to the City Council for final approval. The budget is typically passed in late fall, and the whole process starts again the following spring. 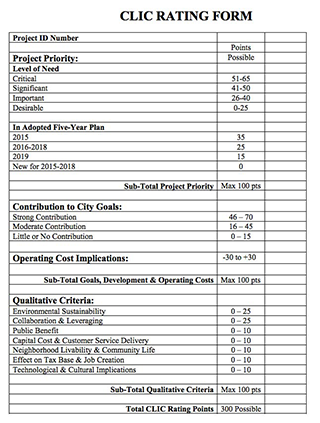 Some things are remarkably similar between the two cities. In both cases, a committee ranks unlike projects, pitting sewers against building rehabilitation against public art. In both cases, the public involvement is strictly advisory, with elected officials sometimes making big-ticket changes at the last minute.

But there are also some key differences. For one thing, compared to St. Paul’s more laid-back rankings, Minneapolis numerical system is exacting and micromanaged. And unlike St. Paul’s, Minneapolis’ rankings include points for cost effectiveness.

“We rank each project up to 300 points, with heavy emphasis on cost implications,” Joshua Houdek, a CLIC veteran, told me. “[Cost effectiveness] can be a 60-point spread out of 300. It’s really subjective, so we ask for as much information as we can get from the departments. Then there’s points for how long the project’s been in the cycle, and then there’s all this qualitative criteria ….”

These qualitative criteria vary from year to year, and mayor to mayor, and often include explicit city values like equity and sustainability.

The second big difference is that while St. Paul’s projects can come from anywhere – neighborhood groups, city departments, and even individual citizens with a hot idea – in Minneapolis, all the CBRs originate from city staff.

“St. Paul has this interesting aspect where residents can initiate budget requests and CLIC is intrigued by that,” Cecil Smith told me. “We’ve had discussions amongst ourselves about that, but all in all I would say that council members and city staff are very aware of priorities and responding to the needs of the community.”

The Twin Cities’ different takes on public involvement form a stark contrast. Where St. Paul’s biannual budgeting contest becomes a hotly contested political process, in Minneapolis almost nobody knows that the CLIC process is even going on. While meetings are technically open to the public, they’re not really advertised. The only official public testimony is an annual hearing where, most years, you can count public testifiers on one hand. 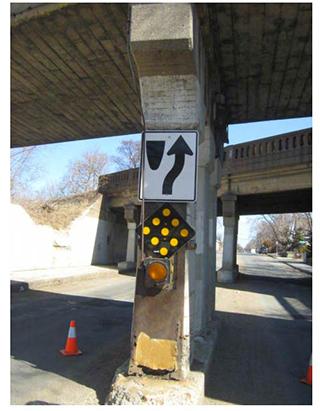 Courtesy of the City of Minneapolis
A bridge abutment project.

“Public participation is a double-edged sword,” Ray Schoch, another long-time CLIC member, told me. “On the one hand the process would be better if there were more public input. Prioritizing spending seems to me to be something the public ought to be able to weigh in on to some degree. But public participation slows [the] process down considerably. And there is always someone whose views are a little bit extreme, so that it’s not constructive.”

The official word, according to Mike Abeln, the city staffer who works with the CLIC members, is that the CLIC committee members are the public input. After all, the large committee is appointed from all corners of the city, and its well-qualified members spend a lot of time grilling departments and making recommendations.

The lack of public input bothers Mauter, as well. While she doesn’t necessarily want to sit through even longer community meetings, she’d like to see some changes.

Public input is never straightforward, but the community budgeting in Minneapolis and St. Paul makes for an interesting study on contrasts. From my perspective in St. Paul, Minneapolis’ rigorous application of criteria math seems like a well-oiled machine. But from Minneapolis’ perspective, St. Paul’s bottom-up exchange of ideas offers an tantalizing model for community involvement. One thing’s for sure: With hundreds of millions of dollars on the table, how Minneapolis allocates its budget is important enough that more people ought to know about it.

Should Minneapolis’ intensive capital budget process be more engaging to the public?