The best laid plans of mice and men fall apart during a pandemic, and municipal budgets are no exception. Minnesota cities are in a bind thanks to the sudden onslaught of increased costs and decreased revenues associated with the COVID-19 outbreak and its disruption of the state’s economy. Facing budget gaps that total as much as 25% over half a year — $93 million to $130 million, and $19 million to $34 million, respectively — Minneapolis and St. Paul leaders are pivoting like ballerinas trying to balance the books.

“It’s a big deal,” said Amy Brendmoen, St. Paul City Council president. “We’re bracing for it both in 2020, with a revision of what we imagined this year was going to look like, and also looking down the pike at 2021, what that may look like with a different landscape and different ability to generate revenue.”

At the same time, Minnesota cities are seeing increased costs and demands from the effects of the outbreak, everything from PPE for police and fire departments to closing roads for increased public use to contact tracing to installing handwashing stations for people experiencing homelessness. Without federal or state help, the short-term future for Minnesota’s core cities seems bleak.

The sudden disappearance of city revenue

“Our timeline is very short,” explained Lisa Bender, Minneapolis City Council president. “As each day goes by, we are spending money we don’t have.”

The budget crisis hits cities differently, depending on how much of their revenue comes from special sales taxes or other fees. This presents a more acute problem because, over the last few decades, as federal and state support for cities has waned, urban officials have had to get more creative with how they raise revenue. Minneapolis and, to a lesser extent, St. Paul have increasingly incorporated sales taxes, fees, or other more volatile income instead of continuing to rely on unpopular property taxes.

But that fiscal ingenuity has created income streams that are more vulnerable to disruption. As a result, the crash in hospitality, hotel, event, and sin tax revenue leaves a huge hole in municipal budgets. This is especially true for Minneapolis, where downtown operates as a minor cash cow for the city as a whole. 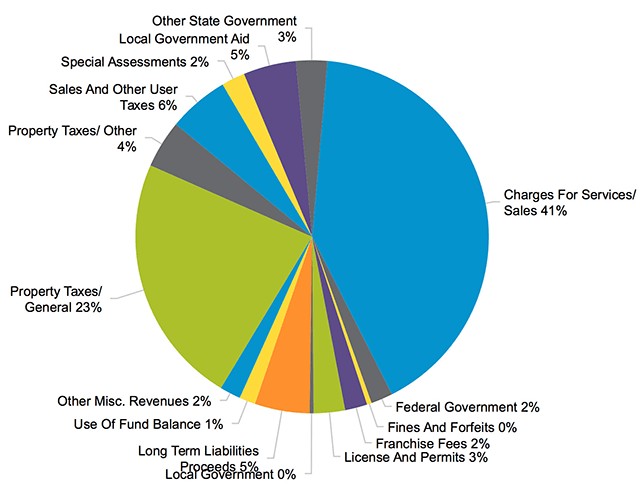 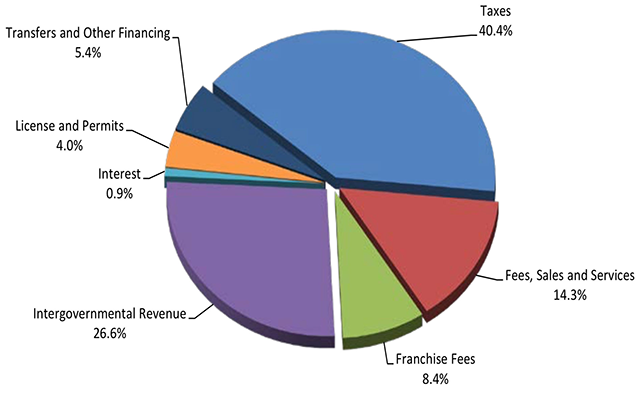 “As the social distancing and stay-at-home order have been put into place, that had an economic impact on consumption-type revenues,” explained Micah Intermill, the city’s budget director, who has the unenviable job of balancing the books through a crisis. “Our local taxes, our utility revenues, our parking fees, all of those are down and will be down throughout the year until folks get back to a pre-COVID normal.”

As Intermill explains, normally more than 130,000 people come in to Minneapolis each day for jobs and events, buying food, using water, parking cars, and generating revenue for the city coffers. Over the last few months, and for the foreseeable future, the vast majority of those revenues have largely vanished. The same kinds of impacts are hitting St. Paul — though, with fewer city sales taxes, to a lesser degree. For example, event revenue — such as wedding rentals, sports fees, arenas, and vendors in places like Como Park — is gone for the year.

“In April and May, the Como Zoo and conservatory usually take in half a million dollars in contributions, just people dropping in a $5 or $10 bill,” said Brendmoen. “Instead, they’ve taken in none, zero. … Nevertheless the gorillas have to be fed. The plants have to be tended. The polar bear has to be taken care of. The costs are there, but the offset isn’t there.”

(Needless to say, nobody wants the gorillas to go hungry.)

As a result of the pandemic, both Minneapolis and St. Paul quickly instituted policies to reduce costs, including freezes on hiring, wage increases, and discretionary spending, and tapping in to reserve funds. Still, the cuts won’t be enough, and Minneapolis is working through a new supplemental 2020 budget that will attempt to make large cuts in their spending for the second half of 2020.

“We could just keep inching along, but I think we really need to revise our 2020 budget,” said Council Member Linea Palmisano, who chairs the city’s Budget Committee. “The pandemic has made drastic changes to our priorities, and every department has had to completely restructure their 2020 work plan. The whole city is operating differently.”

According to Council President Brendmoen, St. Paul’s cuts will come in one larger package, instead of many smaller tweaks.

In Minneapolis, Mayor Jacob Frey is going to propose a new budget that will make its way through Palmisano’s budget committee in June. Palmisano and the mayor’s office are working hard to make sure the City Council, as well as the public, stays informed of the changes as they get rushed through the process.

The issue of tax relief

On top of the other reductions in city income, there’s the issue of tax relief, which every elected official I spoke with has said is a recurring request. With many residents and business owners laid off or trying to survive a shutdown, many are for leniency on property taxes, service payments, or other fines that would normally be part of municipal revenue streams.

Then you add to the mix the new COVID gap programs. In both Minneapolis and St. Paul, in spite of the crunch, both cities created millions of dollars of relief funds to try to help households and businesses struggling with unexpected costs resulting from the sudden economic recession. Those projects are big deals to the mayors and elected leaders, who have been straining to create more equity in city spending, and don’t want to abandon those principles in a pandemic.

“I don’t think we can put aside our work to transform the city to better address racial and economic equity,” said Minneapolis Council President Bender. “Its more important now than ever, as we enter a time of prolonged economic hardship. I think we have to get better at responding to this crisis in a way that continues to center those values.”

Odds of getting help?

With cities and counties bearing a lot of the burden of the pandemic response, the Twin Cities’ unique fragmented identity creates a demographic irony. When the federal CARES Act passed back in April, it limited direct municipal assistance to cities under 500,000 in population. Together, Minneapolis and Saint Paul would easily qualify, but as “Twin Cities,” neither meets the threshold.

“It sure feels like we’re on our own,” said Bender. “We’re actually unique in the country in being this size, just under the 500,000 population that receive direct CARES act funds, but being the kind of city we are, where we’re a job center, a commuting destination, and a night life destination.”

For example the city of El Paso — population 680,000 — received $130 million in direct assistance from the federal government. Meanwhile, Minneapolis, where recently released demographic estimates put the population at 430,000, receives nothing.

Instead, CARES assistance is funneled through the state, where it currently sits in limbo. Another federal rescue package is possible, of course, but as the pandemic response has become increasingly partisan, direct aid to cities is looking unlikely.

“Even if we received federal dollars, those funds will not likely cover our COVID costs,” said Bender. “When we look at the CARES Act dollars, it’s about how much of our additional COVID-related costs will be covered, not how much of our budget hole will be filled.”

Over in St. Paul, Council President Brendmoen is hopeful that federal FEMA dollars will eventually help offset some of the municipal costs. As a result, both Minneapolis and St. Paul are keeping track of COVID expenses in the hopes that someday  they might receive federal reimbursement for most of the costs.

That said, according to Peter Leggett, the city’s communications director, St. Paul “has not received any federal emergency aid at this time.” In the meantime, expect city services and amenities to be more threadbare than usual.

“We won’t be turning on the fountains this year,” said Brendmoen. “It’s a bummer, but it costs $100,000 to bring on that plumber, and do that work. We don’t need the fountains on, and if people understand the reasons why, they’ll be more understanding of the fact that the niceties we normally have are missing this year.”