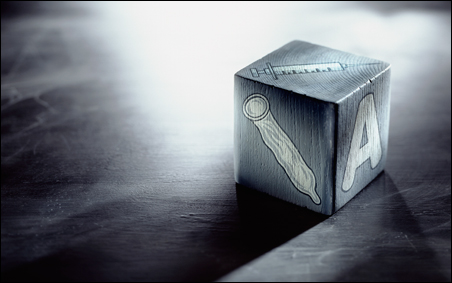 Flip through the pages of “Vanity Fair” and gape at the sexually-suggestive ads. Read the daily newspaper for the child-sexual-abuse story du jour. Listen to music lyrics. Or just plain listen to public discourse in the malls and the schools, on the airwaves. Seems like, the wraps are off most things sexual in society today.

Yet for all that, Minnesota’s rates of teen pregnancy, birth and abortion rates overall are among the lowest in the country, according to a Guttmacher Institute report [PDF] just released. Problem is, teen birth rates in communities of color in this state are among the country’s highest. [PDF]

Which helps explain why the Minnesota Organization on Adolescent Pregnancy Prevention and Parenting (you see why they call it MOAPPP) has started offering what they call “culturally specific” trainings.

“We’re trying to get the information out there,” to the groups that need it and want it, said Jocelyn Broyles, program director for MOAPPP, based in St. Paul.

Recently it was Somali women; this week its Hmong parent educators, nurses, social workers, school nurses and other professionals invited to participate in a workshop aimed at teaching them how to teach parents and caregivers how to raise sexually healthy children.

It’s not what you think.

“How to have sex, the mechanics of it, that’s not our push,” explained Broyles. Nor is the focus of the classes to dispense birth control information.

Open communication
What the non-profit’s aims to do is teach parents the importance of opening lines of communication between them and their children, giving “tools to parents so they can have a conversation about anything, including sex, with their children” beginning in the earliest years, says Broyles.

The idea is that kids can come and talk to their parents about anything from the time they’re 3 or 4 so by the time they’re teenagers, they will feel just as free to talk about sexual feelings.

Spelled out in a hefty three-ring binder, “It’s That Easy! A Guide to Raise Sexually Healthy Children,” MOAPPP’s curriculum puts parents where they belong, as children’s first and primary sexuality educators, Broyles said.

About the numbers in their 2009 Minnesota Adolescent Sexual Health Report [PDF], MOAPPP points out the “much higher” rates of adolescent pregnancy, birth and sexually transmitted infections in populations of color, as well as “generally limited resources to address these disparities.” Also, across the board there is “adult discomfort” in discussing sexual matters, the report says.

Recent statistics
New state numbers are due this spring, but here’s a sampling of those currently available: In 2006, Minnesota adolescent pregnancy and birth rates increased for the first time in 14 years. The most recent statistics are from 2006 to 2007 but were released in the 2009 report, again showing an increase.

The greatest numbers of adolescent births in Minnesota are to white females, of course, given their share of the population in the state. But birth rates among minority groups are significantly higher than for white teenagers, as described here. [PDF]

For instance: for American Indians and Hispanic/Latina groups, the birth rate is six times higher. For African Americans it’s about four times higher, and for Asian/Pacific Islanders about three times higher.

(In the report, Hmong people fall among the Asian/Pacific Islander classification and Somalis among African Americans.)

Disparities in health care and education, as well as poverty and other social factors, help explain the differences, Broyles said.

There’s nothing intrinsically different about training sessions from group to group, Broyles said, though separating groups by culture has led to rich conversations.

Broyles feels it’s only right parents should help prepare their children as sexual beings. “Before they get their driver’s license, they go to class, read the books, do all [they’re] prescribed to do. I feel that should be the same way we deal with every other life-changing thing that happens in a young person’s life. You want them to be prepared, to have the proper information. As a parent you want it to come from you first.”