Magaly Miralles of Red Pine Elementary in Eagan got me curious.

After all, she came to the United States from her native Venezuela at 8 years old, overwhelmed by a language she didn’t speak and a culture she didn’t know. At her Miami grade school she couldn’t help but cry with the strangeness of it all.

Now, many years later and educated as a teacher, she brings Spanish language skills and her heritage to English language learners in the Rosemount-Apple Valley-Eagan (RAVE) district, helping other children transition to school and the American way of life.

“Usually, they get attached to me very much,” she confided in a short phone interview before turning to work with the students spilling into her classroom. I heard their excited voices in the background. 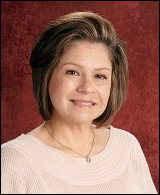 And a rainbow there is in the suburban RAVE district, where 78 percent of children are white and the rest are Hispanic, black, Asian and Native American.

That got me wondering: How many teachers of color and diverse backgrounds are there in Minnesota schools? And how does that compare to the rising tide of school children of color?

So I started digging for numbers, easily finding stats reflecting the complexion of our classrooms: Almost one-quarter of the 823,200-some youngsters in Minnesota schools are non-white, according to the state Department of Education.

I had to shovel deeper for the numbers of teachers of color, turning up empty after requests to Education Minnesota, which is the teachers’ union, and the state Department of Education went unanswered.

Some key questions
But Jennifer Godinez, associate director of the Minnesota Minority Education Partnership (MMEP), had stats. The percentage of teachers of color has never risen above 3.3 percent, figuring at about 1,560 teachers, she said, pointing to the organization’s 2009 State of Students of Color and American Indian Students report.

That begs a heap of questions. Does it make a difference to kids when their teachers don’t look like them; do they learn less? Or are kids color-blind? And why should we care? Plus, what do educators say about it all?

“Attracting both more diverse and effective teachers to the teaching profession in Minnesota is a key to the academic success of all youth,” according to MMEP, a non-profit collaborative, which issued that statement [PDF] in January in connection with the state’s request for federal Race to the Top funds.

As you’d expect, there’s lots of agreement with that point of view, and other reasons as well for a diverse pool of teachers. 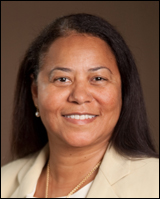 “We want to increase the number of teachers of color because it adds richness to teaching and learning,” says Sheila Wright, dean of the School of Education at Hamline University in St. Paul. More from her later.

“Obviously our demographics are changing. It’s important for students to see teachers who look like them, who can empathize with their life stories,” says Karen Hynick, dean of education at Minneapolis Community and Technical College, where about half of those enrolled in education courses are students of color and many come from poor families.

There’s a broader perspective as well.

“The workforce should reflect the community we’re serving,” says RAVE school board member Art Coulson, a Native American (whom I once called boss when we were both working for the St. Paul Pioneer Press). 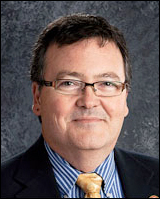 And remember, he added, “It’s equally important for the white kids to see the people who don’t necessarily look like them, people who look like the broader world they’ll go out to in the community,” Coulson said.

“Every district is looking for great teachers and many, many districts are looking for teachers of color,” said Cindy Gustafson, part of Roseville Area Schools’ effort to recruit well-qualified teachers with diverse life experiences for her rapidly-changing St. Paul suburban district.

In Roseville schools, the percentage of students of color has jumped from about 25 percent in 2005 to 37 percent currently. (The number of students eligible for free or reduced-fee lunch tops one-third.) And with 41 teachers of color equaling about 9 percent of its teaching staff, they’re way above average in minority recruitment. Roseville also seeks multi-lingual teachers, Gustafson said, tallying five of those hires just last year.

In the RAVE district, there’s Scott Thomas, integration and educational equity coordinator, who says the 3 percent-plus number for teachers of color statewide “sounds a little high. For us, it’s less than 2 percent,” Thomas said.

Looking for ‘cultural competence’
Intensifying recruiting staff of color over the past couple of years is a big part of Thomas’ job, he said, but it’s more than that. He looks for “culturally competent” white teacher applicants as well. It’s part of an effort that has transformed the way the district hires, he said.

The district has a more centralized and consistent approach to looking for quality staff now, Thomas said. “We look for cultural competence, knowing the bulk of people in the profession are white. It has impacted how we recruit and retain the best staff for our students.

“We ask, ‘Do you have the will to educate all students to reach their full potential and the skills to do it?’ We get them talking about the experience of teaching students who don’t look like you.”

Wright, from Hamline University, would second the cultural competence approach. “Nationally, all teacher education programs are very concerned about the effectiveness of teaching,” Wright said. “Certainly it’s important for students to see role models who look like them. However we also know it’s the quality of teaching and how they [teachers] orient themselves toward learners, how they deal with the differences that matters. As a dean of color myself, I have effectively taught students different from my own background.”

Teachers have to be “open to the possibility of working differently” with students. They can’t have “perceptual blind spots,” Wright said, or impose one system on all students, even if those students look like them. Teacher classes at Hamline address such issues for undergraduates and teachers alike.

Besides cultural differences between students and teachers, there are also gender differences, she stressed.

Still, there are problems, one of them succinct in these words: last hired, first fired.

Given teacher-union tenure rules and tightened school-district purse strings, that’s a situation that teachers of color and districts across the state often find themselves in all too often these days.

The Rosemount-area district, for instance, has 39 tenured staff of color, of which Miralles is one, and nine probationary teachers from diverse backgrounds. It’s those probies who “most likely” will be laid off because of the district’s budget shortfall, according to Thomas.

But the district will be ready for change, he maintains. “We’ll come out of this recession stronger and in a better position to build our ranks,” having “kept track of the really good people” and ready to hire. “We have to take the long view.”

Different approaches
Meanwhile, many within districts, colleges and universities are addressing the need for diversity in different ways.

In the Roseville district, for instance, diversity issues are addressed at yearly back-to-school all-staff workshops and there are “equity in integration” specialists based in each school to address day-to-day issues, Gustafson said.

In the RAVE district about 1,000 teachers have gone through two-day diversity trainings and the district this summer pilots a program with St. Mary’s University where teachers can earn cultural competency teaching certification.

At Minneapolis Community and Technical College, a two-year school, staff is reaching out to students they call “under-represented:” first generation college students, minorities and poor students, offering special programs. They’re getting education students into classrooms early so they can be sure of their desire to teach and then helping graduating students apply to the four-year colleges to finish their degree.

In the end, it’s about results.

“The important thing,” says Wright of Hamline, “is we want to produce high quality, high performing teachers able to achieve success regardless of the student’s background.”

And then there’s the parent perspective, according to Coulson. “I want great teachers. My kids go to these schools. The best teachers are not all of one particular kind.”

As for Miralles, she’s seen the diversity effect firsthand. About her students, she says, “I feel that closeness. They will come up and participate more. It’s getting the building blocks for them that can succeed later.”