Dennis Welsch is retired — well, sort of. That is to say he’s retired from 34 years working for pay in the field of city and county planning. Well, mostly.

At age 63 he’s about four years out from leaving his job as community development director for the city of Roseville, but that doesn’t mean he whiles away his days chasing little white balls around the greens or dropping lines in Minnesota’s famed 10,000 lakes.

His is one of the many faces of volunteerism in this era of the Great Recession, a time when more than half of 280 Minnesota non-profit and government organizations responding to a volunteerism survey last fall reported an increase in volunteer service hours and 44 percent more people asking about volunteering.

It’s not, however, only those with a lifetime of career experience under their belts who volunteer their time and expertise, but also those in mid-career who have lost jobs and those at the career gateway looking for work. About 36 percent of Minnesota college students volunteer, for instance, as well as 43 percent of Baby Boomers, both categories exceeding national rates. 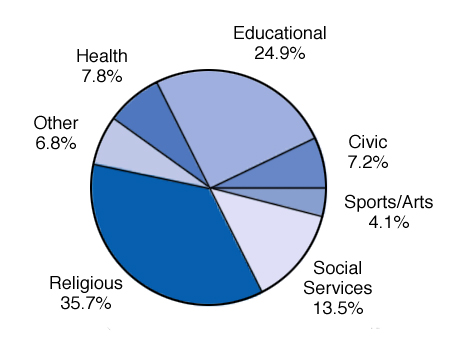 Minnesota ranks number three nationally in terms of folks who volunteer, which translates into an economic contribution of $3.4 billion annually, according to the survey done by the Minnesota Association for Volunteer Administration (MAVA), a group of 800 professionals working with volunteers.

Boomers and retirement
“We’re seeing overall right now very dramatic shifts in what people are looking to do with their volunteer time, looking for higher impact and more choice,” said Mary Quirk, project manager with MAVA.

“Most Baby Boomers,” says Quirk, “aren’t planning to retire completely, they’ll just work less hours at a less demanding job.” And, she says, a good number of those semi-retired tend to sign on for volunteer work in religious, educational, health, civic, social services, sports/arts and other sectors.

“But we’re also finding more people looking for volunteer experiences to gain workforce skills,” either to find a job different than their current position or to resume-build while seeking a job, Quirk said.

Rate at which college students and Baby Boomers volunteer 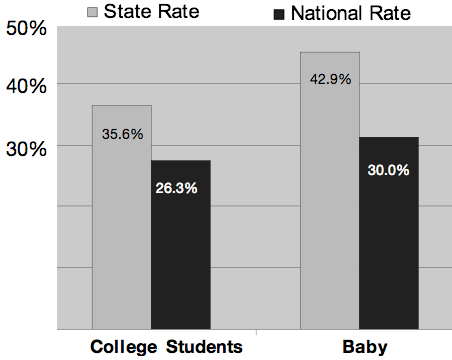 Among other survey findings:

*Almost 60 percent reported increased reliance on volunteers compared to the previous year, with only 12 percent saying their volunteer program budgets had increased.

*67 percent expected to increase reliance on volunteers in 2010.

The survey also showed 14 percent of organizations seeing a drop in inquiries about volunteer opportunities. In some cases volunteers fall away because they’re working multiple jobs to make ends meet and can’t squeeze in volunteering, Quirk said.

Increasing interest in volunteerism prompted Century, a community and technical college, to offer a program last fall, which they are repeating April 22 as part of its PrimeTime/+50 initiative. Aimed at Baby Boomers, it’s called the Rolling into Service Bus Tour.

The right fit
Sign on and you’ll get insider tours of three non-profits: the Wildlife Rehabilitation Center of Minnesota in Roseville, the Maplewood Nature Center and the White Bear Lake Senior Center. And you’ll hear about the need, impact and importance of volunteers at each place. (Fee is $15 for the day. Call 651-779-3341 to register.)

It’s all about getting the right fit, says Lynda Halbert, volunteer coordinator at Century. “Retiring is kind of not a word that a lot of people of the Baby Boomer generation use anymore. They’re looking to be rehired or re-inspired or re-wired,” she said. 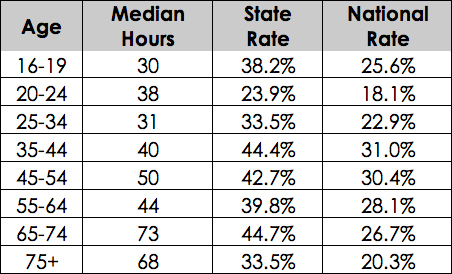 At Century where the volunteer program has grown from zero to 60 in its first year, volunteers mentor English for students whose native language is not English, act as greeters during welcome week or at college events and sometimes give guest lectures.

Volunteer Welsch, who lives in White Bear Township, does student meet and greets, but he’s also talked with a geographic information systems class at the college about his former job, sharing real-life examples of how such systems are used around the Twin Cities to plan parks, locate sewer pipes and identify high crime areas, for example.

He sees volunteering as a necessity. “I had to give back. I had to contribute. I don’t look at it as giving away. I look at as sharing the knowledge base.”

So, reader, how do you fit in to this picture?

MinnPost wants also to hear about your volunteering experiences. Why do you volunteer? What do you do? Do you feel valued? Share your story by clicking on the comment line at the bottom of the story.