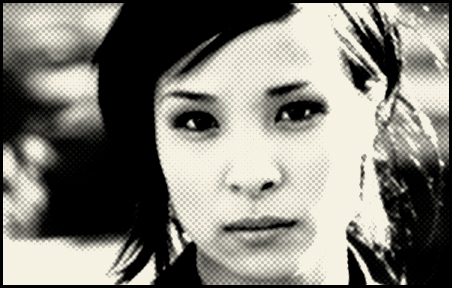 There’s an old and true story that has attained almost fable status in defining and differentiating the needs of Asian women in domestic crisis.

In the early ’90s, an Asian woman with an abusive husband sought refuge at an emergency shelter serving women of all races. Safe, cared for, still she wouldn’t eat, says Nancy Wong, a pioneer in domestic abuse services for Asian women. Nobody could understand why.

Finally, an interpreter arrived to talk with her. “I just want rice,” the woman in the shelter said.

Rice, it seemed, was this woman’s “comfort food,” a symbol of her mother and her culture, a life preserver in troubled times and something more.

“To us, we found it culturally very significant” and an illustration of the need for specialized services, said Wong, now communications manager at Asian Women United of Minnesota, which operates a domestic abuse shelter called House of Peace in southeast Minneapolis. The shelter houses an average of 20 mostly Asian women and children each night, year-round.

“Anybody in an emergency situation, you go back to what you know, what is normal to you, what you’re used to,” said Wong, who served on the Battered Asian Women’s Task Force in 1993, becoming a co-founder of Asian Women United. Back then social service providers saw a gap in services to Asian families.

At House of Peace, the only emergency shelter in Minnesota primarily serving battered women of Asian and Pacific Islander descent, this means staff members speak languages such as Hmong, Cambodian, Korean, Cantonese and Hindi. In that place they understand Asian culture and the importance of family and community. In that kitchen, soy sauce and fish sauce have sense of place next to bottles of ketchup. Rice is on the menu.

Other culturally specific services
As the backgrounds of the Twin Cities metropolitan-area people have diversified — persons of color now comprise 15 percent across the state — so have culturally-specific domestic violence services. The Day One Minnesota Domestic Violence Crisis Line lists 14 organizations in the metro area providing shelter for women and their children, including safe spaces especially for Native American, Hmong, Latin and Asian women.

Nationally, advocates for domestic violence victims say either one of three or one of four women have or will experience domestic violence in their lifetimes, and that’s true across all communities, culture and economic strata. Experts say the numbers tend to be smaller in some ethnic communities not because the incidence is lower, but because domestic abuse goes unreported.

The numbers for Asian and Pacific Islanders are no less variable.

A report by the American Bar Association Commission on Domestic Violence, for instance, found 12.8 percent of Asian and Pacific Islander women reported having been physically assaulted by an intimate partner at least once in their lifetime, with 3.8 percent having been raped. The report notes the rate is lower than those of whites, African-Americans and Hispanics, though some acknowledge the numbers may be only the tip of the iceberg.

The Asian and Pacific Islander Institute on Domestic Violence may be using a broader definition in reporting 41 percent to 60 percent of Asian women report experiencing physical or sexual domestic violence during their lifetime.

Yet, in this multi-cultural American society, why this gathering of wagons around ethnic backgrounds and personal culture?

“A lot of times it’s more comfortable within your own culture, your own language,” said Raeone Loscalzo, executive director of Women’s Advocates in St. Paul, established in 1974 as the nation’s first shelter for battered women and their children.

Still, she says Women’s Advocates, which can house 46 women and children a day and serves about 1,000 a year, can serve any woman, given access to language interpreters and a diverse staff. “Over half of our staff are women of color,” she said, a growing trend over the years as the shelter now primarily serves poorer African-American women. Caucasian women seek help at suburban shelters, and those with more economic resources tap relatives and friends for financial and emotional support, Loscalzo said.

Casa de Esperanza focuses on Latin women and their families. “…Latinas were not being served in adequate and culturally responsive ways with other programs,” explains Patti Tototzintle, chief executive officer of the program founded in 1982.

“There is still a clear need for culturally specific programs … because organizations like Casa and Asian United really understand the realities of our constituents…. including the barriers they face, the strengths, the resources out there, including the ability to work with the language and acculturation realities of the participants,” Tototzintle said.

That means dealing not only with language and family structures, but also immigration matters. Women may also be victims of international sex trafficking crimes.

Barriers to seeking help
Cultural barriers also can make seeking help difficult. In certain male-dominated communities, including some Asian cultures, it is even more difficult and shaming for women to escape abuse, says Claudia Stahl, who just week ago joined Asian Women United as the new executive director.

“There are wide swaths of society where it’s really the last thing, such a last resort, where women face a ton of pressure from family elders” or clergy to remain in an abusive situation rather than leave, Stahl said.

“Half Chinese and half Caucasian,” Stahl, 41, also boasts 16 years work experience working for non-profit organizations, including being past director of Waite House Pillsbury United Communities and former development officer for foundation giving at Goodwill/Easter Seals of Minnesota.

Under her leadership Stahl hopes Asian Women United will become the “go-to” agency for information about Asians and Pacific Islanders.

Understanding the cultures, signals the opportunity to change attitudes, Stahl said, mentioning that her agency is hoping to launch a workshop this fall aimed at men and boys and addressing their attitudes toward women.

First, though, Stahl aims to build up both society’s confidence in and the coffers of Asian Women United beyond the $750,000 it receives from the Minnesota Office of Justice Programs. Several years ago a former staffer was accused of misallocating funds, a case still in litigation, she said, which prevents her from discussing it.

Seeking more funding
What Stahl will say is that the organization now has a “great layer of accountability,” because it contracts with MACC Commonwealth, a professional organization that manages finances and fulfills other administrative duties. When Asian Women United was a standalone it was too much to keep the books and hire staff on a shoestring budget with too little training, plus do the fundraising, she said.

Stahl will concentrate on growth and development of private funding sources for the organization and on building support and awareness in communities of Asian persons around the state.

Also lacking for the organization are statistics such as number of clients served from past years, according to Wong, who called that information unavailable “at this time.”