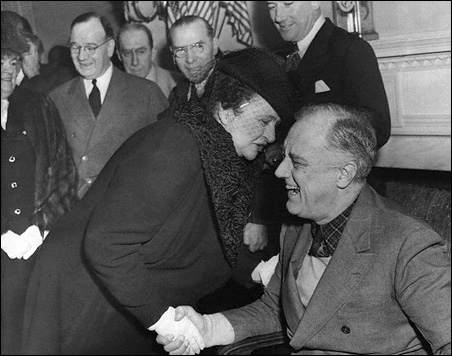 Without Social Security, life for America’s elderly in would be drastically different.

So, maybe it’s complacency towards the social insurance program started during the Great Depression that helps explain the dearth of stories for the Social Security Stories Project being conducted by the Frances Perkins Center in Newcastle, Maine, a non-profit named after the first woman to serve in the U.S. Cabinet, and a major designer of the ground-breaking Social Security program.

Maybe it’s because people don’t stop to think what their lives would be without that monthly Social Security check.

“We know how personal these stories are and understand why some people may be hesitant to share their stories,” said Barbara Burt, executive director of the Frances Perkins Center in an email. Stories can be submitted anonymously, she said. What’s important is “to help us spread the word about how Social Security has changed millions of Americans’ lives and is still going strong, and we still believe the best way to do that is through their own stories in their own words.”

Stories from young and old
Begun the end of May, the project goal is 1,000 personal tales about how Social Security matters to young and old beneficiaries by July 31: stories told in 400 words or less or in about three minutes of video. To share your experience, or that of a family member or friend, go here.

So far, there are only 35, though potential storytellers abound. According to the Social Security Administration, 1 in 7, or more than 50 million people receive benefits.

Personal stories demonstrate the value to society of the program signed into law 75 years ago this August by President Franklin D. Roosevelt, says Maya Rockeymoore, a board member of the National Committee to Preserve Social Security and Medicare and a supporter of the story project.

“Social Security,” she said “is the bedrock of the American social contract. It provides the basic support, the insurance working families need in order to be protected in loss of life of a breadwinner, in the case of disability and in the case of old age — outliving your paycheck, essentially. 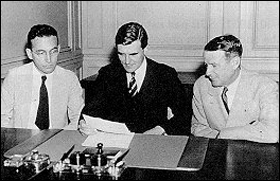 “It’s important that people are aware that their next door neighbors [and] people across the street are heavily reliant on Social Security.”

Too often, she said, people take the program for granted “because the program is so successful it seems almost seamless.”

One family’s story
Like the face of Evonne Zalewski, of the suburban Milwaukee, Wis., town of Greendale.

“The funeral director in our small town [Cedarburg, Wis.] told my Mom about benefits available from Social Security that would help her. I remember my Mom telling me how this would help so much and that we will not be poor or have to move. Having grown up during the Depression with only food stamps available was terrifying for my Mom,” Zalewski wrote.

Later, Zalewski used Social Security benefits to help pay her way through nursing school. “This benefit opened the door to my future and I have had a wonderful career over the past 41 years,” she wrote.

“I am not the only one that was on the receiving end of this benefit,” she said, talking about the many children and adults she cared for through the years and her collaboration with health care professionals to improve the health care system.

Recently, she was laid off from a job investigating Medicare and Medicaid fraud.

Though 62 and eligible to draw her own Social Security check, Zalewski says she’s regrouping after the job loss and her mother’s death, before going back to work. “I’m looking to do some consulting and continue to give back.”

Zalewski’s story is posted on the center’s website, as other stories will be, with some included in a future book of essays by leading Social Security experts, historians and policymakers.

The project, including the book, is funded in part by a $35,000 grant from the Ford Foundation through the National Academy of Social Insurance.

On the pages of that book, perhaps in a footnote, you may meet Vermont school teacher Ida May Fuller, the first American to receive a Social Security check [PDF] on Jan. 31, 1940. She received $22.54.