A new national report draws attention yet again to the wide divide between blacks and whites in school achievement, this time spotlighting the difference in high school graduation rates for black males versus white males here and around the country.

“Yes We Can: The Schott 50 State Report on Public Education and Black Males” goes so far as to charge that American schools and communities are “systematically failing black males,” though there are bright exceptions.

According to the report: nationally, fewer than half of black males around the nation graduated from high school in school year 2007-2008, compared to 78 percent of white males; in Minnesota it was 59 percent black compared to 88 percent white males.

State Department of Education numbers differ, putting that black graduation rate for males at 38 percent, but more on that later in the story.

Local experts expressed no surprise at the broad achievement gap, instead taking the report as an opportunity to talk about the problem, as students begin heading off to school.

Yet he added this caution: “Too often these reports put all the onus on the schools when you’re looking at huge social and cultural phenomena. I’m not trying to remove responsibilities from the schools, only often I read these reports and you think the only problem is the school. It is a much broader problem,” Kyte said, adding he had not yet read this report.

“Much of this issue is anchored in poverty,” he said. He added that “too many of the boys don’t’ have dads at home. [They’re] not parented as strongly as they might be,” leading to “more behavior problems, more discipline.”

Some states and schools are making headway, according to the report, said Rep. Carlos Mariani, DFL-St. Paul, with programs “really focused” on the need.

‘Tough conversation’
Legislators, here and elsewhere, said Mariani, who is also executive director of the Minnesota Minority Education Partnership, want to treat everyone equally, but he asked this question: “Can we get it right by treating everyone quote unquote equally or do we need to go beyond that and target resources to certain groups to meet their very unique circumstances?”

“That’s a tough conversation for Minnesota and everyone,” the legislator said. “Let’s deal with kids where they’re at, no matter who they are.” The point, Mariani said, is to get all students “to a good place and then treat them all equally.” 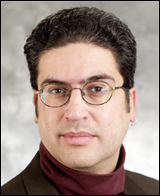 The “huge disparities” cannot be dismissed, he said.

Too little attention is focused on the problem, said Shawn Lewis who is board member of the Pan-African Community Endowment of the St. Paul Foundation and sits on the African American Males Education Advisory Group, connected with the Minnesota Minority Education Partnership. That group is working on a broad report about the status of African-American males.

Officials should slice data by ethnic groups and gender, Lewis said, “to get a better look at what the landscape is, what the reality is” for all communities of color, including not only African-Americans, but also Native American, Hispanic and Asian groups.

Nationally, according to the report from the Schott Foundation for Public Education, the graduation rate for black males in the class of 2007-2008 was 47 percent. That means fewer than half of those who started high school four years earlier earned a high school diploma that year.

Compare that to a national white male graduation rate of 78 percent and you’ve got a 31 percent gap.

The state’s numbers differ. Schott’s graduation numbers for Minnesota are high, according to state Department of Education spokesman Bill Walsh, who said the four-year-graduation rate that year for all the state’s black males and black females was only 41 percent.

What is important is, Holzman said, “We’re trying to provide a tool for Americans to look at their schools.”

Also from the report:

• “… [T]here are indeed communities, school districts and even states doing relatively well in their efforts to systemically enhance the opportunity to learn and raise the achievement levels for Black male students. However, Yes We Can also highlights that the overwhelming majority of U.S. school districts and states are failing to make targeted investments to provide the core resources necessary to extend what works for Black male students. Thus, in the majority of U.S. states, districts, communities and schools, the conditions necessary for Black males to systemically succeed in education do not exist.”

• Some states with small populations such as North Dakota have graduation rates for black males higher than the national white male average. The report points to New Jersey as the “only state with a significant Black population with a greater than 65 percent high school graduation rate for black male students.”

• Black, rather than white boys, more often mistakenly end up in special education classes, are subject to harsher disciplinary actions, are less likely enrolled in enrichment classes and have already fallen behind in their reading by the eighth grade.