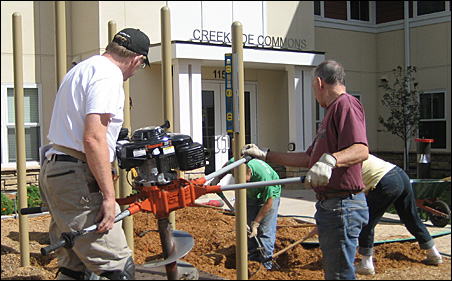 It wouldn’t be happening had it not been for the donation of about an acre of land right there along Interstate 35W in the well-off Tangletown neighborhood of southwest Minneapolis.

By that I mean the construction of Creekside Commons, a 30-unit apartment building with space for kids to grow and learn and their families to prosper in a nice residential area of town. All designed for those who work and pay taxes but can’t afford market-rate rents.

Often known as “the working poor,’’ they’re interpreters, community service workers, bank employees and cab drivers, just like the first 11 families to move in, along with their 25 children.

Some call it affordable housing, while others describe it differently. “It is workforce housing” for working families “priced out of the market for decent housing,’’ explained Lee Blons, executive director of the Plymouth Church Neighborhood Foundation, which is neither a church nor a foundation but rather a non-profit that has been building affordable housing for homeless and impoverished people for a decade.  (Yet it is “born” of Plymouth Church, says Blons.)

The need is great. There were 200 people on the waiting list when they stopped taking names, followed by probably another 200 calls from folks hoping for an apartment at Creekside.

A single mom working at minimum wage would have to work 95 hours a week to afford the average two-bedroom apartment in the Twin Cities, Blons said. Or, possible had to make do with substandard housing.

The grand-opening of Creekside is being celebrated  today at the building at 54th Street and Stevens Avenue with popcorn and ice cream and back-patting and thank-yous. More on that below.

First, there’s the story of that donation of a $600,000 plot of land and the church that gave it. 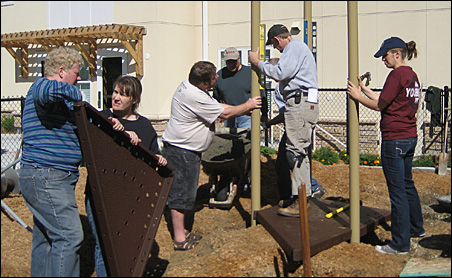 “It would not have happened were it not for the generosity of this congregation, to give a nice piece of urban land with great transit opportunities in the heart of the city’’ for working families, said the Rev. Sarah Campbell of Mayflower Community Congregational, U.C.C. Church.

It was this 700-member church that gave up parking lot space in a heavily-built up area of town for what they saw as a greater good. “People are looking for more justice and so willing to do with less parking,’’ Campbell said.

“We studied a lot to get to this,’’ the pastor said. Members were inspired by Barbara Ehrenreich’s book “Nickle and Dimed: On (Not) Getting By in America,” a first person account of living as the working-poor do. “That combined with our faith and scripture said it all,’’ explained Campbell.

She said that from their study Mayflower members learned that workforce housing doesn’t increase crime, “that it does the opposite,’’ and that economically healthy cities are diverse and plentiful with job opportunities and good housing. The church also welcomes Creekside children to its Early Childhood Center.

Mayflower turned to the Plymouth foundation to partner with on the project.

Mayflower congregants as well as members of about a dozen other churches also attended neighborhood and city government meetings advocating the project, mustering support for a change in zoning. Many congregations contributed almost $50,000 to build a playground at Creekside and a computer resource room. 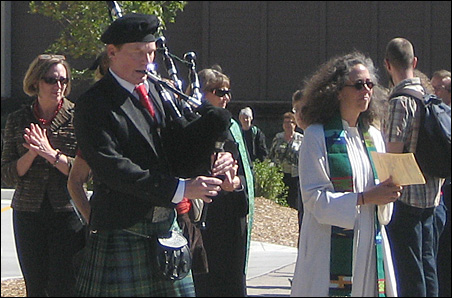 Blons describes the $8.3 million Creekside project as quality housing built to community green standards, with underground parking. Apartments run from one to four-bedrooms, with monthly rents ranging from $550 to $950. The units feature large, light-filled rooms. Twenty percent of the units have a rent subsidy, allowing very low income families to live there.

A family of four can have an annual income of $42,000 with a family of eight earning $53,000. Filling the units is a continuing effort.

Another potential wrench in the construction project last winter was the economy, which almost quashed the project. Funds from the American Recovery and Reinvestment Act enabled construction.

“We were pretty much that shovel-ready project,’’ Blons said. The project created almost 100 jobs, employing 60 people at a time, many of whom had been laid off for more than a year, according to the website.

Last winter a woman attending a church meeting stopped to thank construction workers for their efforts, but he replied, “You have given us jobs.’’