You’ll likely remember the report issued earlier this month documenting the health chasm between whites and non-whites, between the economically comfortable and the poor in the Twin Cities area.

Simply put, the unhealthy tend to be non-white and poor, according to the report prepared by Wilder Research but commissioned by Blue Cross and Blue Shield of Minnesota Foundation.

The Community Health Worker Project is trying to narrow that health gap. The program is designed to remove the cultural and language barriers that separate communities from the benefits of regular and preventative health care.

Some credit it as vital.

Among those challenges, Cleary said, are diverse populations including immigrant and refugee groups not easily accessible to health care providers, unsupportable health care costs, a shortage of registered nurses and primary care physicians, deep racial and ethnic health inequities and the tendency of such populations to avoid seeking health care until it rises to a medical emergency.

Among the program’s supporters and founders are both public and private entities including HMOs, the state Department of Health, health foundations, the Mayo Clinic and the Minnesota State Colleges and Universities System.

Community health workers “bridge the barriers between the health care system and increasingly diverse populations in Minnesota,” explains Cleary, who formerly served as vice president of the Blue Cross and Blue Shield of Minnesota Foundation where she worked on this initiative.

The program trains persons from diverse backgrounds and underserved communities — say, those from the African-American and Indian communities that score so poorly in health measures documented in the Blue Cross and Blue Shield Foundation report — to work in their own communities. The program also serves communities of deaf persons.

At least one study has measured the benefits. In a 2010 study, Blue Cross and Blue Shield of Minnesota Foundation, reported that using community health workers had reduced use of urgent care, inpatient and outpatient behavioral health care among a group of 590 underserved men. “The return on investment was $2.28 for every program dollar,” according to the report.

The foundation praised the program for bridging health inequities and called CHWs “a critical link to health for Minnesota’s communities.”

Kaiya Chizelle Scott, a November 2009 graduate of the community health worker program at Summit Academy OIC in Minneapolis, works at Northpoint Health and Wellness Center in North Minneapolis, seeing a high proportion of patients of color. 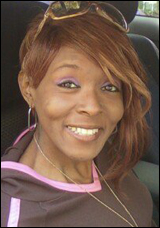 She is part of a health care team helping teach patients with diabetes good health practices and connect with other resources they may need.

“It can be real small things like helping them to get their driver’s license or something complex like finding a plus-size swimming suit for a patient who needs it for water physical therapy,” said Scott, a 40-something mom with five grown children and 15 years working in medical records and scheduling in the health care field.

Mass layoffs at Hennepin County Medical Center had left the Richfield woman without a job, she said, but the physician she had worked for urged her to enroll in Summit’s community health worker program.

“Folks think: if I don’t have health insurance, I can’t go to the doctor. The idea is to dispute those myths, refer them to some of the free clinics.” The community health worker’s job is to find ways to assist them, Tittle said.

Scott is one of more than 350 graduates of a certificate program offered by six accredited post-secondary schools. Not known is how many of those graduates found jobs in the fledgling career field.

Minnesota is unique in that its training program is standardized and embedded in the Minnesota State Colleges and Universities system, Cleary said. Another 68 community health workers who were trained on the job before the colleges started offering training are grandfathered in as CHWs.

They work in community clinics, mental health centers, government agencies and community-based agencies such as Vietnamese Social Services and others.

Says Scott about her new career: “It is rewarding. It is very fulfilling for me because I’ve always wanted to make a difference.”