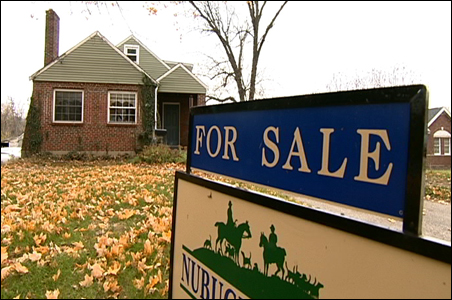 Courtesy of ‘The New Metropolis’
U.S. Census findings point to a decline in the populations of many Twin Cities suburbs.

Coming on the heels of recently released U.S. Census findings pointing to a decline in the populations of many of the Twin Cities older suburbs, an upcoming forum is sure to get people talking and thinking.

The event Wednesday, March 30, is dubbed a community engagement project and showcases a thought-provoking two-part documentary about the downward slide of all too-many of America’s first suburbs as well as efforts to revitalize them.

Wide open spaces as well as the promise of new homes, parks and schools have long lured Americans from the confines of big cities to outlying suburbs, as true in the Twin Cities as in other urban centers around the country. Only now there’s migration from some of the oldest, first-tier suburbs to farther flung areas.

Some of those very same ‘burbs that evolved following World War II as residents sought out their “own little piece of paradise” according to the film, are now down-at-the-heel and experiencing declining infrastructure, boarded up homes, lost commercial tax base and population loss, as well as growing diversity.

Hosted by 1000 Friends of Minnesota and Twin Cities Public Television, “New Metropolis Minnesota: Growing Together as a Region” is intended, says Jill Mazullo, 1000 Friends spokeswoman, to “spark cross stakeholder conversations” about how public institutions can respond to changing demographics and fiscal environments in the suburbs. Or, as the organization says in an inimitably Minnesota way on their website: “We’re helping Minnesota grow without wrecking the place.”

To that goal, the video “The New Metropolis” crafted by filmmaker Andrea Torrice, will help launch a community dialogue about the region’s older suburbs from 6:30 p.m. to 8:30 p.m. March 30 at the Bloomington Center for the Arts. Register here.

The film — in its two parts: “A Crack in the Pavement” and “The New Neighbors” — looks at a range of issues impacting American communities, says Torrice, who will be here from her home in Cincinnati for the showing.

Human face on policies
The intent is to encourage discussion and put a human face on the impact of public policies on land use and transportation that encourage settlement away from the urban core and first-tier suburbs. In a video snippet I previewed, officials and environmentalists lamented resulting loss of undeveloped land, reduced animal habitat, increased air pollution.

“I’m very concerned about all the communities in America, the way we are growing and the way we are becoming more unequal, both economically and in terms of racial segregation,” Torrice said.

For Jama, one of those responders, the event will be a way of initiating a civil conversation about such issues as equal educational opportunities for all children. Jama was involved in the explosive school boundary dispute in Eden Prairie schools, an experience he characterizes as “very hateful.”

“The New Metropolis” discussion will allow Richfield city officials to describe efforts to renew what they call their “urban hometown” city bordering Minneapolis. “Every first-ring suburb of our age has to figure out how to reinvent themselves,” Richfield Mayor Debbie Goettel told me.

Renewal accomplishments
Among her city’s recent renewal accomplishments are a new and healthier government center and a public works building with partial geo-thermal heating, safer sidewalks, a city program to buy and fix up for resell foreclosed homes, and first-time homeowner loans.

In the first of the pair of films Minnesota merits attention for its regional planning efforts and for comments from University of Minnesota author and law professor Myron Orfield and his studies on changing cities.

Orfield’s research, according to the film, has shown a connection between government policies that promote movement and the economic decline of cities and their surrounding suburbs.

The documentary and the forum will be aired on tpt sometime in May, Mazullo said.