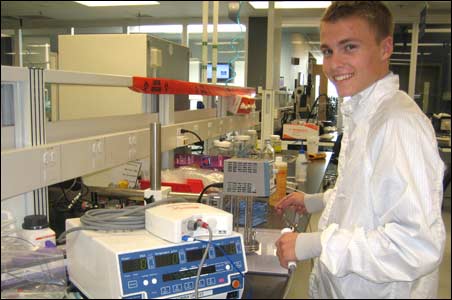 Photo courtesy of STEP-UP Achieve
Job-program placements at companies such as Cargill, US Bank and Boston Scientific, provide youth with work-world experience.

Not surprising given the unsettled nature of the economy, the nation set a record low for employing youths ages 16 to 24 during the month of July, including new college grads, denying them not only income but also work experience, and depriving the work force of youthful enthusiasm, creativity and potential.

Yet looking beyond those stats released Wednesday by the Department of Labor, there are young people like Nancy Sibri Guaman, an honors student and immigrant from Ecuador whose mom is a restaurant cook and whose dad is a waiter.

Nancy spent her summer vacation answering phones and shadowing cardiology nurses on a heart unit at the University of Minnesota Medical Center, Fairview. Plus, she earned a paycheck.

“It was interesting; it was very fast-paced,” says Nancy, a day before the 2011 Patrick Henry High School grad headed off this week to the College of Saint Benedict to start training for a career in nursing, thanks in large part to a summer jobs program.

Nancy and thousands of other Twin Cities youth are able to get work-world experience, recession or not, because of job programs focused on preparing the next generation for the future.

For Nancy, opportunity came in the form of the City of Minneapolis STEP-UP Summer Jobs Program for young people. For others it stems from Genesys Works-Twin Cities, a jobs program based in St. Paul that matches up corporations and high school kids in short-term, paid employment during the school year. I wrote about them last fall. 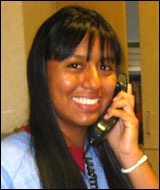 This summer in the Minneapolis program almost 2,000 young people between 14 and 21 were hired for paid internships provided by more than 200 employers. In addition, more than 90 percent of these young interns come from low-income families and more than 85 percent are persons of color.

Paid in dollars and experience
Employers pay them in dollars — from the minimum $7.25 an hour to $10 an hour or more — and in experience. Nancy had job training on the job as well as about eight hours training on topics such as workplace behavior, job interviewing and job performance from STEP-UP.

The program aims, says Jeremiah Brown, director of the STEP-UP Achieve program, “to prepare young people for the world of work, so they have a better understanding of what their opportunities might be in this world.” The program boasts more than 100 types of jobs in career venues as diverse as health care, medical technology, hotels, retail, multi-national corporations, law firms, museums, radio stations or government, for example. More than 14,000 summer jobs have been created through the program since its inception in 2004, he says.

But why, you may ask, should such programs be limited only to kids coming from poor families, to immigrants and students of color?

Besides, Tollefson says, “It’s not just the right thing to do; it’s the smart thing to do. We are helping build the work force of the future that really comprises our mosaic of cultures.”

Kids who grow up in middle class environments, he says, gain an understanding of “what workplace expectations are” and “what their potential role in that environment may be” as well as benefit from middle-class family and social circle connections. Immigrant families and those children who have grown up in families that have known poverty for generations generally lack those benefits.

From the employer perspective, as well, the program is enlightening, says Lucien Justin, operations manager at U.S. Bank in Minneapolis. The bank for years has been welcoming 25 to 30 young people into internships and training them to balance and reconcile financial accounts as well as adhere to job performance expectations.

“We treat them just like any other new employee,” Justin says, adding that over the seven or eight years he’s been supervising the interns he has had only “one or two where I felt like a parent,” having to inform the intern that some behavior was not acceptable. Some need a lot of coaching and others are amazing for their level of maturity, he says. 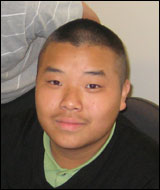 The interns, on the other hand, are exposed to “an alternative social environment” very different from high school, a “real-life work environment,” Justin offers.

For Matthew Vue, 17, for instance, whose parents came to the United States with $10 and the clothes on their backs following the Vietnam War, interning through STEP-UP at Cargill the last two summers in their IT department has been life-changing.

Not only has this only son in a family of 12 children made career connections, but he now also sees a potential career path for himself, he says. Besides having an “enriching experience, while working a 40-hour-week and earning $10 an hour, he learned the importance of persistence as well as what it means to look and act professional on the job.

Through Edison High School, the senior is enrolled through the Post Secondary Education program at Minneapolis Community and Technical College, taking four college classes. “I definitely think it’s necessary to invest in the children of the future,” Vue explains, adding that the program betters the city of Minneapolis and helps supplement incomes of student interns’ families.

Bradley says he learned this life lesson: “I’m young so I don’t have much experience, but I’ve tried to counteract that by being good at knowing when to ask questions and when I should figure things out on my own.” 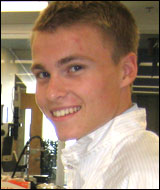 Had it not been for STEP-UP, he probably would have worked a landscaping job this summer. Now 18, he heads off this fall to the University of Wisconsin-Milwaukee to study engineering.

As for Nancy, who just finished two months working at the cardiac unit for the second summer, those first days last year were pretty intense. “I thought, ‘Oh my gosh,
what did I get myself into?'”

“Little by little I learned along,” she says.

A bright spot for young workers in a gloomy economy