Two religious groups at both ends of the political spectrum are trying to raise these social concerns in the fierce debate over a new Vikings stadium.

Plans to expand legalized gambling  to help finance a new stadium have prompted an unlikely alliance of the progressive Joint Religious Legislative Council (JRLC) and the conservative Minnesota Family Council to oppose gambling proposals. Representatives from the groups argue that gambling takes a huge human toll, especially on the poor, and that eventually society will have to pick up the check. 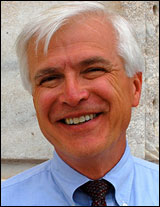 Tom Prichard, president of the Minnesota Family Council and who also testified at the Capitol hearing, agrees. “There’s a spill-over effect. It breaks up families, causes crime and divorce,” he said.

Prichard points out that gambling disproportionately hurts the poor. “Generally, it is understood people who gamble the most are the lower economic classes, so it’s a regressive tax as well,”  Prichard said.

The state should be protecting its citizens, rather than encouraging them to do something not in their best interest, Prichard adds.

Gambling survey
A 2010 survey by the Minnesota State Lottery shows 64 percent of those earning less than $15,000 a year gambled and 67 percent of those in the $15,000 to $25,000 household income range did so as well,  according to Don Feeney, the lottery’s director of research and planning. Of those making more than $25,000, 82 percent had gambled at least once in that year.

But Feeney adds a caution. Beyond household income, other poverty indicators were not measured in the survey. So, gamblers surveyed indicating low income could be very poor or be college students supported by family members, for example.

Interesting to note, the lottery’s survey defines gambling broadly to include not only lottery tickets, pull-tabs, racing, casino betting and playing cards for money, but also friendly wagers, say on a golf course.

Gambling participation since the Great Recession is mixed. For the fourth consecutive fiscal year, Minnesota State Lottery ticket sales set a record, coming in at $504.4 million, a 1.1 percent increase over last year, but gambling overall across the state is down, according to Feeney. Charitable pull-tab gambling is down about 30 percent from its peak five or six years ago — perhaps because the clientele is aging out of the past time – and gambling on racing is down as well, he said. Anecdotally, casino gambling is down, too.

Across the country, some lottery ticket sales have increased in some states, while others have decreased.

Two million, or about 1 percent, of U.S. adults can be defined as pathological gamblers, with another 4 million to 6 million considered “problem gamblers,” according to the National Council on Problem Gambling, of which Feeney is president.

Only Hawaii and Utah do not allow some form of legalized gambling.

For thousands of years, Feeney stresses, gambling has been controversial in faith communities.

‘Problem gamblers‘
Rusche, who heads the JRLC, a coalition of Catholic, Islamic, Jewish and Protestant religious organizations, elaborated in his group’s blog “Justice We Pursue:”

“[E]scalation of gambling comes with demonstrable social costs: addiction, family violence, divorce, embezzlement, theft, suicide, child neglect, police and court costs, lost productivity, just to give them the short list. The whole business model of a casino rests on 48 percent of revenues coming from customers who meet the definition of ‘problem gamblers’ and push real and measurable social costs onto all of us. The best social scientists and public health research tells us that these costs outweigh the benefits by a ratio of about 3 to 1.”

Prichard and Rusche oppose expansion of video and electronic gambling, saying they are highly addictive. Something like paper slot machines, pull-tabs are operated by charities and sold exclusively in bars.

“You say the words ‘electronic pull tabs’ and it sounds so benign,” but these hand-held devices are like portable slot machines easily passed around a business establishment with little staff or overhead required, Rusche said. That could mean expanding gambling into thousands of locations, he said.

Prichard added: “Targeting problem gamblers as the primary source of revenue to fund a stadium is just bad public policy.”

About the alliance between the two organizations, Rusche acknowledges it’s unusual. In October, they joined in with Citizens Against Gambling Expansion for a media event.

But he adds: “With the gambling issue, the political wedge isn’t between conservatives and liberals, it’s between those who study gambling’s effects and those who have a high need not to know.”

One more issue in stadium debate: human toll of gambling