There are many pathways to knowledge, including popular fiction.

So I’ll admit unabashedly that my enticing introduction to some of Minnesota’s Ojibwe language comes not from a history text but from Cork O’Connor, lead character in some of local author William Kent Krueger’s best-selling novels. O’Connor, a detective, is both Irish and Ojibwe.

I’m captivated especially by the Ojibwe’s spiritual practices and their reverence of nature.

Yet I’ve wondered often how the Ojibwe words sprinkled through his books sound.

Now, thanks to an amazing project in progress at the University of Minnesota and spearheaded by their Department of American Indian Studies, there’s a new online resource called “The Ojibwe Peoples Dictionary”  that opens doors to the sounds and context of the indigenous Ojibwe language and will help preserve it. The dictionary officially launches with a celebration event from  4 p.m. to 6 p.m. April 2 at the McNamara Alumni Center’s Maroon and Gold room at the University in Minneapolis.

More than just a translation tool, the “talking” Ojibwe-English dictionary, which so far boasts more than 30,000 Ojibwe words spoken by native speakers, “sets the standard for how indigenous languages will be learned and preserved into the future,’’ says James A. Parente, Jr., dean of the university’s College of Liberal Arts.

The dictionary is an expansion of a printed volume with 7,000 words called “A Concise Dictionary of Minnesota Ojibwe,’’ co-written by John D. Nichols, a professor in the University’s American Indian Studies department. 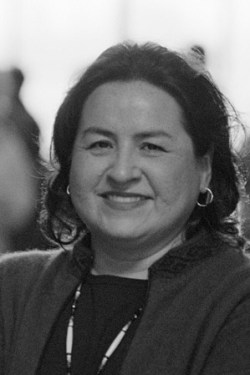 Audio, photos and other documents

Unlike the book dictionaries of our past, with their simple line-drawing illustrations and, of course, no audio, this resource is also a “gateway” leading to related photographs and other documents in collections at the Minnesota Historical Society, the Great Lakes Indian Fish and Wildlife Commission and elsewhere, says Brenda Child, chairwoman of the Department of American Indian Studies.

This, it seems, is a story that begs readers to click.

Hear here, for example, the soft, beautiful sound of “boozhoo,” the traditional Ojibwe greeting so often used by Krueger’s native characters. Or listen to a native elder speak the Ojibwe word “moccasin” and you’ll realize how English speakers have changed it. See photos and read explanations about freezing and drying fish in traditional ways.

Child herself comes from an Ojibwe family and is one of the current generation of American Indians for whom English is the first language in this melting pot United States and so she sees an imperative need to preserve what she calls this “heritage” language.

Though there are more than 200,000 Ojibwe people living in the United States and Canada, including many in Minnesota and Wisconsin, the Ojibwe language is fading in many areas as the monolithic American culture and English envelope it, language preservationists say.

That’s even though the University of Minnesota and other schools are teaching Ojibwe and Dakota language classes. About 50 students, for instance, are enrolled in Ojibwe classes at the UM campus. 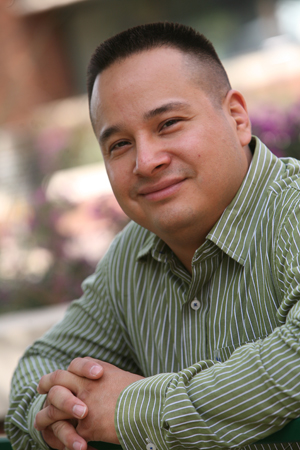 College of Liberal Arts, U of MBrendan Fairbanks

Leona Wakonabo, 72, is one of the Ojibwe elders whose voice is heard online pronouncing words in her native language. She also teaches the language to elementary school children at Niigaane Immersion School on the Leech Lake Reservation in northern Minnesota.

After working with linguist Nichols for about four years on the language project, she sees the dictionary as being tremendously helpful. “I think that’s good for the young people, too, so they’ll learn,” she says. “They would lose that Ojibwe language if there’s no one there to teach them.’’

Interest in the language appears on many levels, not just among the kindergarten pupils she teaches but adults as well.  “When I’m out somewhere, they come to me and say, ‘How do you say this word?’’’

The audio dictionary, she says, also makes clear differences among speakers from different regions, important because Ojibwe is the umbrella language with about a dozen dialects.

The online dictionary is still under construction, a kind of “first draft,” Child says, made available now so people can start using it and for language teachers and native speakers to give feedback.