Some believe the homeless deserve special protection, in fact their own bill of rights.

Or so legislators and the governor of Rhode Island seem to think since the state last week celebrated the recent passage and signing of their own bill of rights for homeless persons,   with some calling it a national model and the most comprehensive piece of legislation involving the homeless in the United States.

The Rhode Island law is designed to “affirm”  the rights of the homeless and prevent discrimination against them at a time when cities, including Philadelphia, San Francisco and St. Louis, have passed ordinances targeting the homeless or beefed up existing regulations.

As for Minnesota, we tend to take a different approach here, says Kenza Hadj-Moussa of the Minnesota Coalition for the Homeless, an umbrella group of 150 member organizations around the state.

Simply put, local advocates for the homeless say, their goal is to house away rather than arrest away the problem, to solve it rather than “criminalize” homelessness.

“Our focus is housing stability rather than passing a human rights law,’’ Hadj-Moussa says, though agreeing there should be no discrimination against people in homelessness.

Homelessness tends to be criminalized at the local level when there are not enough social services available, argues Hadj-Moussa, the coalition’s communications director, stepping in to speak on behalf of the agency’s vacationing executive director.

Here, cities and counties, particularly Minneapolis and Hennepin, house and help people rather than “criminalize” them, as advocates for the homeless call the trend toward policing the objectionable behavior of some homeless people. 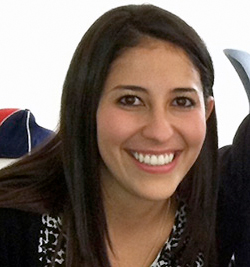 The Rhode Island law makes illegal unfair treatment of people because of their homeless status and includes the actions of police, health-care workers, landlords and employers

Minnesota, because of its network of social service agencies and the fact that every county as well as the state have plans to end homelessness, already has in place safeguards for securing equal rights for the homeless, Hadj-Moussa says.

Take Minneapolis, for example. If there’s a problem with untoward behavior of a homeless person  —  say someone brushing their teeth in the Convention Center bathroom or urinating in the street — says Hadj-Moussa, Minneapolis police can directly contact workers with St. Stephen’s Human Services Outreach Team to step in to address the problem. The city announced in March a 40 percent reduction of chronic homeless persons on the streets, down to 204 persons.

What does the new law mean in Rhode Island?  This, according to the Huffington Post:  :

Among other steps, the Rhode Island law would guarantee homeless people the right to use public sidewalks, parks and transportation as well as public buildings, like anyone else “without discrimination on the basis of his or her housing status.”

It guarantees a “reasonable expectation of privacy” with respect to personal belongings similar to that of people who have homes.

While other laws already guarantee many of the rights specified in this legislation, supporters say it was necessary due to widespread discrimination.

“I think we’ve set the bar high in the U.S. for homeless people, and I’m very proud of that,” said Senator John Tassoni, a sponsor of the bill.

Rhode Island adopts ‘homeless bill of rights’: Do we need one?