Among the hundreds released from immigration detention facilities nationwide as federal budget cut kick in today is a Honduran woman we’ll call Delores.

Like many other undocumented persons she is awaiting action by the Board of Immigration Appeals (BIA), which reviews the decisions of immigration judges.

But whether Delores, who entered this country illegally and on Tuesday was freed under supervised release from Sherburne County Jail, will win the right to stay in the United States or be deported to her home country hinges in part on an interesting legal question:

Is being a victim of severe domestic violence at home partial justification for granting her the right to live legally in the United States?

So far there is no written ruling setting a precedent that includes domestic beatings and severe abuse as legal justification for granting a woman asylum and protecting her from being deported to her home county. A very few cases, however, have been decided along those lines.

Immigration law attorneys favor this interpretation of asylum rules, as does the Obama administration. The Department of Homeland Security almost four years ago called domestic violence “a possible basis for asylum in the United States.’’

The BIA seems to be leaning that direction as well.

The BIA “appears poised” to establish the precedent for immigration judges nationwide, says Benjamin Casper, an immigration attorney who works with the Immigrant Law Center of Minnesota in St. Paul.

A sign of impending change was the BIA’s request of the American Immigration Lawyers Association to file an amicus or “friend of the court” argument supporting the domestic abuse justification. That suggests the BIA may be planning on writing a precedent-setting decision, done rarely.

The brief has been submitted seven times in the last two years. Among those lawyers writing the brief was Casper.

If the precedent were established, women like Delores — a 38-year-old mother of three who doesn’t want her name revealed in fear for her safety — could win legal permission to live in the United States, says her attorney, Sarah Brenes of The Advocates for Human Rights in Minneapolis. 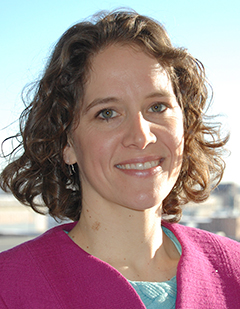 Courtesy of the Advocates for Human RightsSarah Brenes

“It would be a significant advance in asylum law for victims of domestic violence. It would afford them protection,’’ Casper says.

Since asylum cases are confidential, it’s unknown how many applications might be pending. Casper estimates there could be hundreds of such cases nationwide.

He labels as “misguided” any fears that such a precedent could open the floodgates to women. The domestic abuse argument is “one element in a gauntlet of legal hurdles,’’ to attaining asylum, Casper says.

He says such a ruling would allow victims of severe domestic violence from foreign countries to be included among “particular social groups” as described in the law who are eligible for asylum protection.

The amicus brief argues among other points that domestic violence can be a “form of persecution that is perpetrated because of a woman’s gender,” and so allowable under the requirements for asylum.

Under the law, asylum-eligibility basically requires: an applicant has fear of persecution, can demonstrate proof the persecution arises because the asylum applicant is in one of five “protected grounds: race, religion, nationality, political opinion and social group,” and that the government in the applicant’s home country either is involved in the persecution or cannot control it.

A precedent ruling would establish domestic violence as related to gender, and so fall into a protected social group.

The Obama administration in a 2009 immigration appeals court filing said foreign women victims of domestic and sexual abuse must meet other strict conditions for asylum in the United States, but also must demonstrate, according to The New York Times: “…[T]hat they are treated by their abuser as subordinates and little better than property…and that domestic abuse is widely tolerated in their country. They must show that they could not find protection from institutions at home or by moving to another place within the country.’’

A spokesman for the Department of Homeland Security that same year called each case “highly fact dependent” and requiring scrutiny but cited domestic violence “as a possible basis for asylum in the United States.’’ 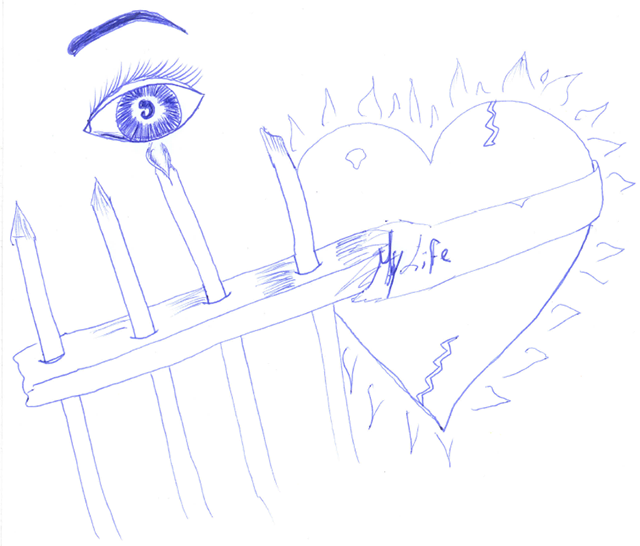 A drawing by a Honduran woman who was jailed in Minnesota and is now seeking asylum because she was a victim of domestic abuse in her home country.

“This really opens the door to the protection of women who have suffered these kinds of violations,’’ Karen Musalo told the Times. Musalo, a professor who is director of the Center for Gender and Refugee Studies at the University of California Hastings College of the Law in San Francisco, also joined in writing the amicus brief.

Since her release Tuesday, Delores is living in a women’s shelter, wearing an ankle bracelet that monitors her movements, and regularly checking in with immigration authorities.

Rape and other abuse

Brenes describes her client as a personable woman with an artistic bent who grew up in a violent household, has “essentially lived on her own since about 10,’’ and then as an adult came into an abusive relationship with a domestic partner.

“She had to flee her country to seek safety,’’ Brenes says.  Delores was raped, suffered extensive physical injury, verbal abuse and life-ending threats over a long period of time from her domestic partner, her attorney says.

The Honduran woman first entered the United States in 2006, but was rapidly apprehended and deported, then re-entered in 2007.

She was apprehended a second time during a routine traffic stop in North Dakota in September 2010 riding with a friend. Subsequently she was convicted of the federal criminal charge of illegal re-entry to the country after deportation. She has served her sentence for that conviction.

Turned back to immigration authorities, Delores is asking the BIA to reconsider its decision to deport her, in part on the domestic abuse issue. Until her supervised release this week, she had been jailed for 22 months.

Should battered women be given asylum in the U.S.?